Your One-Stop Shop: Third Way’s Resources on the Trans-Pacific Partnership

The Big Picture on Trade

As President Obama said in the 2014 State of the Union, “we can’t close ourselves off from those opportunities.” We need a renewed effort to make sure a growing, wealthier world is buying Made in the USA goods and services. The key to that is the Trans-Pacific Partnership (TPP), a trade deal between the United States and 11 other countries that represents nearly 40% of the global economy.

The full deal is publicly available online, but to help policymakers, we have put together a number of trade-related resources—from longer reports on how modern trade deals have been good for Americans to fact sheets and explainers on specific provisions within the trade deal.

Most middle class consumers will live in Asia

To appreciate the importance of this deal, policymakers need to first understand why Asia is so critical to our economic future. In short: Asia is exploding. The combined market of the 15 leading Asian economies grew by 261%, from $1.5 trillion in 2000 to $5.4 trillion in 2014. At the same time, the Asian middle class population is expected to grow to 3.2 billion by 2030, which will be over 2/3 of the world’s entire middle class. The question is: will that expanding middle class buy American goods?

At the present rate, not likely. The United States is severely underperforming in the Asian market. Despite the Asian market boom, the U.S. market share fell by 46% since 2000, the biggest drop of any of the 25 largest exporters into Asia except Japan. But it’s not just in Asia—we’re not getting enough U.S. products in the hands of many global markets. Of the world’s 40 largest economies, the United States ranks 35th in terms of exports as a percent of GDP.

That’s why TPP is so important. We have to expand our ability to sell Made in the USA products to the Asia-Pacific region. And modern trade deals deliver. Since NAFTA, trade deals have increased exports at a far greater rate than imports, improved the balance of goods trade for 13 of 17 countries, turned previous goods deficits into surpluses, and have added a net improvement of $30.2 billion annually in our trade balance in goods alone. The fact that these figures omit our services trade—America’s strength—significantly understates the powerful positive effect these agreements have had across the board.

TPP builds on that trend of high-standard modern trade deals. In fact, TPP is the gold standard for trade deals for two overarching reasons: it sets progressive and high-standard rules for the region, and it gets more Made in the USA products on foreign shelves. Both are critical, and TPP delivers in each area.

If the United States fails to set the rules of trade for the Pacific region, then China will. While the United States negotiated TPP, China has been busily negotiating its own deal for the region. The China-led Regional Comprehensive Economic Partnership includes most of the TPP countries (but not United States, Chile, and Peru) along with India, South Korea, and several smaller countries. China is racing to write the rules in the region—and if they do, Americans lose.

China is racing to write the rules in the region—and if they do, Americans lose.

Just take the trade rules on labor standards—do we want Chinese standards or American standards? Since 2000, China has concluded 13 trade agreements with more than 20 countries. In 1,849 pages of Chinese trade text, the words “labor” or “worker” appear just 17 times. Compare that to American standards. Every U.S. trade deal completed since 2000 has stronger labor protections, enforcement, and monitoring mechanisms than any of China’s deals.

Labor provisions aren't the only area where the TPP is stronger than previous trade deals. We analyzed the top ten environmental standards in the deal and explain why it is the gold standard on environmental protections, earning it the support of organizations like the World Wildlife Fund and The Humane Society.

We review some of the Trans-Pacific Partnership’s (TPP) major agriculture provisions and then show what U.S. producers stand to lose if this trade deal is delayed or blocked.

We also break down standards in one of the most misunderstood parts of TPP: the investor-state dispute settlement (ISDS). ISDS is a legal mechanism that protects U.S. companies and investments in foreign countries and has been made even more progressive in the TPP. 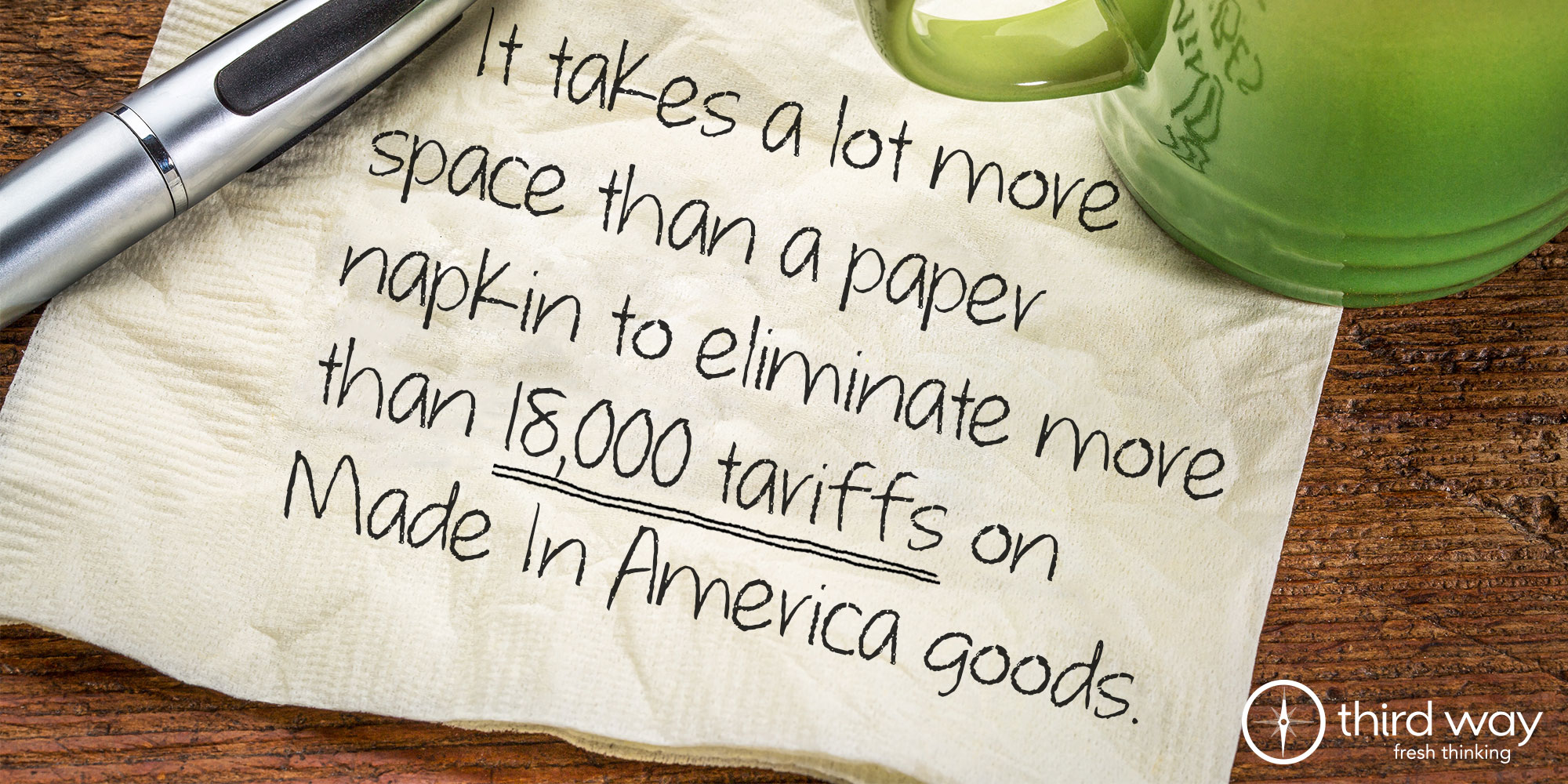 We have a timeline to answer the question on everyone's mind: when will Congress actually vote on TPP? We break down the journey to a TPP vote in our latest memo.

We’ll be updating this space for more information on trade as well as analysis on the TPP.

TPP In Detail: Key Provisions of the Deal

TPP in Brief: Investor-State Dispute Settlement, September 2016
We tackle one of the most widely criticized, yet misunderstood, aspects of the TPP: investor-state dispute settlement (ISDS). The memo summarizes what ISDS is and how it is handled in TPP.

TPP in Brief: Agriculture, February 2016
We summarize a handful of the Trans-Pacific Partnership's major agricultural provisions and then show what U.S. producers stand to lose if this trade deal is delayed or blocked.

TPP in Brief: Labor Standards, November 2015
Strong and enforceable worker protections are a critical component for modern trade deals. We review labor provisions in the TPP and show why it is the gold standard for workers compared to previous trade agreements.

Trade Q&A: What’s the Deal on ISDS?, May 2015
One of the most misunderstood parts of TPP is ISDS. We clarify some of the myths, spelling out that ISDS is very common is trade deals, it has never been used successfully against the United States, and ISDS cannot change any U.S. law.

Help or Hurt? The Effect of TPA & TPP on Manufacturing, May 2015
Manufacturing is the bedrock of the middle class. TPP will not only allow American companies to get their products on more foreign shelves, but will allow them the fair shake that they deserve.

Journey to a TPP Vote: Path to Congressional Consideration, November 2015
An updated answer to the question everyone is asking: When will Congress actually vote on TPP?

Why Trade Deals Matter to the Middle Class

Trade: By the Numbers, April 2015
Get the data on what’s at stake in the trade debate.

Statement to the United States International Trade Commission on the Trans Pacific Partnership, January 2016
Gabe Horwitz, Vice President of the Economic Program, testified before the USITC on the impact of TPP on the U.S. and global economies.

Foreign Markets Aren’t Buying American, May 2015
Of the 40 largest economies, the United States ranks 35th in terms of exports as a percent of GDP. Over the next 15 years, 90% of global economic growth will occur outside the United States. TPP will help tap into that market.

Losing Ground in Asia: Why the U.S. Export Market Share Has Plummeted, August 2015
Despite a boom in Asian markets, the share of U.S. exports in Asia dropped by 46%, the biggest drop of the 25 largest exporters in Asia, except Japan. One sure-fire way to reclaim lost market share is enacting TPP.

What Do Chinese Rules Mean For Worker Rights?, April 2015
Since 2000, China has concluded 13 trade agreements with more than 20 countries. In 1,849 pages of Chinese trade text, the words “labor” or “worker” appear 17 times. Every U.S. trade deal completed since 2000 has stronger labor protections, enforcement, and monitoring mechanisms than each of the Chinese deals. If we don’t set the rules, China will. And those rules are abysmal.