There is a huge opportunity to put more Made in the USA products on foreign shelves. That’s because the world economy is expected to grow by over $60 trillion in the next 15 years—and almost 90% of that growth will be outside of the United States.1

Currently, we’re massively underperforming in getting our products into foreign markets. Of the 40 largest world economies, the United States ranks 39th in terms of exports as a share of gross domestic product—well behind countries ranging from Finland to Chile. Even after eliminating oil exports, which can skew the data for energy-rich countries like Saudi Arabia, the United Arab Emirates, and Nigeria, the United States only ranks 35th of 40. It’s not for lack of trying; American products face some of the steepest barriers to export in the world.

Tearing down export barriers that keep Made in the USA products off of foreign shelves is a must. Trade promotion authority and the Trans-Pacific Partnership can guarantee that American companies have access to foreign markets and can compete on a level playing field. 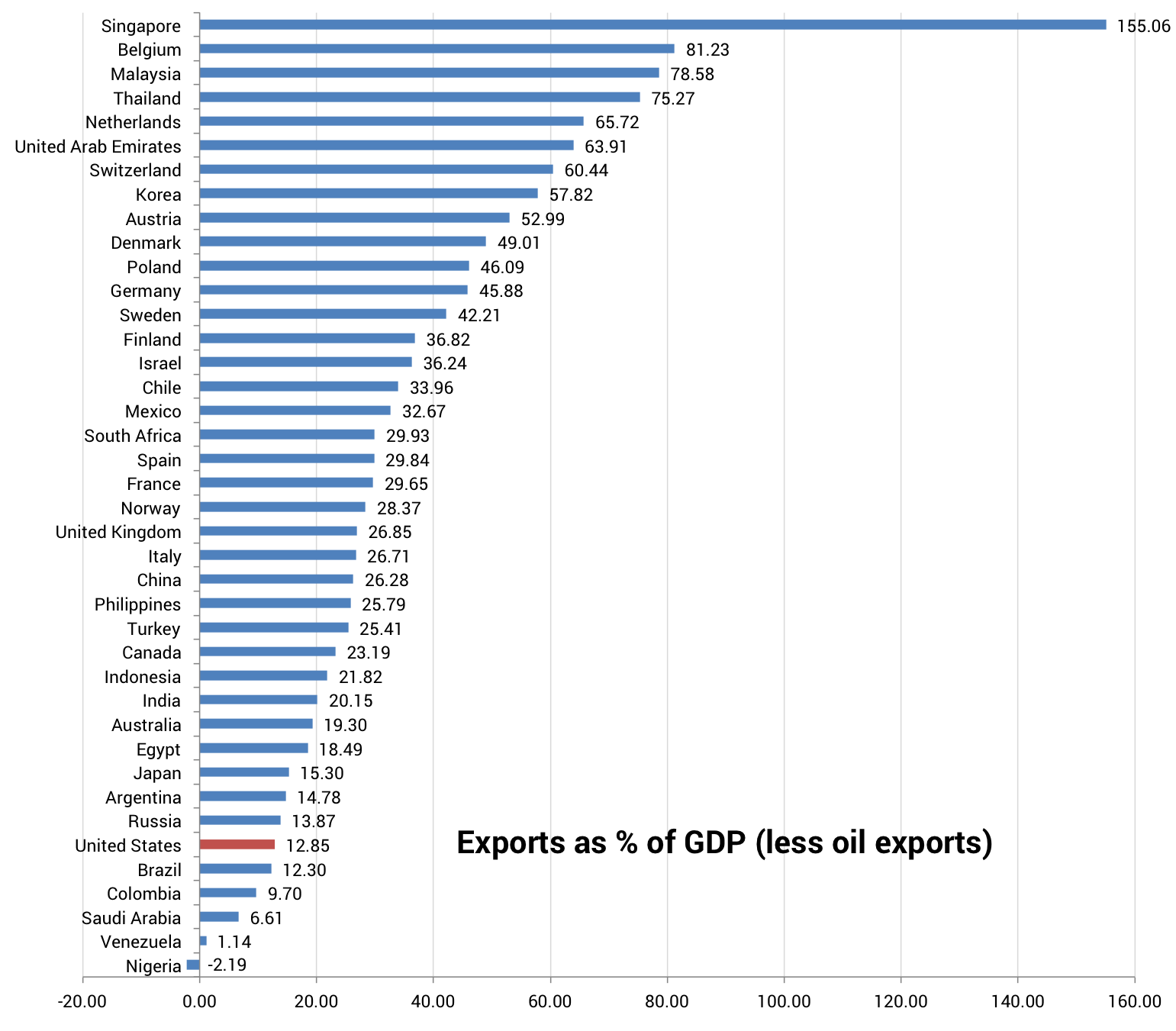