Cindy was born in British Columbia, Canada to Danish parents. When it came to picking her major, International Relations was the obvious choice. It was the 1990s and the possibilities seemed endless. International negotiations on nuclear, chemical and biological weapons were underway while civil society movements came together to lead a treaty banning landmines. The Soviet Union had collapsed and the European spine of the post-WWII order was shifting to a post-Cold War one. There was a single market, Schengen and an expanding NATO. It was a decade shaped by the economic ‘peace dividend’ third-wave feminism, Grunge music and the world wide web.

By the end of the ‘90’s, the European political map was transforming (again) and she set her eyes on Central European University (CEU) located in Budapest. Hungary had recently joined NATO and was on its way towards EU membership. With a student body mostly from central and eastern Europe at the time, CEU offered an East-West mingling unlike anything Paris, Amsterdam, or London could. After graduating with her Masters, she interned at the Canadian Embassy in Hungary and then moved to Ottawa the following year to work at the foreign ministry. Positions among others included Senior Policy Advisor, Global Partnership Program; and Senior Policy Advisor, Foreign Intelligence Division. During those years she came to fully appreciate the concept of ‘total war,’ the absurd notion of both sides preparing to unleash every nuclear, chemical or biological weapon stockpiled if the cold war turned hot.

After five Ottawa winters, she went back Europe, this time to Denmark, her other home country (admittedly not the best for winters either; but more akin to Vancouver than Ottawa). She completed a PhD at the University of Copenhagen and during her tenure at the Danish Institute for International Studies (DIIS), she focused on understanding governance of the front-end of the fuel cycle, touching even the Arctic as discussions between Copenhagen and Nuuk gained momentum on the peaceful uses of Greenland’s uranium.

In 2016, she hopped back across the pond, this time joining the Stimson Center team in Washington, D.C. She currently leads Stimson’s Nuclear Safeguards program which focuses on how emerging technology and emerging nuclear facilities are having an impact on regulators and industry in implementing safeguards. She also leads Stimson’s Blockchain in Practice program which is at the forefront of studying and testing distributed ledger technology as a novel solution for creating greater efficiencies, transparency, and security in reporting related to international security regimes. 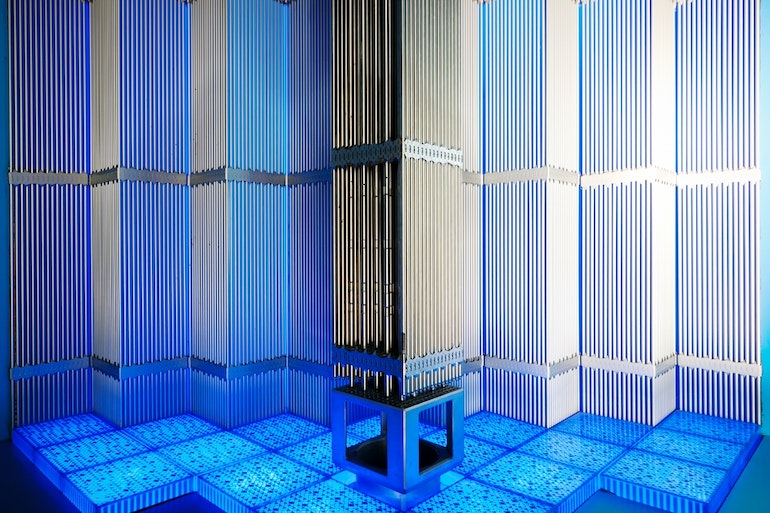 Back-end to Innovation: How Disposal of Nuclear Waste is Breaking New Ground