For some, work in the new economy is richly rewarded. But for most—white, black, Hispanic and Asian—it’s a painful struggle. Globalization has outsourced good-paying jobs. Technology has replaced workers. Systemic racism devastates communities of color. Unionization has shrunk. Capital is hard to come by. Skills don’t match available jobs. Wages are stuck. Health care is too expensive. And traditional pensions have vanished.

To turn that around and build a coalition that can defeat Trump, Democrats should focus on using government to expand opportunity, with new ideas to ensure that everyone, everywhere has a shot at earning a good life where they live.

To defeat Trump and Trumpism in 2020, Democrats need a message and vision that unites a broad coalition of voters. A focus on expanding opportunity wins with core constituencies while also appealing to disaffected Republicans, Independents, and non-traditional voters. In head-to-head polling, Democrats preferred an Opportunity narrative over the far left and Trump's far right narratives.

Democrats overall chose an Opportunity narrative by 11 points, but it also won with women by 11 points, people of color by 10 points, and millennials by 13 points.

Looking toward a general election, Independents backed the Opportunity agenda by a 40-point margin, creating a powerful coalition with base voters that can recapture the White House and send Trump packing.

The crisis of opportunity is the central challenge that policymakers must solve. Far too many Americans face dwindling opportunities to get ahead where they live and no longer feel confident that they and their kids will have a place in the economy of the future. That's why Opportunity Economics are focused on addressing three core problems: disappearing jobs, deteriorating skills, and diminishing benefits. These forward-looking policies will mend, but not end, capitalism for the Digital Age by repairing the basic bargain that hard work leads to a good life for today's workforce. 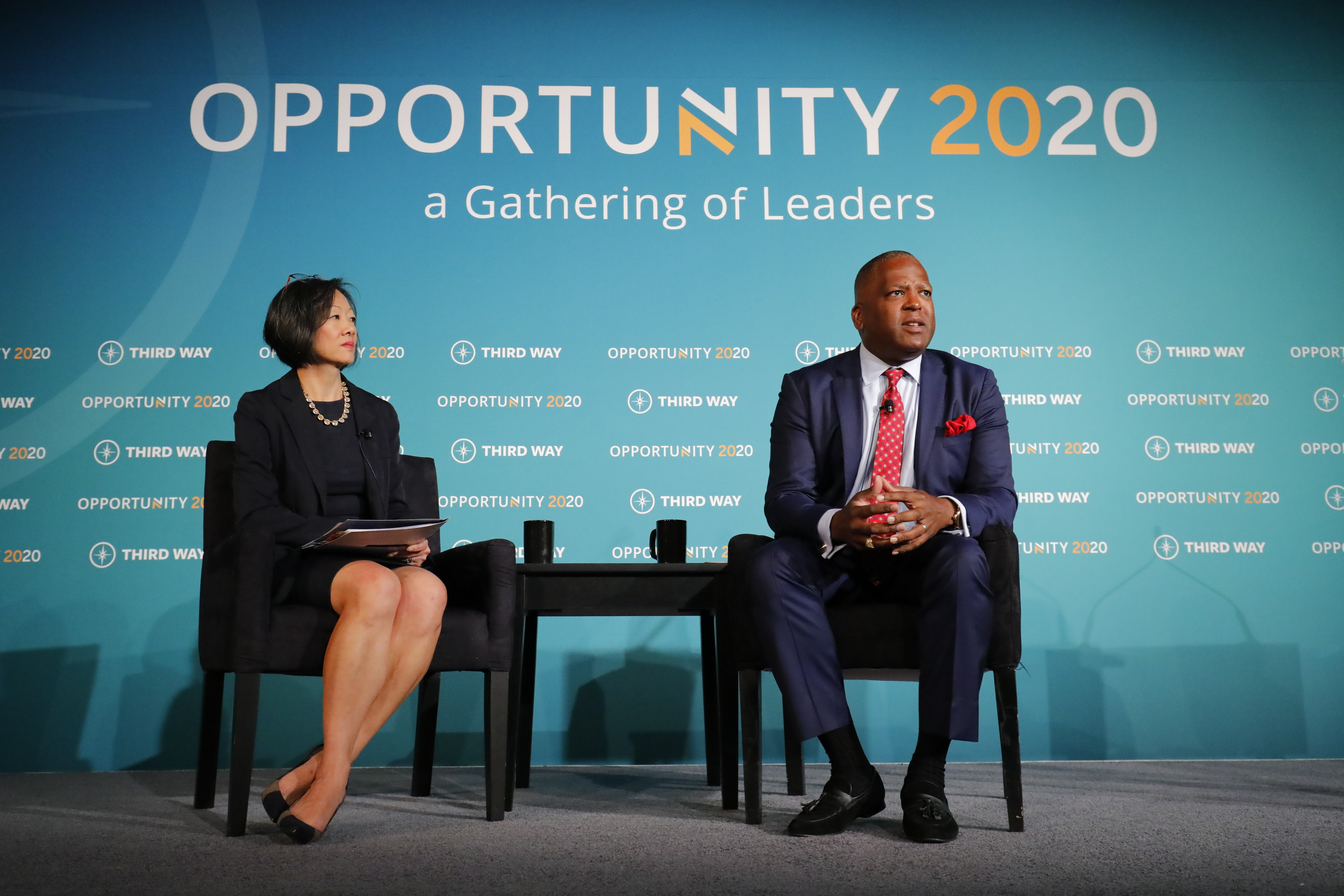 Mayor Steve Benjamin from Columbia, South Carolina speaks with Amy Lieu about how important it is to make sure mid-sized cities are places of opportunity at #Opportunity2020. 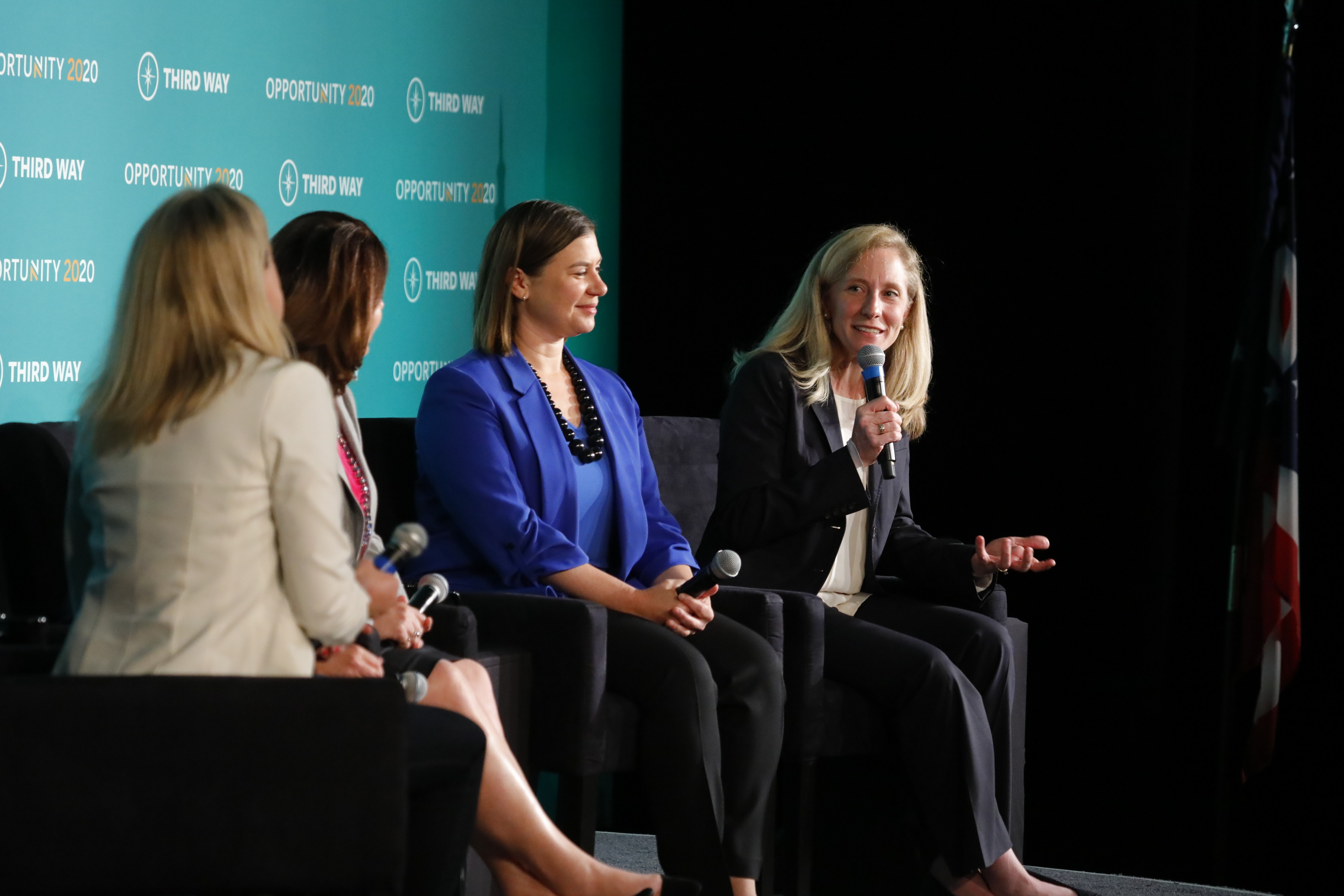 Rep. Abigail Spanberger from Virginia's 7th District speaks about how she is connecting with voters during a panel with Rep. Elissa Slotkin from Michigan's 8th District and Rep. Chrissy Houlahan from Pennsylvania's 6th District.

In August 2018, Third Way convened 250 Democratic leaders in Ohio to chart the path to victory in 2020. Participants from 20 key states discussed the messages and ideas that could rebuild Democratic majorities and restore the American Dream for the Digital Age.

Where you live in America matters in your economic prospects. The political map reflects in part the places of economic distress. —@SteveBenjaminSC

Ensuring that opportunity exists for everyone, everywhere is the challenge of our time. America cannot lead in a modern, global economy if the future is only bright for those in the “right” zip code, with the “right” degree, and who are lucky enough to avoid discrimination. But as families faced a changing economy, too many didn't believe Democrats had a plan that would help them get ahead.

The volume is quite loud on the Far Left, but don't discount the "silent majority" in the Center of the Democratic Party, moderates tell me. My report from Ohio https://t.co/TL2DPYsy52 #Opportunity2020