Oil Markets Are Stabilizing, But It’s Still an Industry in Decline

In April, oil markets sunk rapidly as the pandemic stopped traffic and mobility around the world. It triggered a 30-year low in global oil demand. Today, both demand and supply of oil look very different: We have already seen oil bounce from negative price quotes in April back to over $40 a barrel. But even as markets stabilize, oil and gas remain a volatile commodity business in a context of high uncertainty. The last thing we need to do is revive an industry that should be on its way out the door in the 21st century. Rather than continuing to support it, we need a plan so workers don’t have to pay for the short-sightedness of the industry.

Data suggests that gasoline demand is making a quick recovery as countries begin to re-open. Google and Apple document mobility statistics of smart phone usage, which are a great way to see the remarkable daily changes in driving and walking. For instance, they register the change in routing requests on mapping apps like Google Map and Apple Map. The overall picture these data paint is that, although countries are not going back to pre-pandemic mobility levels, activity has bounced back relatively quickly. 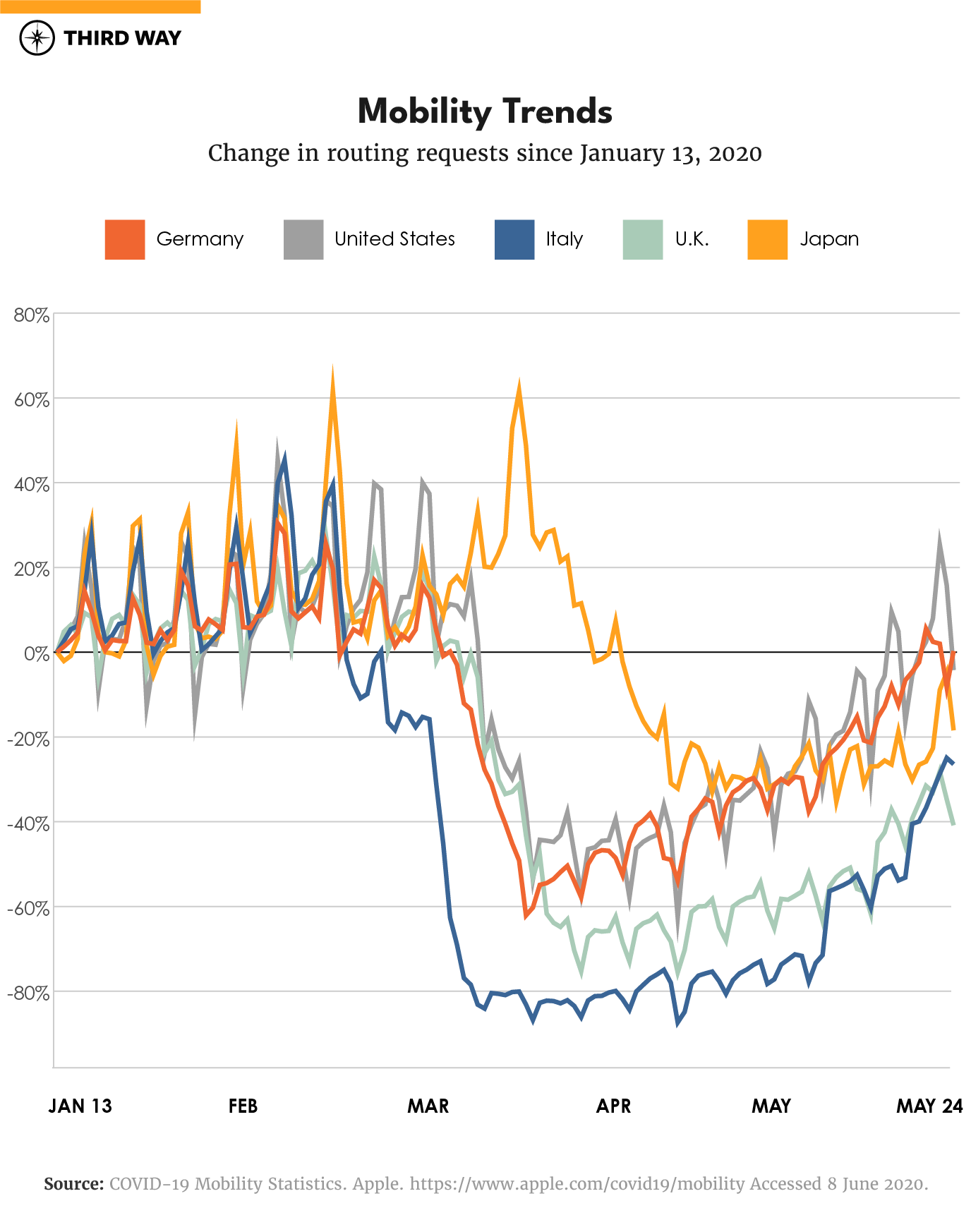 In addition to the recovery of demand, the global effort to reduce supply has been successful, surpassing the expectation of most oil market analysts. A large part of this is due to coordination by OPEC and other major oil producing countries to restrict output during the months of May and June, and most major producers seem to be complying. Last weekend the cuts were extended to the end of July. Even countries outside this OPEC agreement have reduced their output, with the US being particularly responsive. Oil rig counts are down to less than one-third of the February levels. 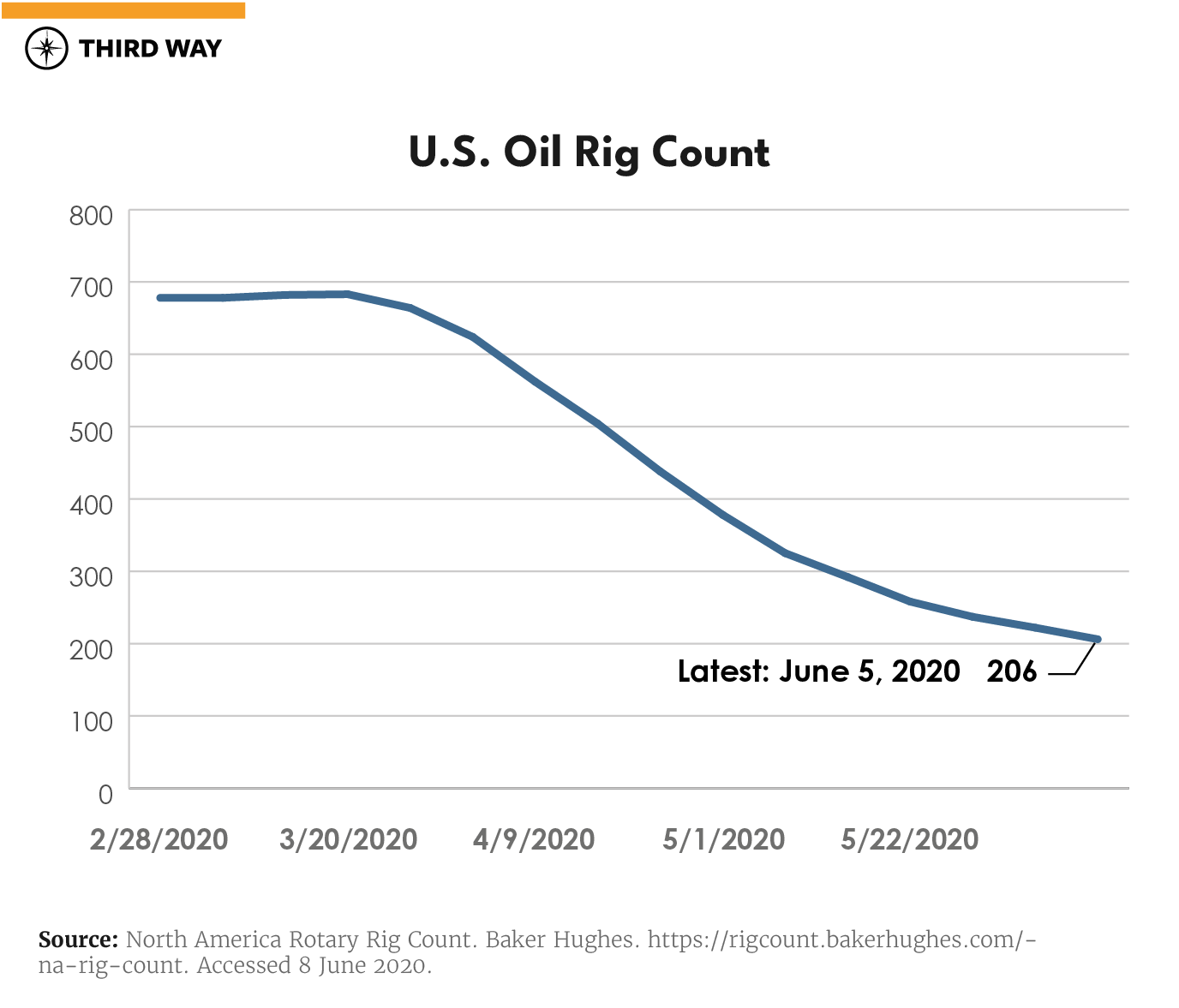 None of This Changes the Grim Reality of the Industry

The financial conditions in the oil industry were weak coming into the pandemic: Since 2005, oil and gas stocks have had some of the worse performance in the entire market, with an annual return of about 2% versus the S&P average of about 9%. Many major oil companies were already facing a wave of credit ratings downgrades throughout 2019. 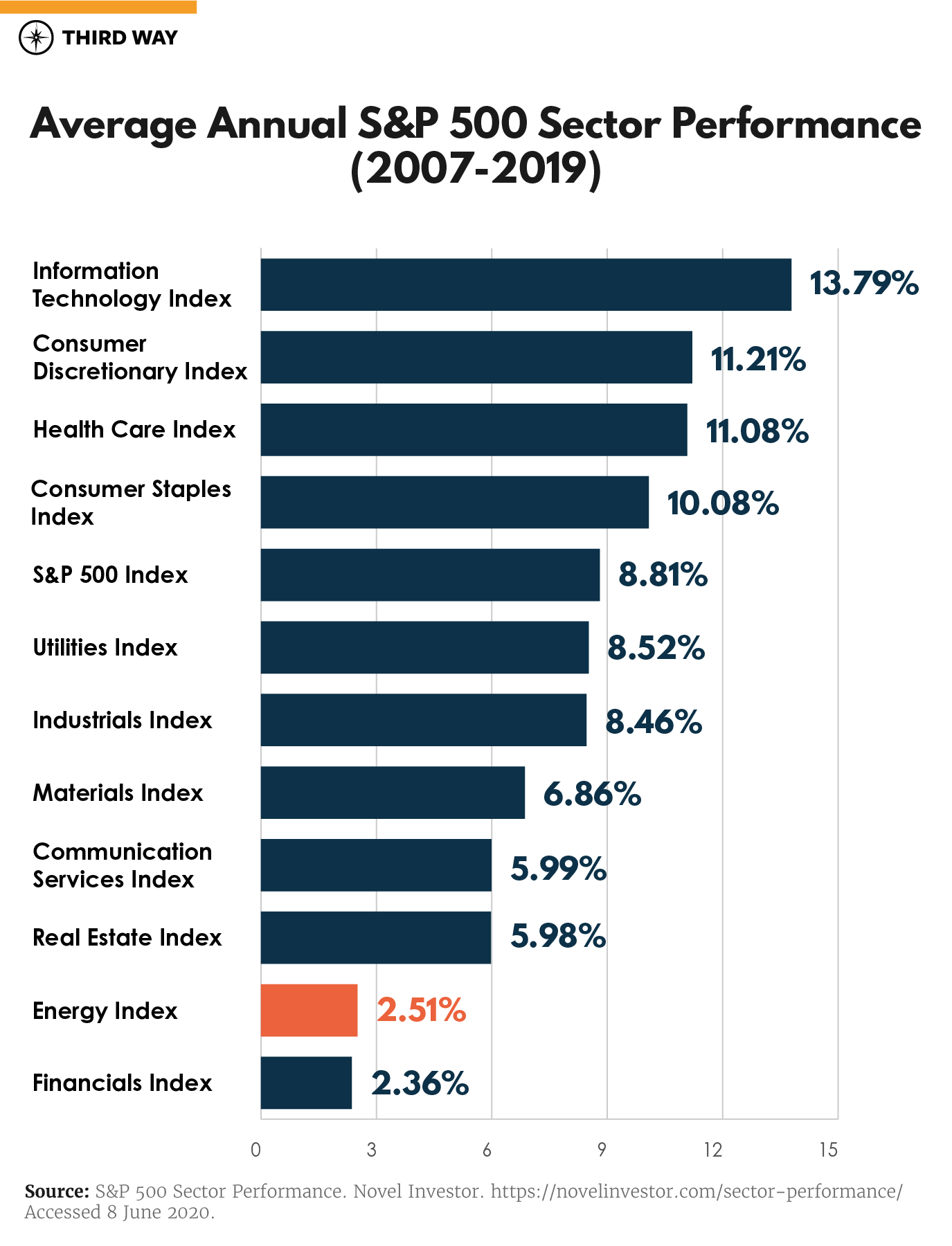 By the looks of it, the industry would have struggled even in absence of the pandemic. But now the future is particularly bleak. Current oil prices are still trending well below the $60 range last summer. A steady price of $40-50 is nothing to celebrate given that it is barely enough to break-even for many producers.

The industry’s lackluster performance is all the more salient given that the fossil fuel industry still benefited from about $5.2 trillion in subsidies per year as well as special regulatory treatment. Most recently, the Administration is reducing royalty payments for some oil companies drilling on federal lands, while at the same time billing wind and solar generators for 2 years of retroactive rent.

Finally, the oil and gas industry also provides the fuels that cause a substantial portion of the world’s harmful greenhouse gas emissions. For instance, in the US about 45% of energy-related CO2 emissions come from burning petroleum fuels, while 31% come from burning natural gas. Even in the best case scenario for containing COVID-19 and economic recovery, we still need to take actions to reduce the staggering 100 million barrels a day of global oil consumption. A rosy picture for the oil and gas industry after the pandemic is simply unfeasable with genuine action on climate.

At the end of the day, it’s the workers of the industry who will pay for the industry’s myopia. British Petroleum, for instance, annouced it would cut 14% of its global workforce. That’s over 10,000 jobs lost. Given that the economy is likely to stay weak for a prolonged period, we can expect more of this in the coming months. 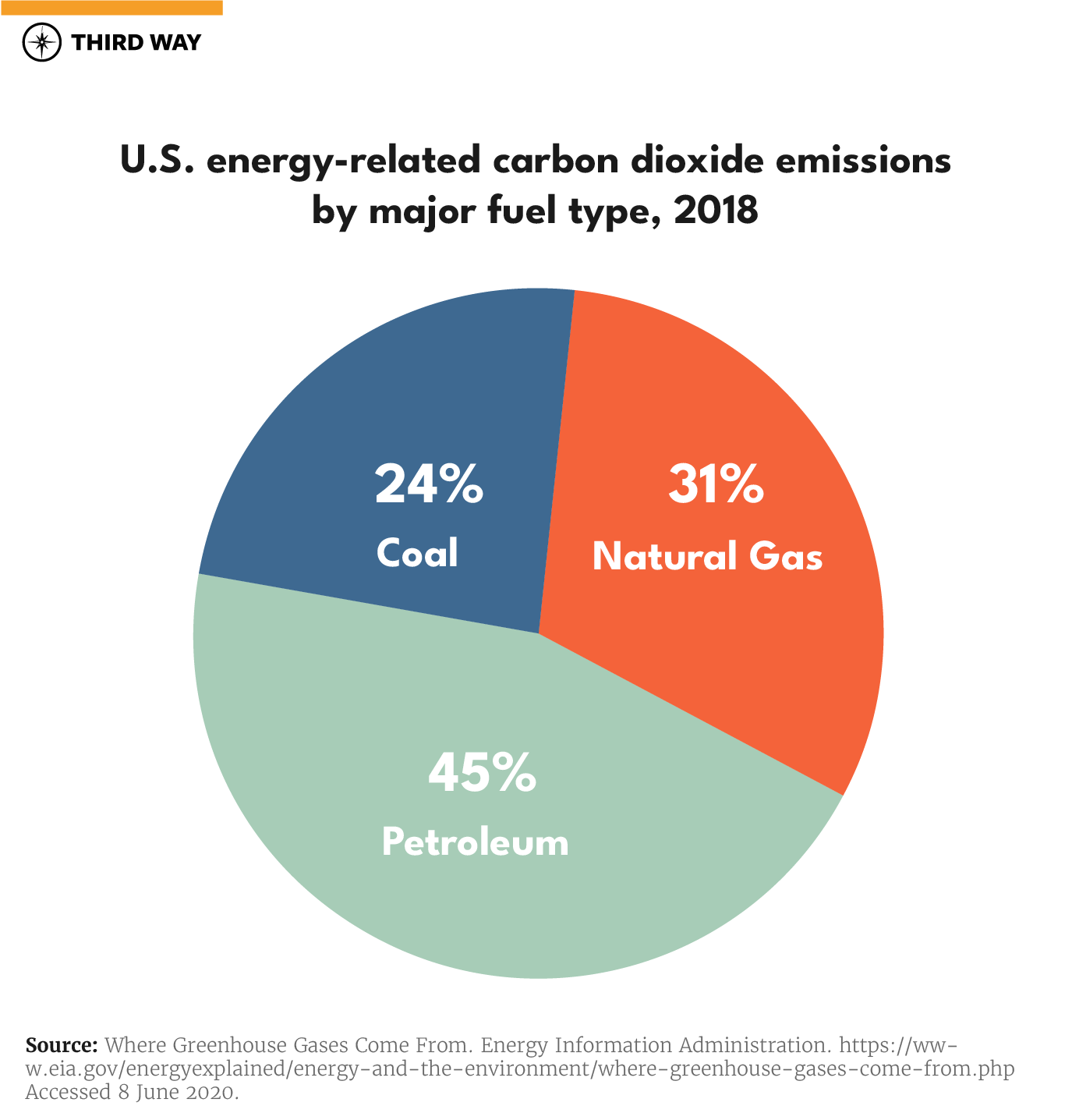 Seismic shifts in industry sectors are not easy to navigate, but we need to start thinking about what to do in order to protect workers in fossil energy. Studies of coal plant closures in Ohio highlight the workforce transition challenges, as well as tax revenue loss, associated with reducing fossil fuel activities.

While a large policy response will be needed, clean energy also has the potential to provide massive opportunity for workers looking to transition out of a dying industry. For example, here are three clean energy subsectors that are growing and will need an influx of new workers:

Let’s be smart and protect both workers and the environment. Helping fossil fuel workers transition out of a dying sector and into new and growing clean energy fields makes sense for the economy and for the planet.