Millions Are Without Jobs. Can the Federal Reserve Do More to Help?

Part thirteen in the Series
The Economics of COVID-19 with Dr. Ellen Hughes-Cromwick
View Series

This morning, the Department of Labor announced that nearly 4 million more people have filed for unemployment insurance benefits during the week of April 25th. That brings the total for the last six weeks to a record of over 30 million and well above the pre-COVID, six-week period of 1 million filings. The lifeline these benefits provide cannot be overstated, even as many states, according to a New York Times investigation, set up roadblocks for workers trying to access these benefits. It is staggering to see many states who only help less than 30% of their unemployed residents. Clearly, there is a need to fix the system so the safety net grows, reaches more people, and better absorbs shocks like the one we are experiencing. 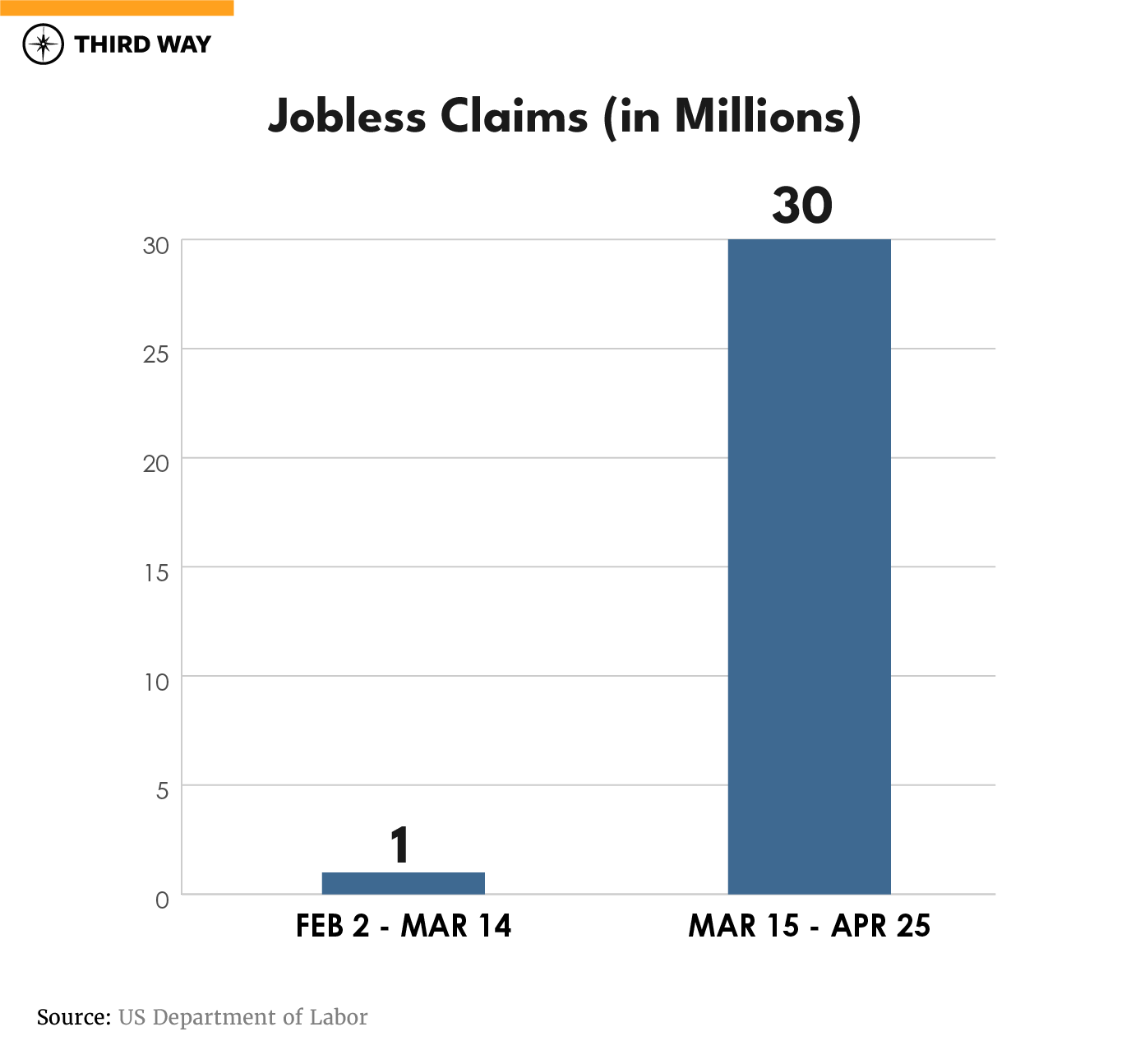 The Federal Reserve has thrown over $10 trillion of liquidity and lending at the crisis to keep credit flowing to households and businesses, shore up financial markets, and ensure the system can work. But the tempo of Fed action has slowed since late March and early April. Even so, they moved ahead with an important announcement on April 27th: They have now expanded the Municipal Liquidity Facility (MLF), which is designed to support a wide range of municipalities, from state and county governments to municipalities and even multi-state government entities. With an initial purchasing capacity of up to $500 billion for securities with maturities up to 36 months, this will provide a key source of funds.

The “new” news in the announcement is that they have widened the scope of counties and cities which qualify for this liquidity, now including the District of Columbia. The expansion announced on April 27th also allows participation in the facility by certain multistate entities. Government securities whose credit rating slipped below investment grade after April 8, 2020 are also now eligible. That is important because, as our governments across the US responded to the COVID crisis, they have incurred huge expenditures at the same time their income and sales tax revenue dried up. Consequently, these entities need direct support, as outlined in Third Way’s recent “Save Our States” rescue plan.

While House Democratic leaders have pushed for aid to state and local governments, it was not included in the Phase 3.5 relief package signed into law last week. Already, state and local government officials have been announcing cutbacks at a furious pace. The City of Cincinnati has furloughed 20% of its workforce. Rhode Island released a report yesterday outlining the state budget crisis, noting that it took five years for personal income taxes to rebound following the Great Recession.

The Federal Reserve left interest rates unchanged at 0 - 0.25% at their monetary policy committee meeting yesterday. They indicated ongoing support for credit markets and smooth functioning of financial markets more broadly. The Fed reiterated its policy of buying US Treasury bonds, agency (Fannie Mae and Freddie Mac) mortgage backed securities, as well as commercial mortgage backed securities in order to ensure these markets remain stable in the weeks ahead. Combined with the lending and liquidity facilities, the Fed is committed to keeping the flow of credit going to households and businesses, making sure the financial markets are not the “cause” of the problem, but rather part of the solution.

At present, the Fed’s lending facility is the main federal component of help for states and municipalities. It is not nearly enough, considering the enormous challenges they have confronted during this pandemic and shutdown.

Finally, the Fed announced today an expansion of its Main Street Lending Program (MSLP). This program now includes expanded support for many different types of small and mid-sized businesses and offers attractive interest rates on loans up to $10 million over a 4-year period. The Fed is also expanding eligibility to businesses with 15,000 employees or up to $5 billion in annual revenue. All in all, the support for small- and mid-sized businesses is more robust with this announcement and is available for an extended period of time.