Suggested message: The Second Amendment protects an individual right to own a firearm, but this right doesn’t extend to terrorists and criminals.

Opponents of reasonable gun regulations believe that terrorists and criminals should have the same right to a gun as law-abiding citizens.

If there is one lesson about guns, it is this: expect the unexpected. The gun issue crops up when unpredictable and catastrophic events occur—the Columbine massacre, the shooting of Congresswoman Gabby Giffords, or the movie theater tragedy in Aurora, Colorado. After a devastating gun event, it is not unusual for the gun debate to be ignited based on a particular loophole in the law that was exploited. For Columbine it was the gun show loophole; for the Gabby Giffords shooting it was the assault weapons ban; and for the Aurora tragedy it was high-capacity ammunition magazines.

For supporters of reasonable gun safety restrictions, we recommend a rights and responsibilities message. 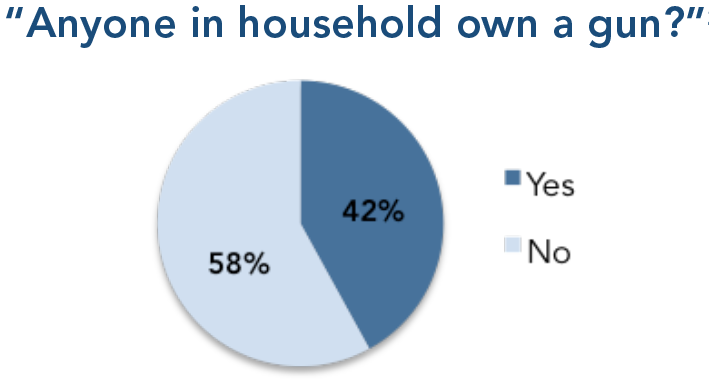 The Supreme Court settled the question about whether the Second Amendment is an individual right. It is, case closed. But the Supreme Court also said that this right doesn’t extend to terrorists, criminals, and people in the country illegally. Americans support laws that protect our rights and go after those who don’t have them.