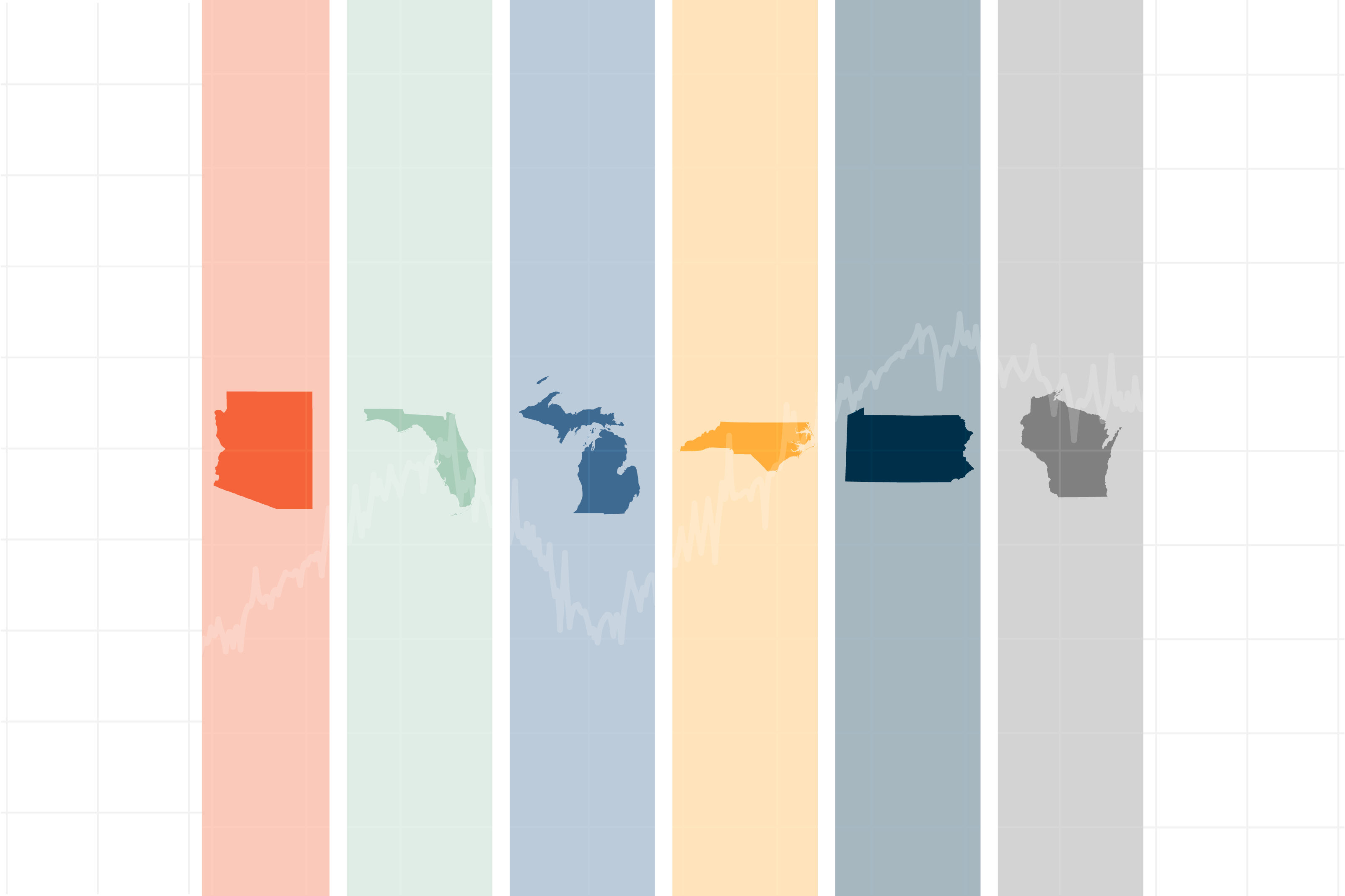 Battleground of the Battlegrounds: Jobs in the Swing State Suburbs
View Series

Ahead of November, the suburbs in six states are shaping up to cast the presidential election’s deciding votes. Arizona, Florida, Michigan, North Carolina, Pennsylvania, and Wisconsin are very different states with different demographics and economic conditions—but all are united in faring better under President Obama in his 2nd term than President Trump in his first, even pre-pandemic.

Our analysis focuses on jobs, the core unit of economic stability and chance to thrive in America. Looking at the numbers, the Obama 2nd term presidency served swing state suburbanites far better than Trump’s first four years—even excluding the months since the Coronavirus recession hit. 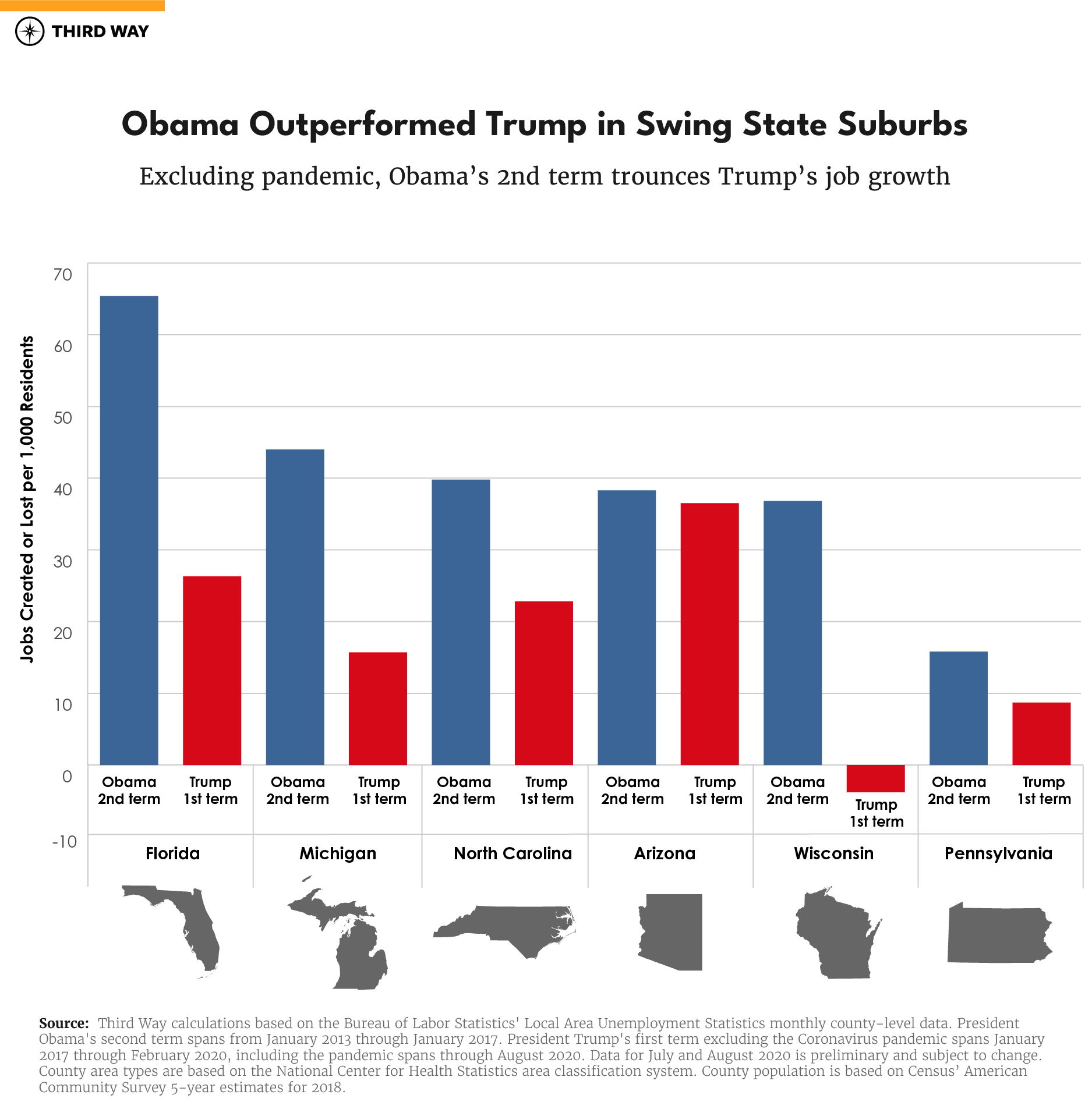 As it stands, it is no contest. The following state-by-state fact sheets dig deeper into the numbers, comparing job performance in urban centers, suburban counties, and rural swaths in each of the six swing states. Our analysis compares the entirety of Obama’s second term, from January 2013 to January 2017, to Trump’s first term withholding the pandemic, from January 2017 to February 2020, as well as the entirety of Trump’s first term, with the recession included, through August 2020. Even excluding the fastest labor market collapse in modern history, exacerbated by the current president’s failed leadership, President Obama’s job performance is superior. When factoring in the COVID recession, the results are not even close.

Millions of jobs were lost in the past seven months, and one party shows far better promise to recover and rebuild the ruins of the COVID-19 economy in 2021 and beyond.