Buckle Up: The Financial Sector Under Trump Could Be Twice as Risky

It’s odd because “repeal Dodd-Frank” is championed by anti-regulation conservatives. Yet “reinstate Glass-Steagall,” the 1933 banking law Congress curtailed in 1999, is a rallying cry of those on the left who believe Dodd-Frank isn’t tough enough on Wall Street. And now it’s also in the GOP platform.

Has Trump finally found a happy middle-ground on an issue? Far from it. Undoing Dodd-Frank and replacing it with Glass-Steagall would make our economy vulnerable to repeating the financial crisis. In fact, the financial sector could be twice as risky under a Trump administration that repeals Dodd-Frank. There are three reasons:

To glimpse what financial risk in our economy would look like without Dodd-Frank, it’s useful to consider a statistic developed by NYU researchers called SRISK. SRISK tells us how many losses are at stake if another crisis were to strike. At the peak of the crisis, SRISK was as high as $1 trillion—and that’s approximately how much it took to get the crisis under control. In times of high uncertainty and volatility, like the debt ceiling standoff in 2011, SRISK flares up—a warning sign that political brinksmanship can harm the economy. Since then, SRISK has steadily come down to around $500 billion, as new regulations have gone into effect to limit how much risk banks can take on.1 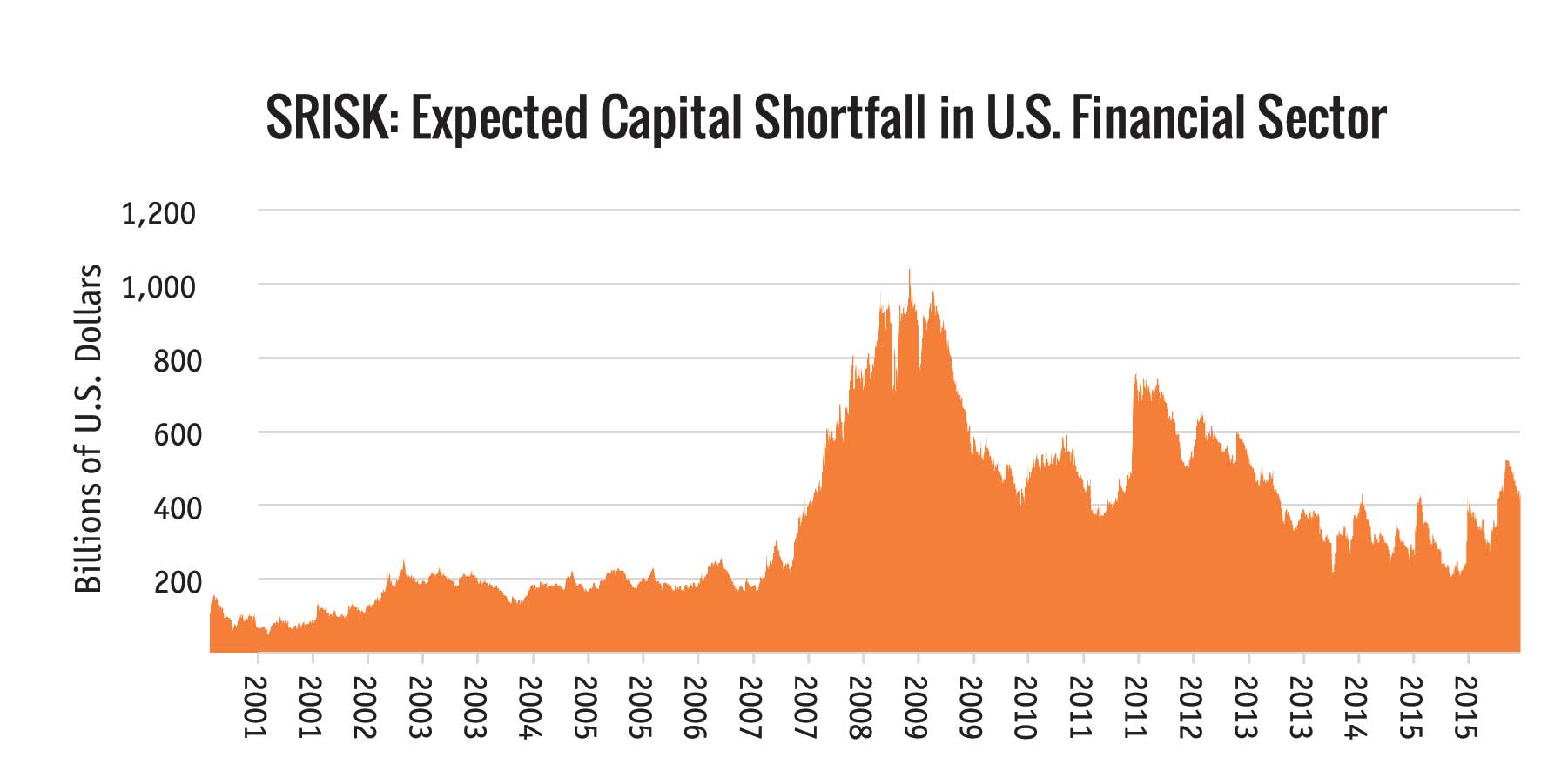 Put it this way: Thanks to financial regulations like Dodd-Frank, the financial sector is half as risky today as it was at the peak of the crisis. We’ve made a lot of progress and have more to do, but that could all be undone by Trump’s desire to “get rid of Dodd-Frank.”2 Replacing Dodd-Frank with Glass-Steagall would leave gaping holes in the laws we have created since the crisis to ensure that it never happens again.

First, Dodd-Frank reformed the $16 trillion banking industry with rules that ensure banks have enough cash and equity to withstand major losses.3 Equity works like an airbag to cushion losses, and as of the end of 2015 banks had 36% more risk-weighted equity than at the end of 2009 (as measured by Tier 1 risk-based capital).4 These rules directly contribute to the recent reduction in systemic risk, making banks less likely to fail. Furthermore, Dodd-Frank requires the biggest banks to go above and beyond the bare minimum. Glass-Steagall doesn’t do this.

Second, Dodd-Frank reformed the $14 trillion housing market by creating stronger standards for mortgage lending.5 Dodd-Frank created the Consumer Financial Protection Bureau (CFPB), which has taken charge of monitoring the mortgage market. The CFPB requires new mortgages to meet common-sense affordability standards, such as confirming that borrowers have the ability to repay their loans, to get government backing. If not, lenders must retain a portion of the loan so that they have skin in the game. Now, lenders have verified ability-to-repay for more than 16 million mortgages.6 Glass-Steagall, however, wouldn’t regulate the many shadow banks that make mortgage loans. Nor would it offer any redress to victims of predatory mortgage lending, as the CFPB provides.

Third, Dodd-Frank reformed the $14 trillion market for Security-Based Swap derivatives with new transparency requirements.7 Because of Dodd-Frank, derivative trading is migrating away from the informal, untraceable channels known as the over-the-counter market. In fact, by the middle of 2015, more trades are made on the viewable trading platforms created by Dodd-Frank than over-the-counter.8 And every single swap trade, whether it’s made on an electronic platform or on the phone, gets recorded in a central data repository. Glass-Steagall would have achieved none of this.

The one thing that Glass-Steagall does do—separating customers’ deposits from the bank’s own money—is actually done more efficiently by Dodd-Frank’s Volcker Rule. Where Glass-Steagall uses a hatchet, the Volcker Rule uses a scalpel, cutting out speculative trading activity from the FDIC-insured side of the bank. Now, almost all of the proprietary trading desks banks used to have are gone.9

Finally, there is little agreement among experts that the original Glass-Steagall legislation could be implemented in today’s economy without supplemental reforms. As several point out, the 1933 law could not have foreseen how the financial sector would grow and change over the following century:

This is why the breadth of reforms in Dodd-Frank are so critical to defend. It takes much more than dividing banks to make the financial sector safer. This includes annual stress testing of banks, the Financial Stability Oversight Council that monitors risks across the economy, and Orderly Liquidation Authority, which ends Too Big to Fail by giving the government the tools to close down the biggest, most dangerous financial institutions. If Trump had his way, all of this would be gone.

Policymakers can continue to do more to bring systemic risk back down to pre-crisis levels by building upon the reforms that Dodd-Frank started. Reducing risk in the shadow banking sector, for example, is a clear next step. By the same token, Congress should consider steps to increase the flow of credit from community banks and credit unions to small businesses. But taking Dodd-Frank away and replacing it with Glass-Steagall would be a huge step backward.

Nine million Americans lost their jobs as a result of the financial crisis and the ensuing recession. Dodd-Frank was written to vastly reduce the risk of such an event happening again. Eight years after the crisis, we’ve succeeded in reducing financial risk by half. Why would we ever want to go back?