Dems and Non-College Voters: An Overview

But among non-college voters of color, Democrats saw their most significant declines, dropping nine percentage points from 84% in 2012 to 75% in 2020. This decline was slightly less pronounced in Senate races, as Democrats dropped six points: 83% in 2012 to 77% in 2020. At a distance, Democratic performance with these voters in 2020 is still impressive, but because of the importance of voters of color to Democrats’ winning coalition, these declines are quite serious and merit a closer look. 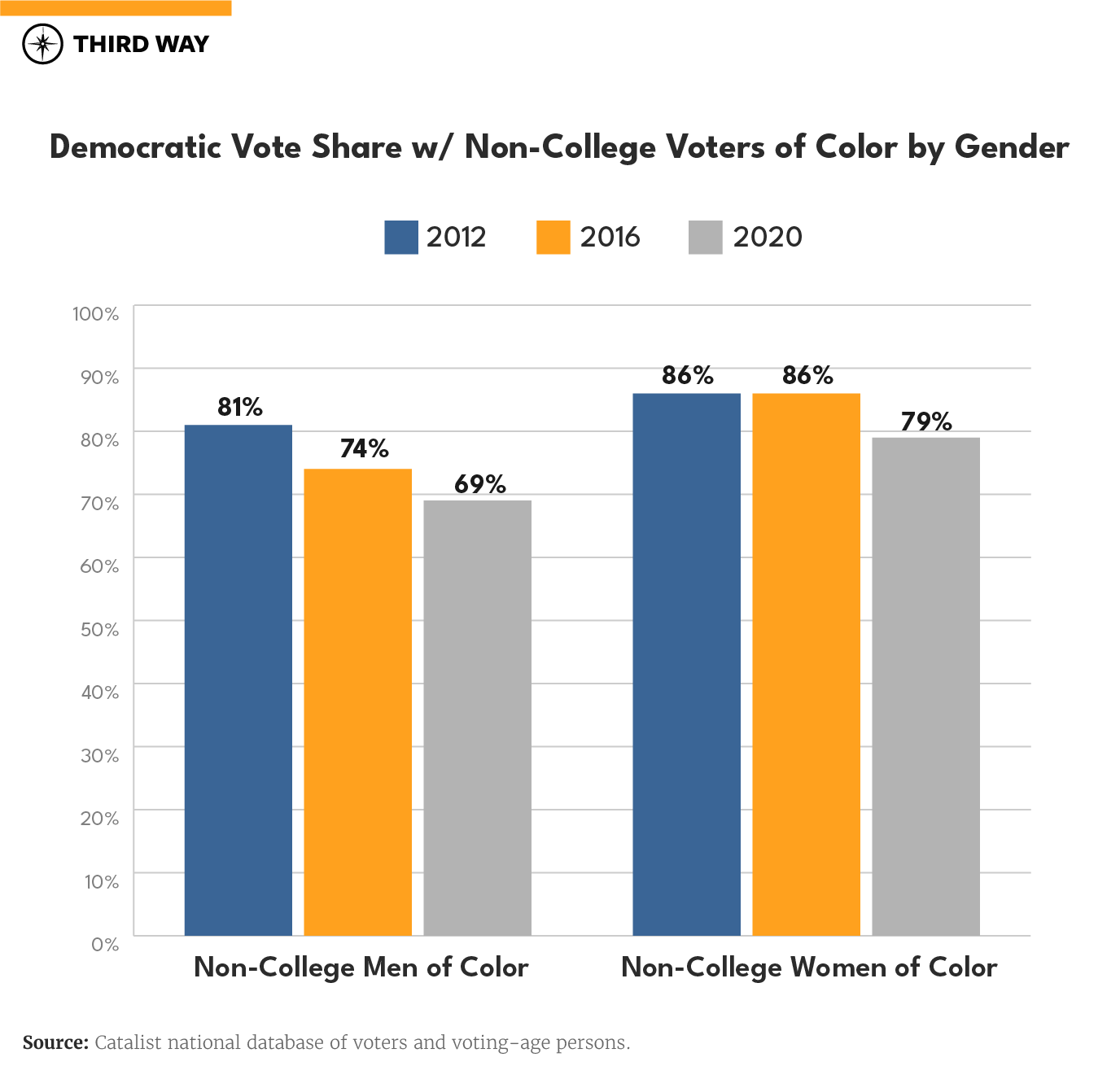 Democrats have long made wishful claims that “demography is destiny,” meaning that as the electorate grows more diverse, Democrats will inevitably continue winning elections. The 2020 election showed that there is no inevitability to Democrats’ success as the country grows more diverse, particularly if the Party continues to struggle with non-college voters. Last year’s election saw increasing polarization by education and decreasing polarization by race. If Democrats want to build winning coalitions in elections to come, they must take careful note of their losses in support with non-college voters and find ways to turn the tide and reverse this trend.