We are setting up for a tough week ahead of news about workers, especially people on the margins, with shutdowns affecting their livelihoods. As data comes in, we’ll see just how tough those numbers will be.

This Wednesday will lead off with the March ADP jobs report, a private sector measure of job losses. This will be followed by Thursday’s jobless claims, and then Friday’s March employment report from the Bureau of Labor Statistics. Remember that Friday’s jobs report will be based on a survey for week of March 8 through 14. This is before the large-scale shutdown of the economy to combat the coronavirus and will not include last week’s historic unemployment claims report. 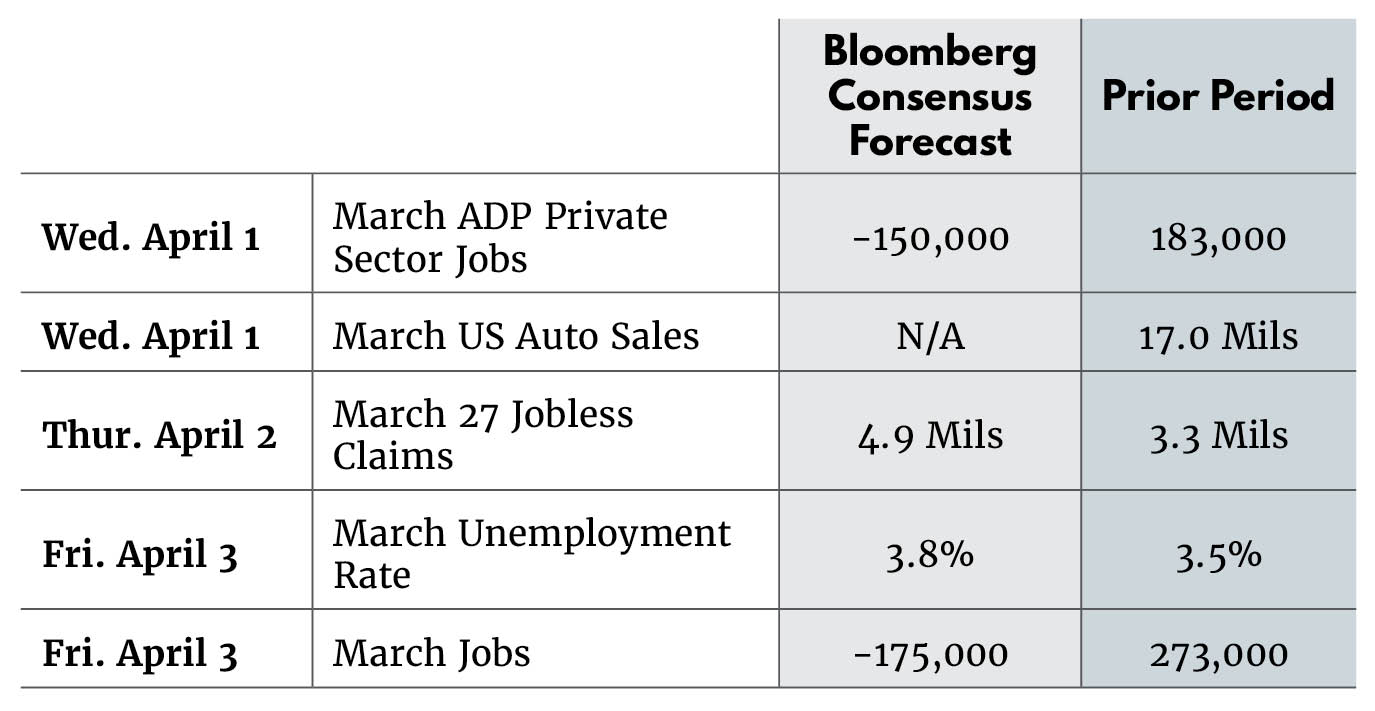 Daily news also gives us numbers to demonstrate the sheer scope of this crisis. Yesterday, Macy’s announced furloughs for most of its 130,000 workers—another sign of how important the policy response will be to our lives over the next several months. A persistent economic downturn which lasts longer than a few months hangs in the balance.

We know from prior recessions that the longer the crisis persists, the more workers will be laid off, and the longer the weak economy will last. Consumer and business confidence will pull back, thereby causing both to postpone unnecessary purchases even as the health crisis abates and physical restrictions give way to a tentative psyche. The economic relief package will certainly help if funds are released quickly and to those who need it the most.

With the Administration’s announcement that social distancing is now extended through April 30, virtually every business must now recalculate the impact on their viability—even with relief funds en route.

But even this Friday’s employment report will not show the whole story as we will need to wait until May 8th for data on the expanded shutdown we are now in. This Friday’s report will begin to help us understand the degree to which these most vulnerable industries were hit in early March, the first full-blown month of the crisis. 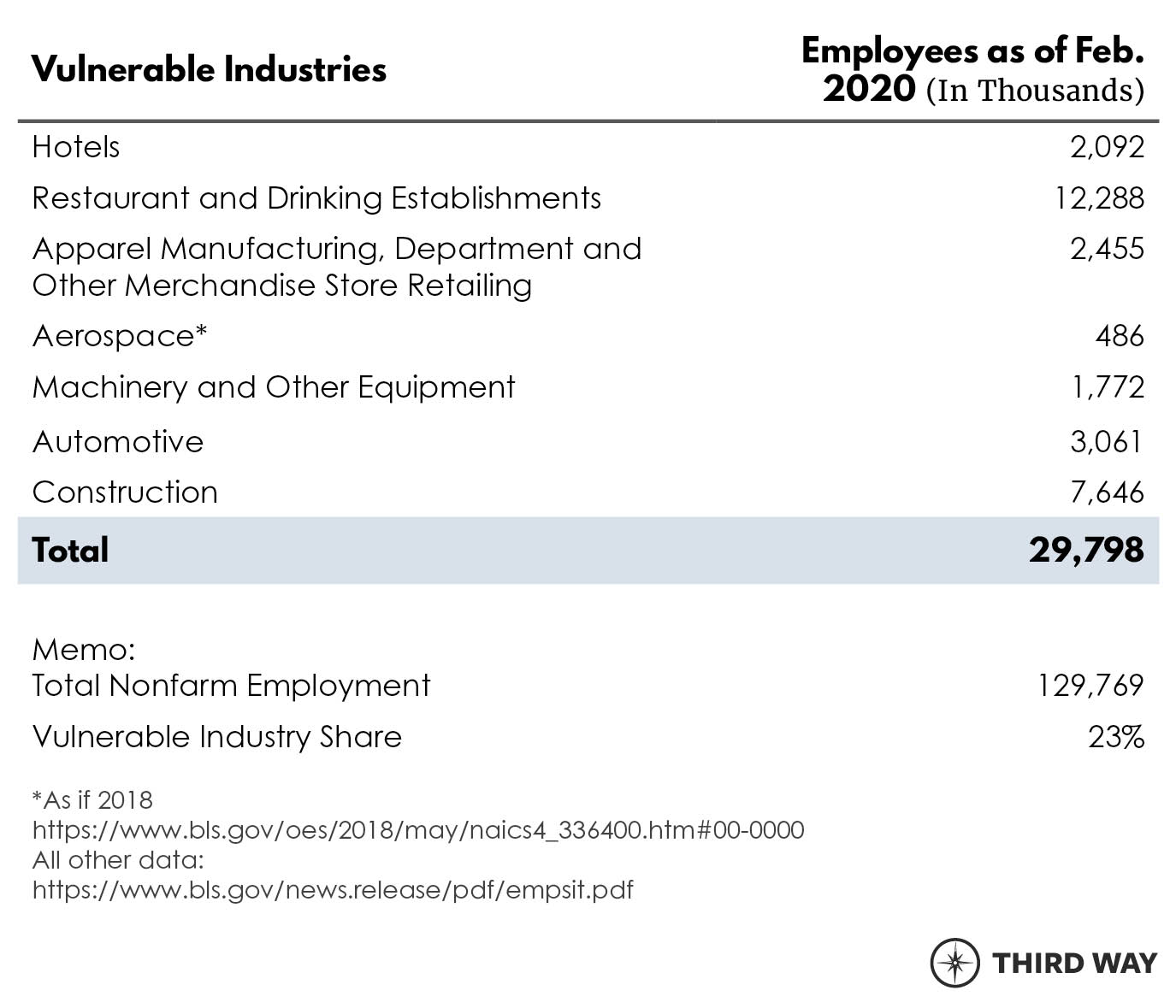 Subsequent rounds of relief packages are going to be necessary and they will need to target these large industries that directly employ a significant fraction of workers in the US. These programs must be tailored in a way that protects jobs and protects and expands options for future growth. Since we know that much of our future growth will be clean energy jobs and significant improvements in the nation’s infrastructure as we grapple with extreme weather events, we should begin preparing for this now. And we need to push for effective oversight and transparency so we can undertake the golden rule of evidence-based policymaking.