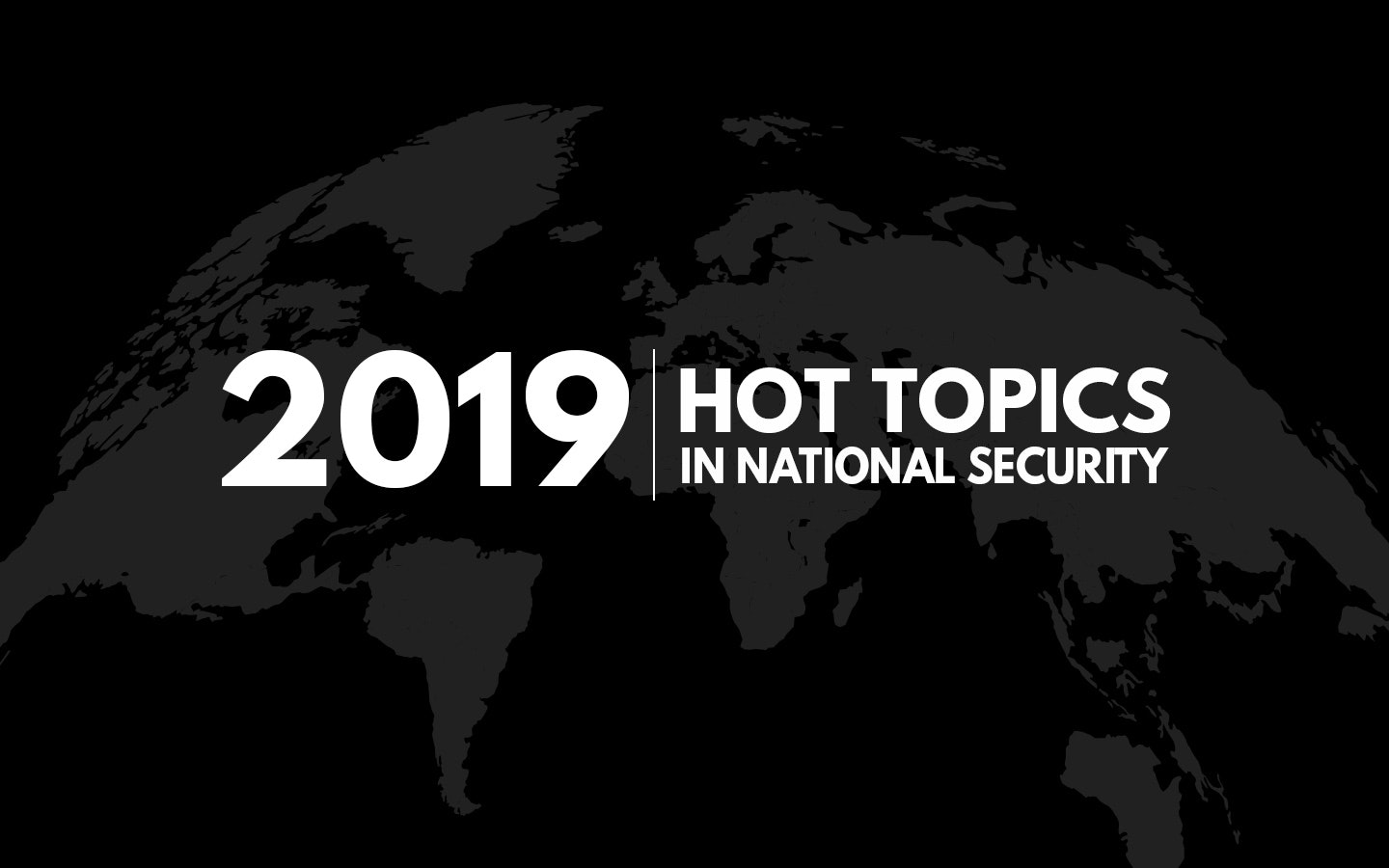 For decades, the United States has been working to prevent Iran from obtaining nuclear weapons. But backing out of the Joint Comprehensive Plan of Action (JCPOA), which successfully froze Iran’s nuclear program, was a mistake that will have long-term ramifications.

President Trump announced in May 2018 that the United States would withdraw from the JCPOA, or the Iran deal, claiming it was a “bad deal.” While the JCPOA did not solve all of the security challenges Iran poses, it did freeze Iran’s nuclear program under a strong inspection system to spot any cheating.

The JCPOA, negotiated and agreed to between six nations and Iran, dealt with the most serious security threats posed by Iran. Without the threat of an Iranian nuclear arsenal, the United States would have been able to focus on other issues, including Iran’s support of terrorist groups such as Hezbollah and Hamas. Now that America has walked away from the deal, alienated its allies, and lost the economic leverage it had over Iran, it has little ability to address these longstanding issues.

Congress should continue to call for the United States to return to the Iran deal and prioritize passing legislation that restricts the president’s ability to go to war with Iran without congressional approval.

The Iran deal was not perfect, but it was successful in freezing Iran’s nuclear program and provided the foundation to address the country’s other malign activities.

In 2015, when President Obama negotiated the JCPOA, Iran was on the brink of obtaining a nuclear weapon. The country’s estimated “breakout time” to produce fissile material for a nuclear weapon was two to three months.1 After the adoption of the JCPOA and its requirements that Iran roll back its weapons program, the breakout time increased to one year.2 International inspections, required under the deal, have repeatedly found that Iran is complying with its obligations.3 Yet President Trump announced in May 2018 that the United States would withdraw from the deal.4

President Trump called the agreement a bad deal, focusing on what the United States gave and ignoring what it got.5 He measured the deal from perfect rather the status quo ante. While the United States and other world powers lifted economic sanctions in exchange, Iran agreed to freeze its nuclear program, comply with a robust inspection regime, and permanently commit to not build a nuclear weapon.6

The deal was a foundation, not an end state. A tough and smart approach would build upon—not destroy—the deal by addressing the following:

The JCPOA was meant to deal with the most pressing problem: Iran was just months away from developing a nuclear weapon. With the United States pulled out of the deal, the safeguards the agreement put in place may very well collapse. And without the coalition that the United States built to negotiate JCPOA in the first place, it will now be nearly impossible to build a coalition to bring sufficient pressure to force Iran back to the negotiating table on these remaining issues.

Even if a better deal was possible, it would require Iran and America’s allies to be willing to negotiate; withdrawing from the deal just made it that much harder to do so.

After announcing the United States’ withdrawal from the JCPOA, President Trump violated the agreement by ordering the Department of Treasury to re-impose sanctions on Iran related to its nuclear program. These sanctions were put back into place, with some exceptions, in November 2018.13 The overwhelming majority of these sanctions are “secondary sanctions” to prevent non-US companies and individuals from doing business with Iran. As they will significantly impact European entities, European leaders have created a mechanism to work around US nuclear sanctions and try to maintain certain types of trade with Iran. They have committed to remaining in the JCPOA.14 In effect, the Trump Administration is seeking to punish US allies economically for staying in a pact they agreed to with his predecessor. It is no wonder, then, that they are reluctant to work with the United States to reopen the deal.

Strangely, it’s only America’s European allies that may face the biggest brunt of these re-imposed sanctions. The Trump Administration has already provided exemptions from Iranian sanctions for Iran’s biggest petroleum customers like China and India.15 The United States spent many years building up enough international support to impose strong sanctions that would force Iran to the negotiating table. Major European leaders, including UK Prime Minister Theresa May, French President Emmanuel Macron, and German Chancellor Angela Merkel, believe the deal worked and that Iran is complying—which is why they lobbied President Trump for months to stay in the agreement.16 To reject their counsel and then ask for their help against their own beliefs is unlikely to get them to return to the negotiating table. Even if new US sanctions do impact Iran’s economy, there is little that suggests Iran would also be willing to return to the table after the United States violated the last agreement. As of writing, the deal’s participants—including Iran—have signaled they will try to continue the deal, leaving the United States alone in walking away.

If President Trump cannot get the JCPOA negotiating partners to agree on his approach to Iran’s nuclear program, his pathway to addressing the issues outside the JCPOA’s scope is likely impossible. US Secretary of State Mike Pompeo has laid out 12 conditions that the United States wants to see Iran fulfill as part of any new agreement.17 However, these demands by the Trump Administration were not agreed to during the initial JCPOA negotiations. By walking away from the Iran deal alone, President Trump has lost the credibility and leverage to shape any of Iran’s behavior. He has also damaged the United States’ standing with its allies, whose cooperation would be necessary for any new agreement.

Any way you break it down, the Trump Administration’s decision put our country and our allies more at risk.

The impact of President Trump’s decision could play out in many different ways. But no matter how you slice it, it puts the United States more at risk.

First, the Administration’s decision to walk away from the JCPOA and re-impose sanctions could put the United States on a path to sanctioning companies and individuals in countries that are key allies in protecting American security and helping solve crises around the globe. These are the very same countries that the United States partners with to address collective threats such as terrorism and cyberattacks. The Administration’s decision puts US cooperation with these key allies at risk.

Second, while Iran says it will abide by the JCPOA for now, only time will tell how its internal political factions respond to US withdrawal. Moderates, like current President Hassan Rouhani, had to overcome enormous pushback from hardline elements inside the Iranian government to even get to the negotiating table. The United States’ decision to rip up the deal may have damaged these moderates’ credibility while bolstering the hardliners’ claim that the United States is not a trustworthy negotiating partner. If Iran pulls out of the deal completely, it would be free from the JCPOA’s restraints and may restart its nuclear program without international inspections. Already, Iran says it is developing the infrastructure needed to restart its nuclear program if the JCPOA completely breaks down.18 Saudi Arabia, which has recently been subject to congressional action for its increasingly dangerous and destabilizing behavior under Crown Prince Mohammad bin Salman,19 has also said it would build a nuclear weapon if Iran resumes its nuclear program.20 This would heighten the risk of a devastating arms race in the Middle East.

Additionally, the Trump Administration’s direct threats to the Iranian regime and efforts to paint the country as the sole source of instability in the region may increase the risk of direct conflict between the United States and Iran. While ratcheting up sanctions on the country, the Trump Administration has also ramped up its direct attacks on the country’s leadership. Secretary of State Michael Pompeo has said that pressure on the Iranian regime will continue to increase if it does not live up to US standards.21 For years, many of President Trump’s top advisors, particularly National Security Advisor John Bolton, have pushed for a US policy to force regime change in Iran. Recent reports indicate Bolton has already asked the Pentagon to provide the Administration with military options to strike Iran.22 These threats have the potential to escalate tension between the United States and Iran even further and could, even inadvertently, lead to direct conflict between the two.  Past threats of regime change have only driven Iran to ramp up its nuclear program to provide the regime with a shield against this threat.23 If Iran rapidly ramps up its nuclear program, this could embolden Bolton—an architect of the disastrous Iraq war—and others to push for military strikes on Iran’s nuclear facilities. That would make a war between the United States and Iran even more likely.

Attacking Iran to destroy its nuclear program would likely be counterproductive. An attack on Iran’s nuclear facilities would convince hardliners in Iran that they were right not to trust the United States, and that Iran needs nuclear weapons to protect itself. Moreover, Iran has spread elements of its nuclear program throughout the country, in many cases deep underground. Military strikes may fail to take out all of these facilities and only cause Iran to double down on its nuclear program.

Finally, President Trump’s decision to withdraw from the JCPOA is a risk to America’s credibility on the global stage and jeopardizes the standing of its diplomatic negotiations in the future. After years of multilateral work to negotiate the JCPOA with our partners, other countries may find it difficult to trust America’s word, which may ultimately leave us more isolated and with reduced global influence.

Congress should now focus on reining in the ability of President Trump and his Administration to launch a reckless war with Iran without any oversight, while continuing to push for the United States to return to the JCPOA at every turn. In order to do so, Congress should restrict the president’s ability to use military force against Iran without explicit authorization from Congress.24

President Trump’s decision to withdraw the United States from the JCPOA was irresponsible and based on unrealistic and fallacious assumptions that a better deal with Iran and the other negotiating partners is possible. The Trump Administration has destroyed America’s credibility and leverage, damaging the progress made under JCPOA and making further headway impossible. Congress must continue to call for the United States to return to the JCPOA, while trying to limit the president’s ability to launch a devastating war with Iran without congressional oversight.