As we mark Equal Pay Day today, women’s earnings still lag behind men’s by 20 cents on the dollar. The gap is wider if you’re a black woman (31 cents) or Latina (40 cents). The wage gap is one of the most pressing problems with our economy’s pay and benefits system and must, Third Way has argued, be addressed as part of a new social contract for the Digital Age.

The sources contributing to the persistent wage gap, of course, are numerous. One of those sources is occupational crowding and the disparities between jobs traditionally held by each gender. 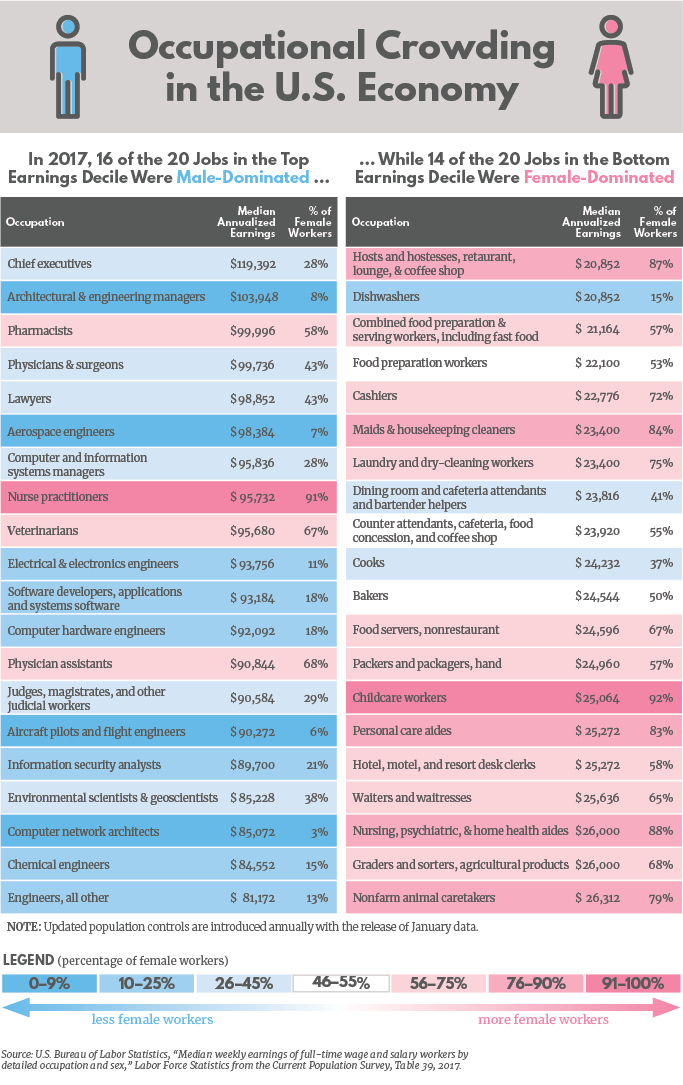 As of 2017, men continue to monopolize most of the highest-earning jobs. According to the Bureau of Labor Statistics, of the top 20 highest-paying occupations, 16 were male-dominated, meaning that men comprised at least 55% of those fields. Two of these professions have become significantly more populated by men over the past three years: aerospace engineers, who typically earn $98,384 a year, fell from 15% female workers in 2014 to just 7% in 2017. Computer network engineers, making $85,072 annually, dropped even further, with women comprising only 3% of the positions in 2017. Not only are the highest-paying jobs dominated by men, but also the gender ratios in two critical STEM positions are getting worse. By contrast, women comprise the majority of the workforce for 14 of the 20 lowest-paying occupations.