Americans want to raise the minimum wage, but not the way DC thinks

By now, it is well documented that Americans favor raising the federal minimum wage from the current $7.25/hour, where it has been stuck since the summer of 2009. When voters are asked if they favor a federal minimum wage hike, overwhelming majorities (74% in an April Rasmussen poll) favor an increase. In fact, both Hillary Clinton and Donald Trump (in a reversal of a previous position) have said that they would support a raise in the minimum wage.

Here’s what our data found: 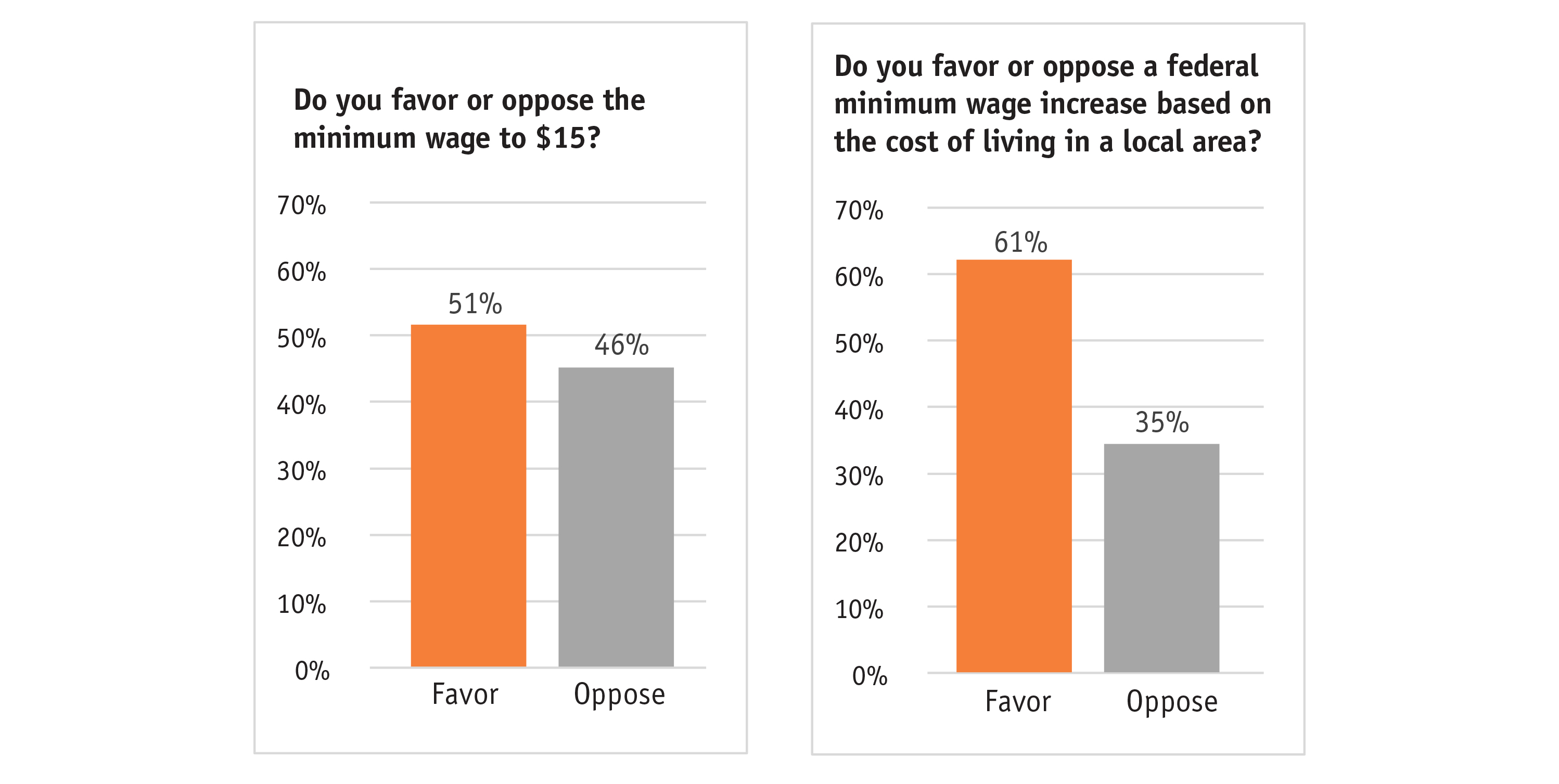 The idea that a federal minimum wage should be applied at different amounts in different regions, depending on the cost of living in an area, has been proposed1 but this idea had never been tested nationally—until now. And the result was striking: a regional increase shows great resonance with voters in the current political environment.

The preference for a wage hike approach based on local cost-of-living is even more pronounced when looking at key swing subgroups. 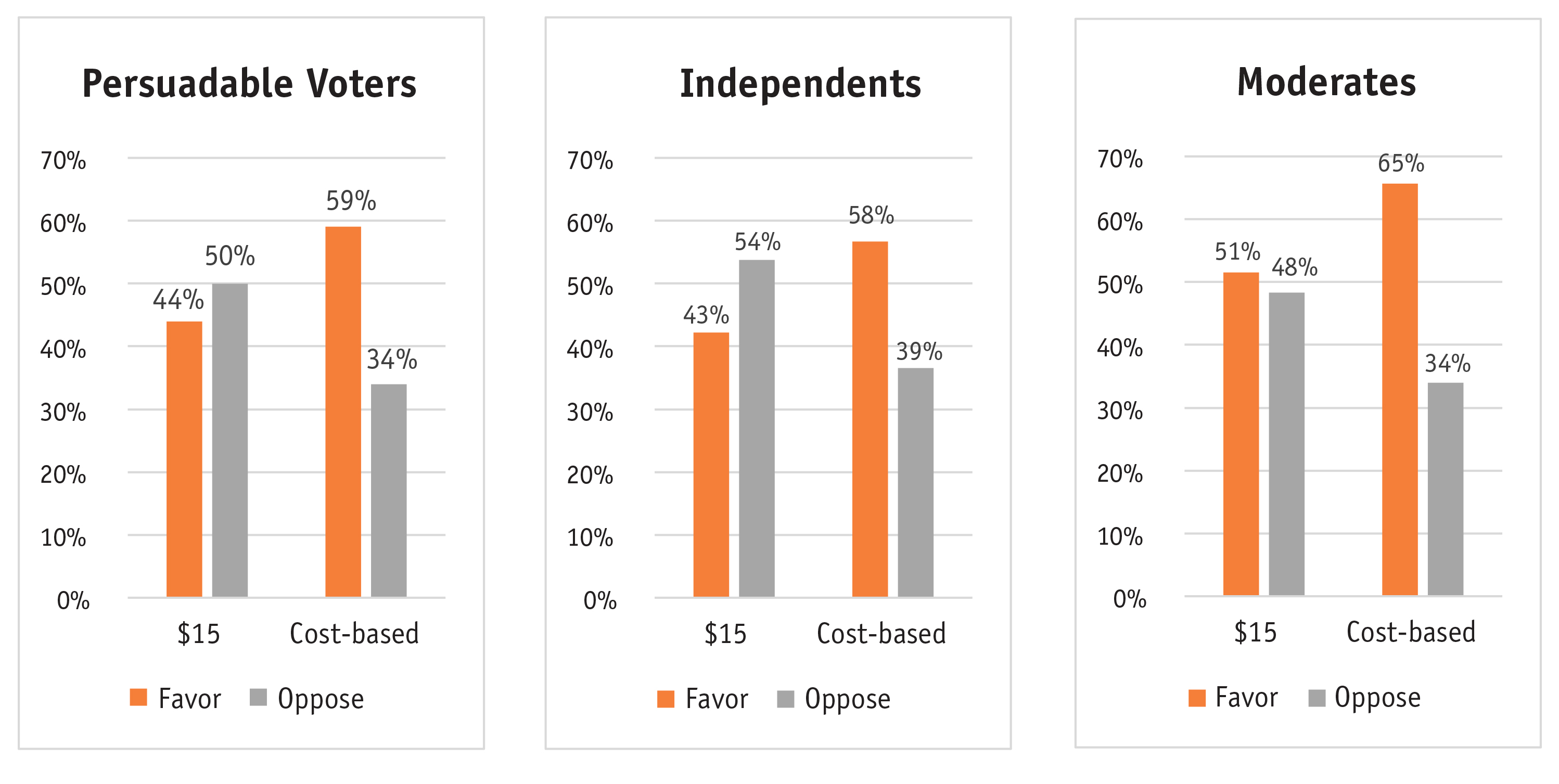 Of those that opposed a $15 minimum wage but supported a federal minimum based on cost-of-living, 41% were from the South. 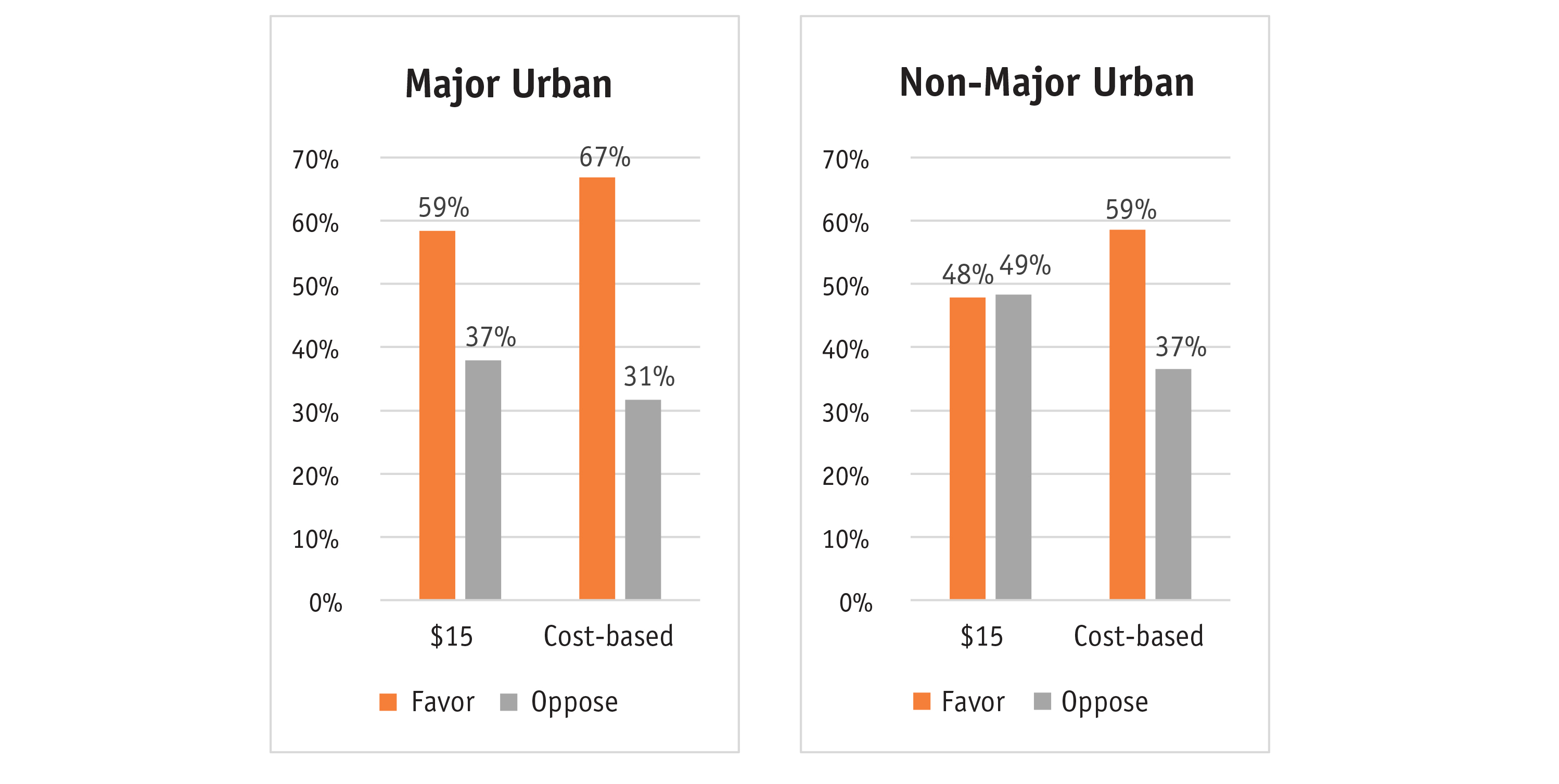 While it may not be surprising that those in major urban areas were in strongest support of the $15 minimum wage proposal (59% favor 37% oppose), these voters were also the strongest supporters of a cost-based approach to federal minimum wage by over a 2-to-1 margin (67% favor 31% oppose). Among those in non-major urban areas, voters were split on a $15 minimum wage (48% favor 49% oppose) but were strongly supportive of a cost-based approach (59% favor 37% oppose).

While support for the idea of a federal minimum wage hike is strong, current approaches have ignored the differences between economies from one part of the United States to another. Voters have a natural appreciation for the reality that costs vary from one area of the country to another. With the understanding that the value of a dollar differs from one city to another, voters express a strong preference for an approach that takes this into account and applies a wage that is appropriate for the economic context of each area. The clear advantage for a minimum wage based on local cost of living over the $15 effort highlights an opportunity for lawmakers to re-think the federal minimum wage debate.