Presidential Candidate Bernie Sanders proposes a multitude of tax increases, several of which would impact the middle class. Vox.com lays out precisely what those tax changes are:

To demonstrate the effect of these new taxes, we calculated the tax burden for a typical middle class family—a two-adult, two-child household with earned income of $83,413 in 2015 (the national median for a four-person family). This family contributes 3% of wages to employer retirement plans and is assumed to take the standard deduction.

There are two ways at looking at the results.

Any analysis of these tax increases should consider the benefits they pay for. The Sanders proposal would eliminate employee-paid health premiums, and—potentially—allow take-home wages to rise in the absence of employer-paid premiums. It would also allow families to earn income while they take family leave. However, some analyses have pointed out the Sanders plans are underfunded, which means they could require other middle-class tax increases on top of those mentioned. 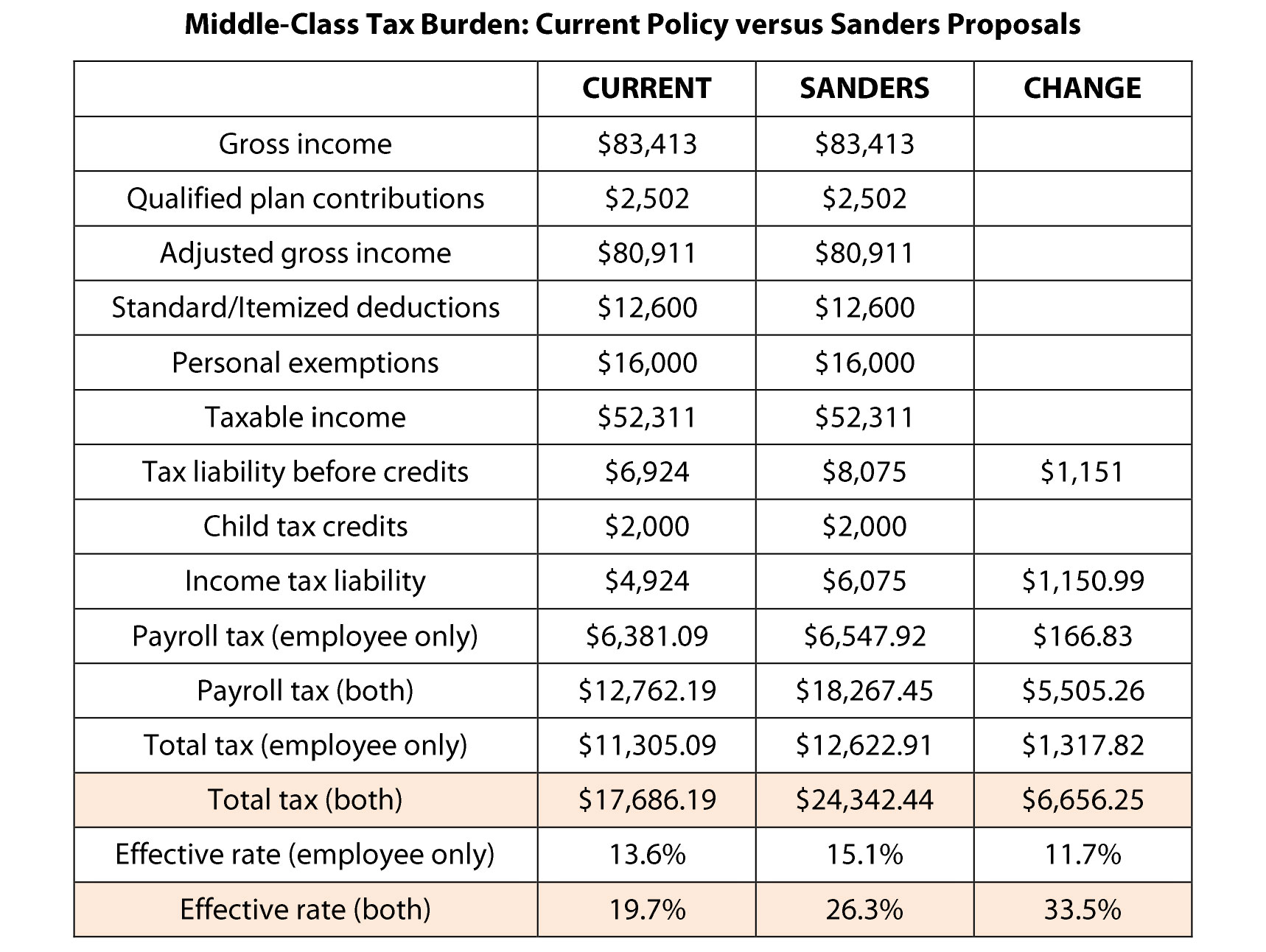 Note: Calculations of tax burden and tax rate under the Sanders plan includes employer-paid payroll taxes as part of pre-tax wages. Gross income is assumed to remain the same under the Sander plan.