President Trump’s proposed Affordable Clean Energy rule is neither affordable nor clean. In reality, it’s a gift to coal barons and a case study in just how far-reaching the damages of bad policy can be. We dug through the Environmental Protection Agency’s (EPA) own technical analysis and even they concluded that this plan would create roughly zero new jobs and kill 1,400 Americans per year from increased air pollution, compared to the Clean Power Plan (CPP) that it would replace.

Our own calculations based on EPA’s public rule and a conservative analysis of the health effects of increased coal use reveals that this rule will kill one person for every three coal mining jobs saved, and sicken 16 children for every one coal mining job saved. This poorly devised policy protects the interests of Trump’s donors at the expense of public health, climate, and clean energy technologies. Let’s take a closer look at some key aspects of the Affordable Clean Energy rule, using information from the Trump Administration itself.

1. It will not create a landmark revival of coal.

Using the Administration’s own analysis, Trump’s Affordable Clean Energy rule will still lead to a decrease in coal power ranging from 0.3% - 2.3% by 2030 compared to doing nothing. Obama’s Clean Power Plan (CPP) would have only decreased coal power 3% by 2030 compared to doing nothing (Table 3-22). The reason why both plans see such a minimal additional decrease in coal power is that they are both relatively weak climate policies that barely outstrip emissions reductions occurring from existing market trends. Coal is dying a natural death mainly due to cheap natural gas and renewables. The Affordable Clean Energy rule will not save coal. 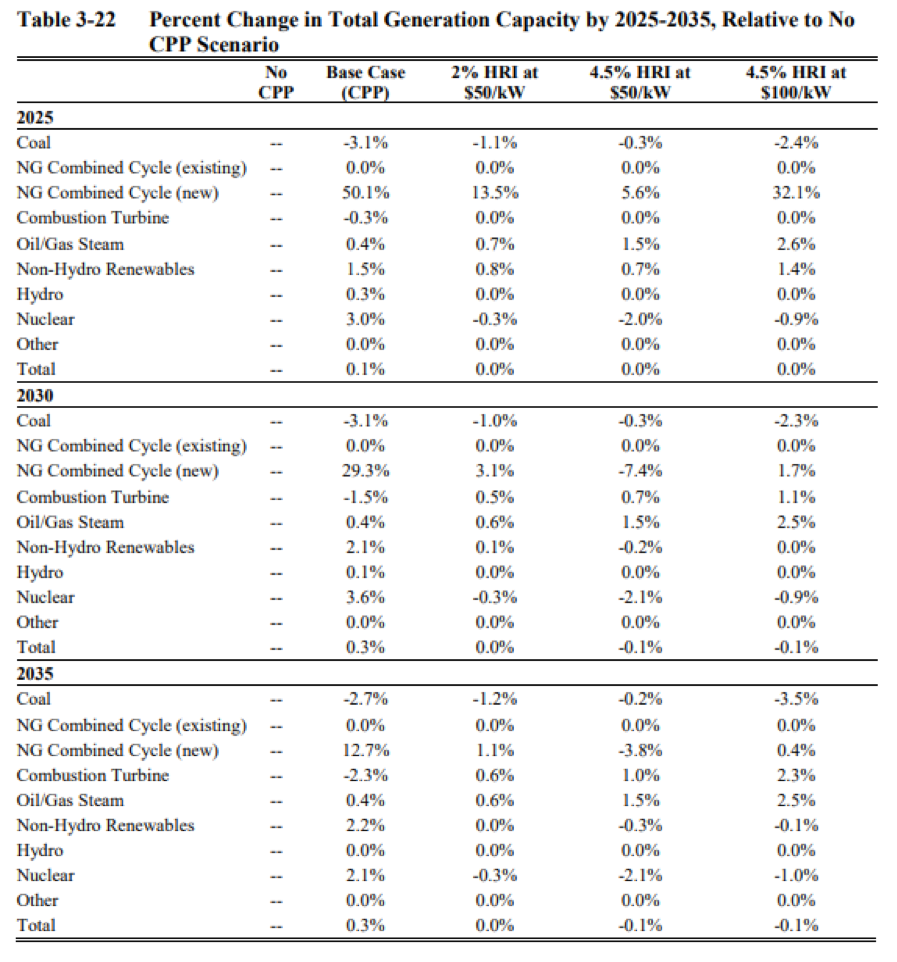 Acting EPA Administrator Andrew Wheeler’s statement on the rule says it “supports economic growth and job creation.” But the only reference to an EPA analysis on jobs is in Chapter 5 of the EPA’s technical analysis which makes a different claim. “There may still be employment effects, negative and positive, for groups of affected workers, even if the overall net effect is small or zero” (Chapter 5, page 9). So as far as the EPA’s own analysis is concerned, the net impact on jobs is somewhere between zero and negligible.

3. It will kill at least one American for every three coal jobs it saves.

We were curious ourselves if the rule will end up killing a similar amount of people as coal jobs saved, relative to the CPP. After crunching the numbers, the results are stunning and only reinforce what truly abysmal policy making this is. The Trump Administration’s roll-back of the power plant pollution rule will kill one person for every three coal mining jobs saved. We are doing all of this to save 3,721 coal jobs in total, to say nothing about jobs lost in other energy sectors, and this is coming at the expense of 1,400 Americans dying prematurely. And on top of that, this plan will sicken 16 children for every coal mining job saved.1 Policies always come with trade-offs. But shouldn’t the benefits outweight the costs?

4. It will have other disastrous consequences for human health.

This rule will result in significant forgone human health benefits compared to the CPP because it will increase the level of dangerous pollutants such as PM2.5, SO2, and NOx (Table 4-3). Relative to the CPP, Trump’s replacement plan could result in up to 1,400 premature deaths, 430 non-fatal heart attacks, 48,000 cases of exacerbated asthma, 500 cases of acute bronchitis, 42,000 lost work days, and 60,000 school absence days annually by 2030 (Table 4-6). 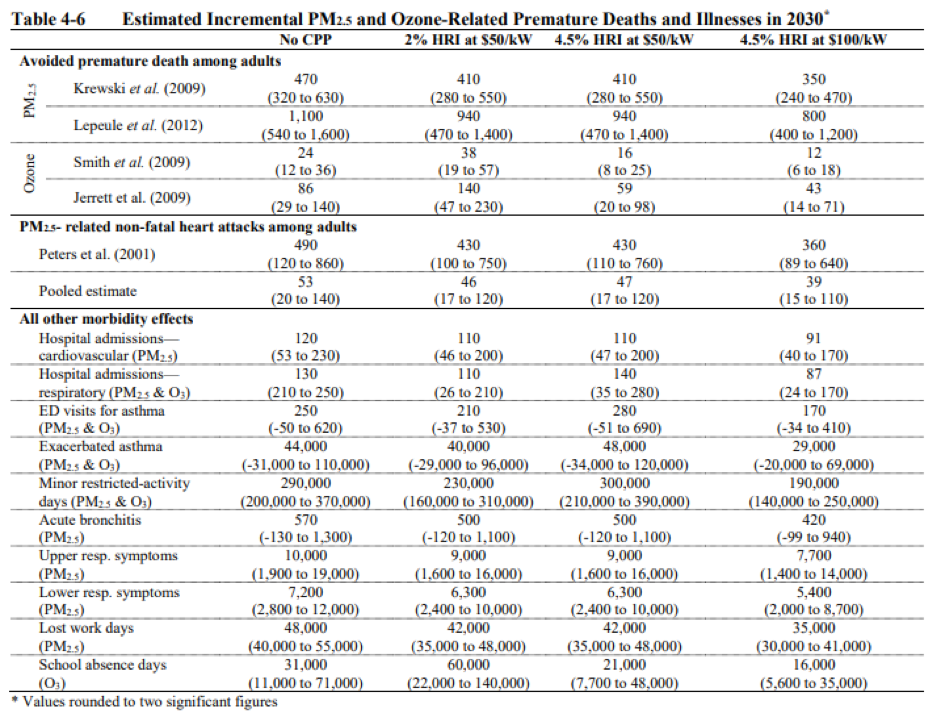 5. It will hamper the development of cleaner energy sources.

6. It will increase climate change.

Relative to the CPP, Trump’s rule will result in 3% more CO2 emissions. Compared to no rule at all, Trump’s rule will only manage to reduce emissions by 1% (Table ES-5). Relative to the CPP, the forgone domestic climate benefits of Trump’s rule will range from $59 million-$430 million in the year 2030 and increase annually (Table 4-2). This is also a low estimate of the impact on climate change, considering this calculation only includes domestic costs but the emissions from our coal plants have global impacts. The forgone global climate benefits in 2025, as calculated by the EPA, could range between $1.4 billion-$2.6 billion annually. In 2035, those numbers increase to between $3.6 billion-$4.8 billion annually (Chapter 7, Page 7).

The Trump Administration is implementing a policy that will not bring back coal, fails to create jobs, endangers human health, hampers the development of clean energy, and increases climate change. This places the priorities of coal lobbyists before the health and prosperity of everyday Americans. What we need are modern, progressive, and community-oriented policies that allow the U.S. to harness a diverse range of carbon-free technologies.