Facts Over Frenzy: Common Core is More Commonly Accepted Than You May Think

Fed up with the rancor over Common Core? Our latest infographic puts the facts before the frenzy, revealing that the Common Core State Standards are more commonly accepted than you may think. These state-driven educational goals are being implemented in 42 states and the District of Columbia—meaning that 78% of all U.S. students are benefiting from the Common Core. In most states where the standards have not been adopted, the existing standards were substantially similar or equal in rigor, and of the states which have dropped the standards, most are doing so basically in name only. The truth is that Common Core is here to stay. 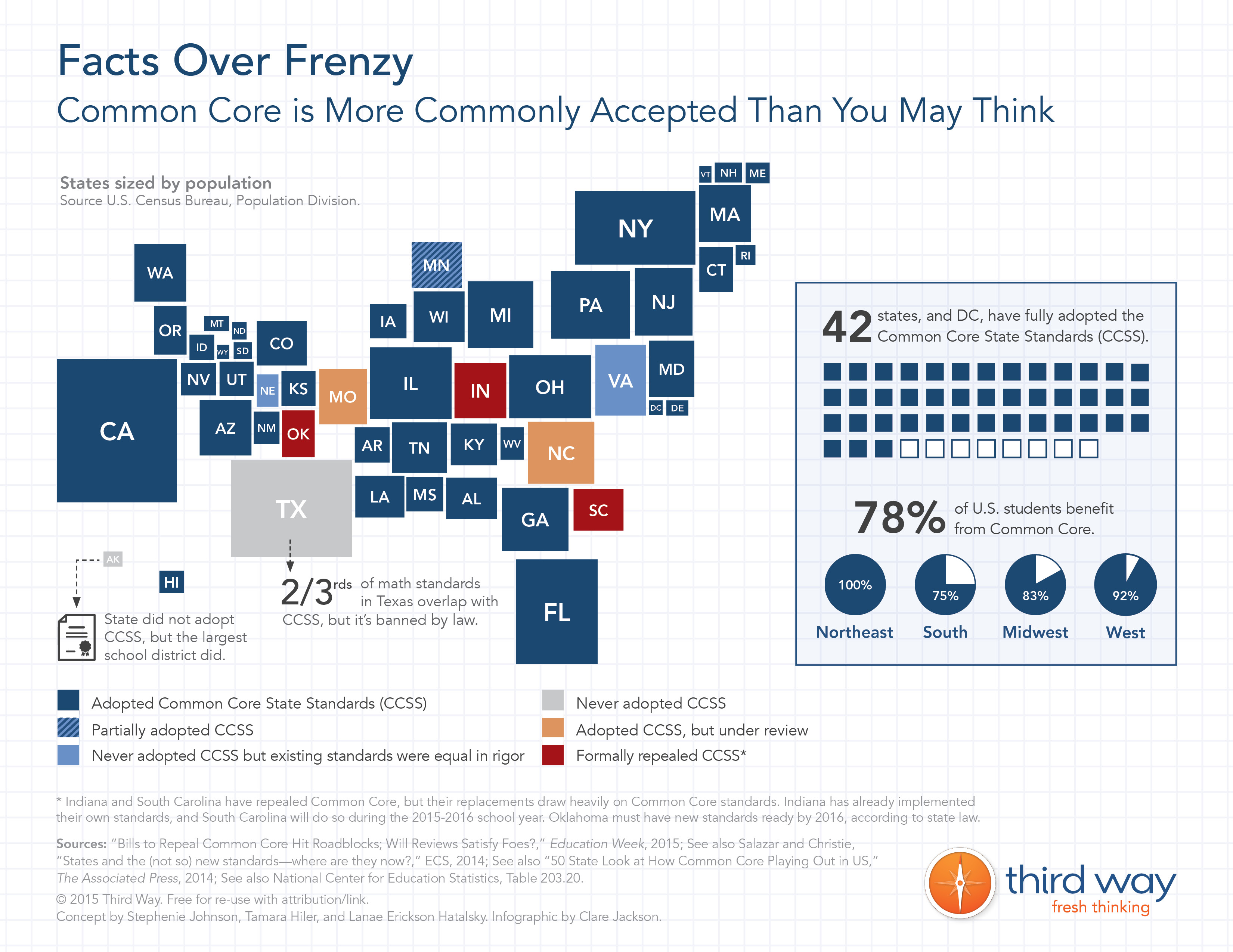 JPGs of all of our infographics are available on Flickr.