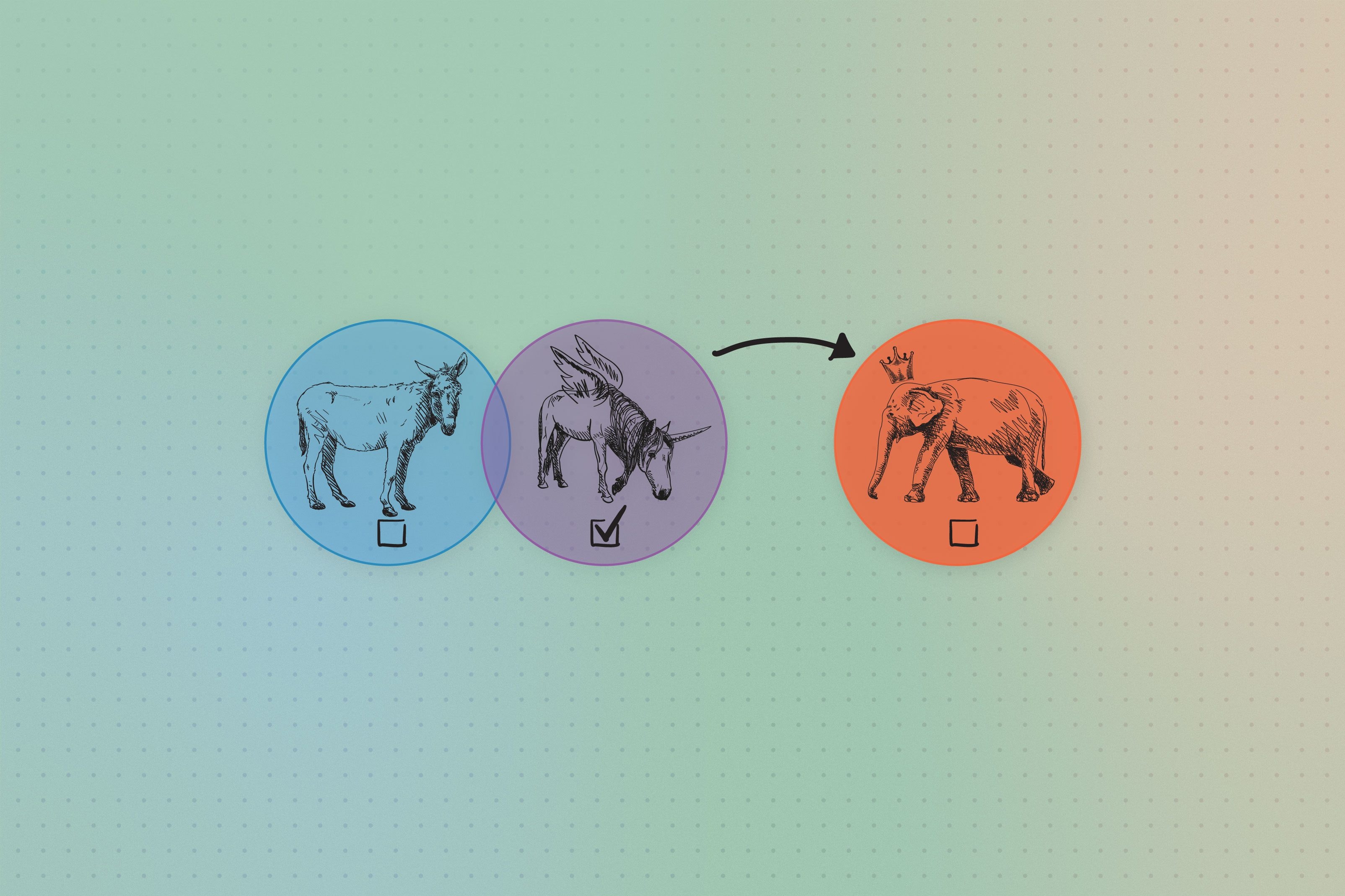 In our first report, The Dangerous Illusion of a Presidential Third Party in 2024, we laid out a historical case that demonstrated why a third party candidacy would be incongruent to defeating Donald Trump or a Trumpy Republican nominee in 2024. In this follow-up analysis, we do a deep dive into state-by-state election data and the 2020 AP VoteCast survey to show just how decisive 2016 third-party voters and Trump-to-Biden voters were in 2020 and why these voters are imperative to the Democratic coalition in 2024.

Nationwide, Joe Biden won an estimated 57 percent of 2016 third-party voters who cast a ballot in the 2020 presidential election, while Trump won 28 percent of these voters. But how these voters broke in the battleground states was even more consequential to determining who won the election.

The two groups of voters that stand out as possibly the most decisive swing voters of 2020 were 2016 third-party voters and 2016 Trump-to-Biden voters. Analysis of 2020 AP VoteCast data reveals that Joe Biden overwhelmingly won 2016 third-party voters over Trump in every battleground state—from 51 percent in Georgia up to 62 percent in Michigan. This analysis also shows that Biden and his allies persuaded substantial swaths of 2016 Trump voters in each of these major battleground states—from 5.7 percent in Georgia up to 8.7 percent in Pennsylvania. 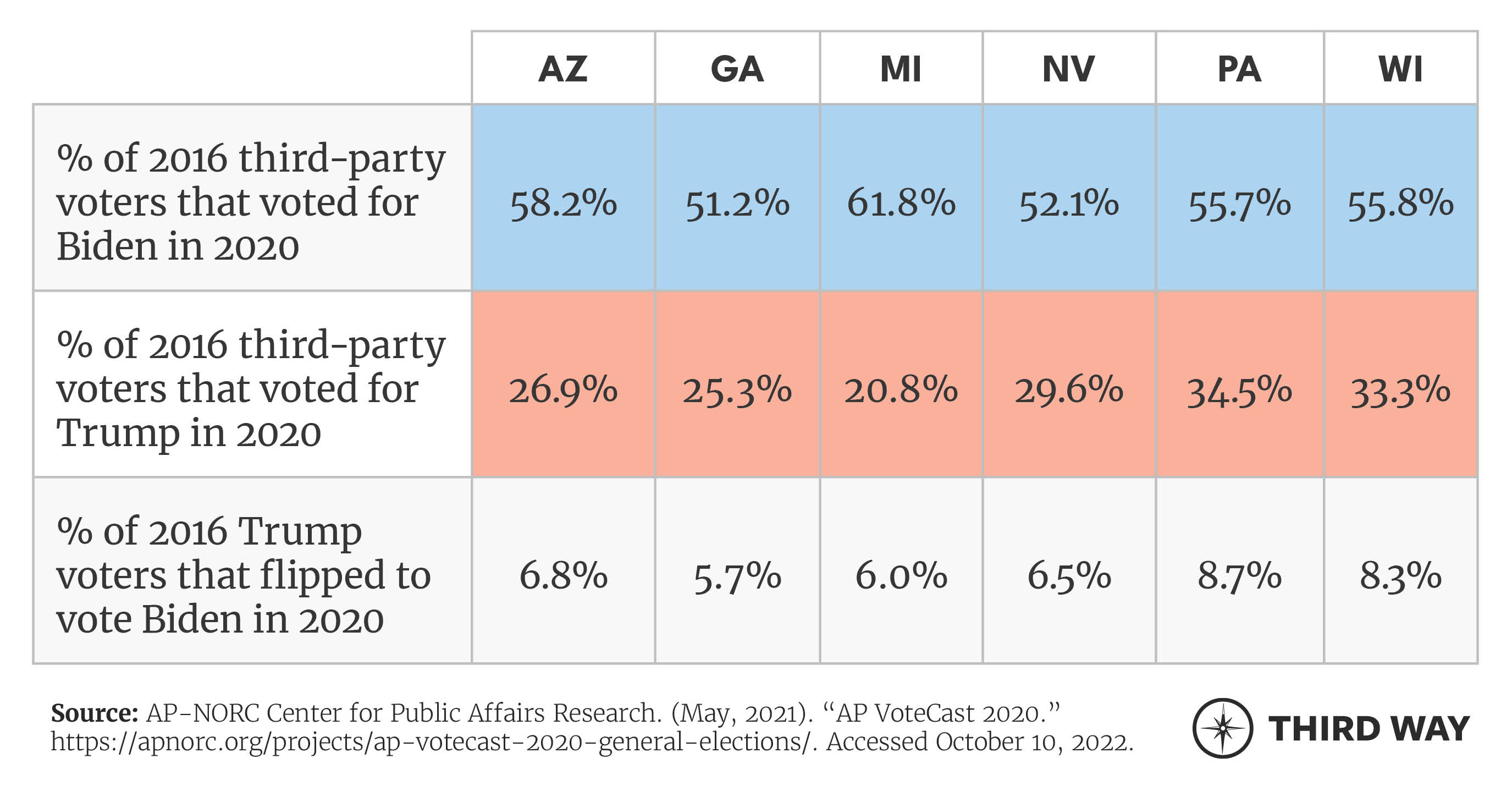 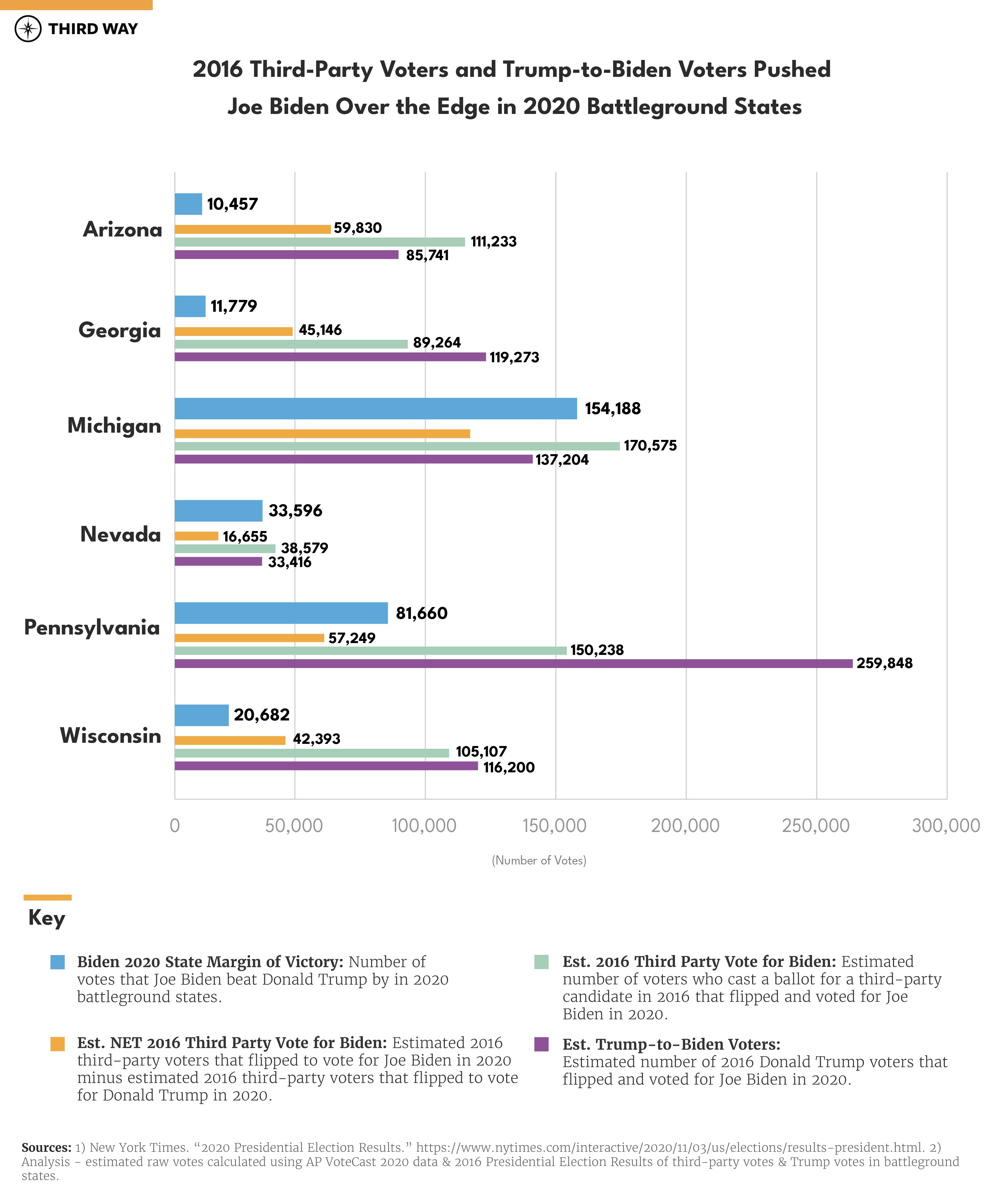 We also calculated the approximate raw 2016 Trump-to-Biden vote in each of these battleground states, and we found that had the slightest decrease in the percentage of 2016 Trump voters who flipped to Joe Biden occurred—either if these voters had remained with Trump or voted for a third-party candidate in 2020—it may have doomed Biden’s victory in any one of the battleground states. The greatest impact, had these Trump-to-Biden voters gone another way, would likely have had the direst consequences where the net third-party vote for Biden alone was not enough for Biden to win that state: Michigan, Nevada, and Pennsylvania.

The takeaway: if enough 2016 third-party voters in the right combination of these five counties alone had voted third-party in 2020 or sat out the election—all other factors remaining the same—the probability is high that Donald Trump would be president today. 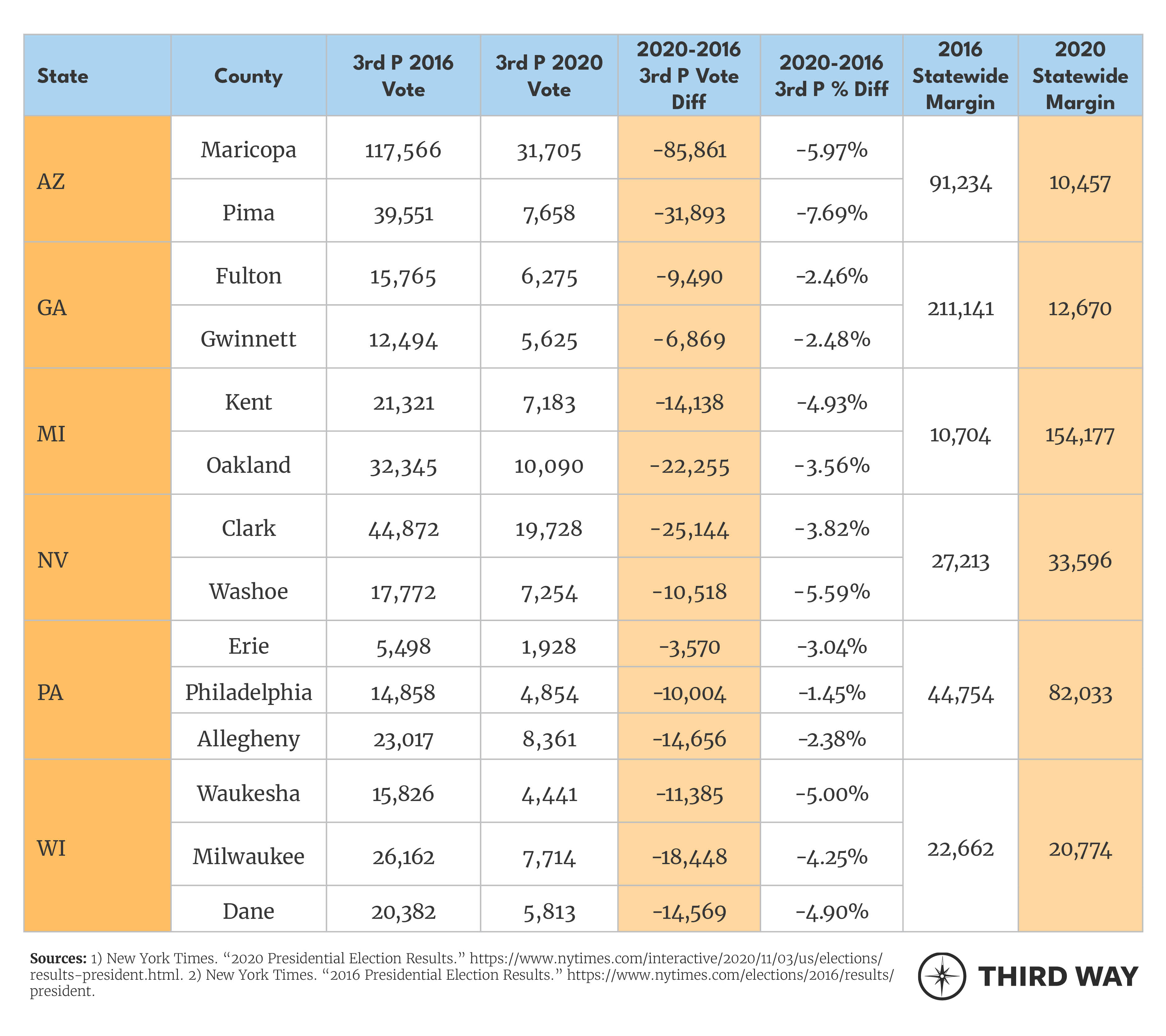 In 2020, part of this Trump-to-Biden and 2016 third-party-vote-to-Biden coalition undoubtedly contained moderate Independents and Republicans who were turned off by Trump’s MAGA extremist tendencies. These same swing voters are prime campaign targets should a less-Trumpy classic conservative make a third-party run in 2024. Any third-party candidacy will all but secure a 2024 victory for Donald Trump, as the margins that Biden will need to win by in 2024 will undoubtedly be as close as they were in 2020.

Given the likelihood of who these swing voters would break for in 2024, would-be third-party candidates should be wary of such a run. The 2020 Democratic coalition can only be successful and remain unified against a Trump presidency, or the rise of a Trump acolyte, if there is no alternative candidate siphoning off part of that coalition.