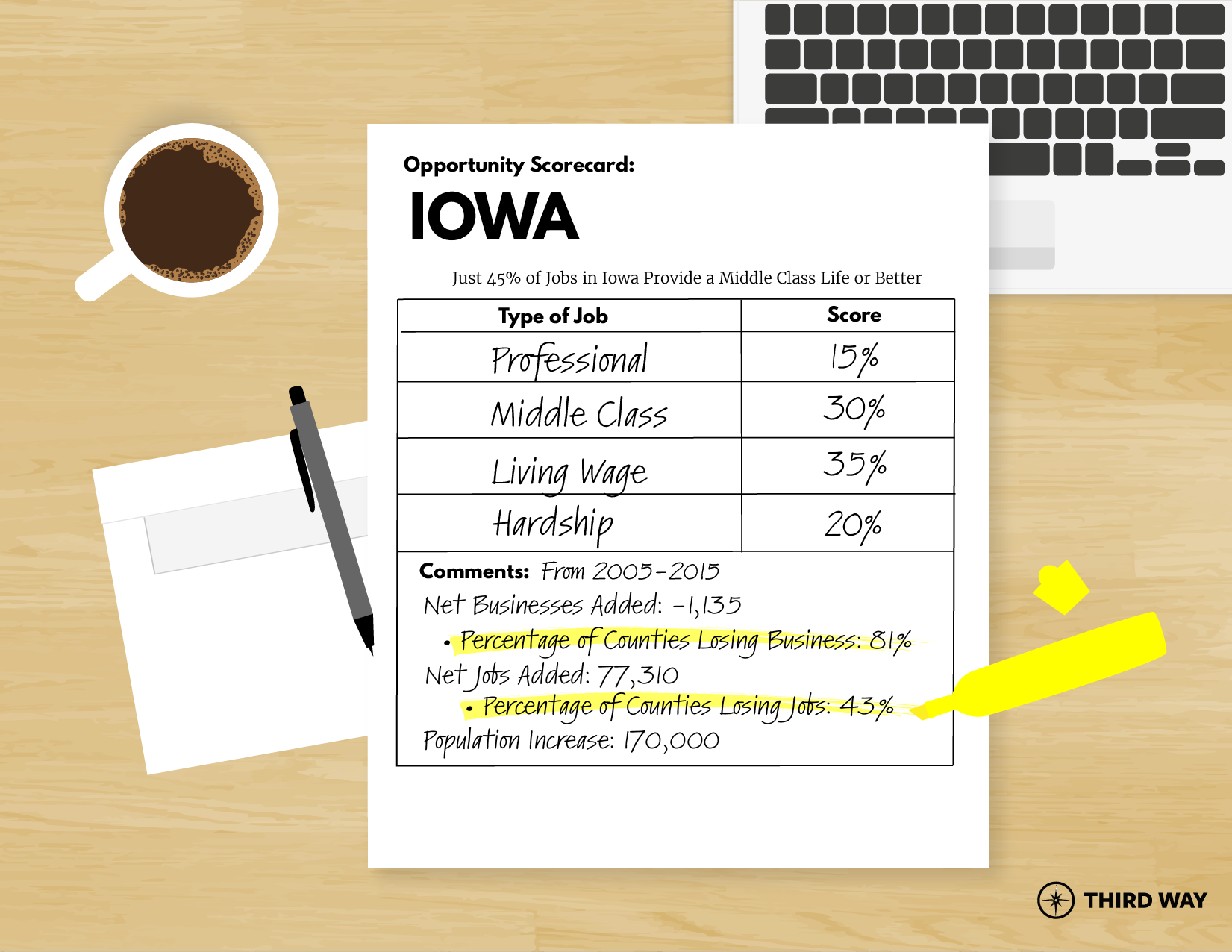 Building off our Opportunity Index model, we looked at cost of living and wages paid across every region in Iowa to see how much opportunity there was for workers. Jobs fall into four categories: hardship jobs, living-wage jobs, middle-class jobs, and professional jobs.1 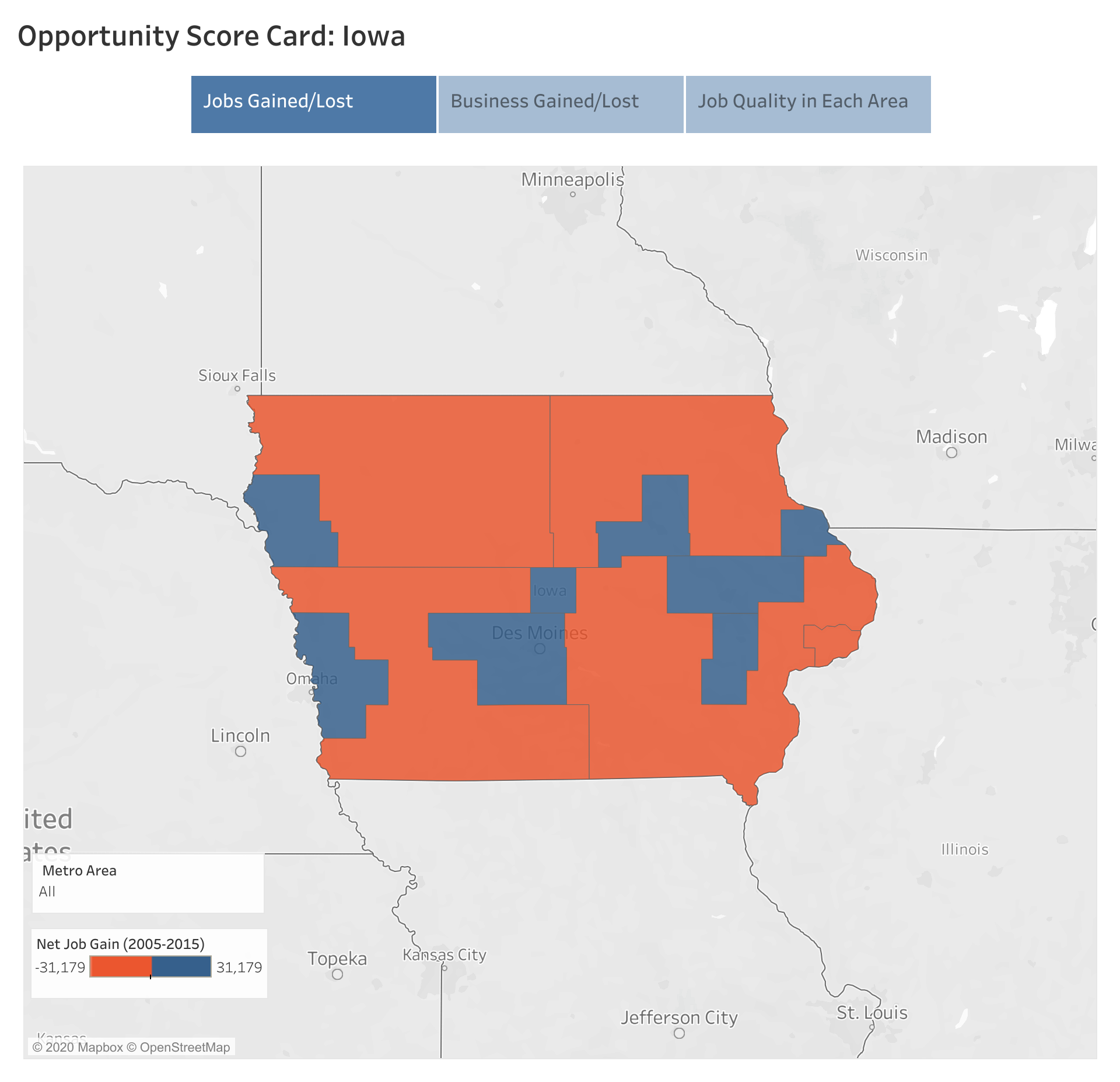 Although Iowa performs better than the country writ large, statewide, only 45% of jobs support a middle class life or better and on average, individuals need $39,726 to get to a middle class life. And while metro areas like Des Moines and Iowa City saw a substantial increase in the number of businesses between 2005 and 2015, all four rural areas lost a significant number of businesses over the same time period.  The map above shows the makeup of jobs in every region in the state. While Cedar Rapids and Des Moines have almost half of their jobs considered middle class or better, the rest of Iowa generally has numbers in the low to mid 40’s. 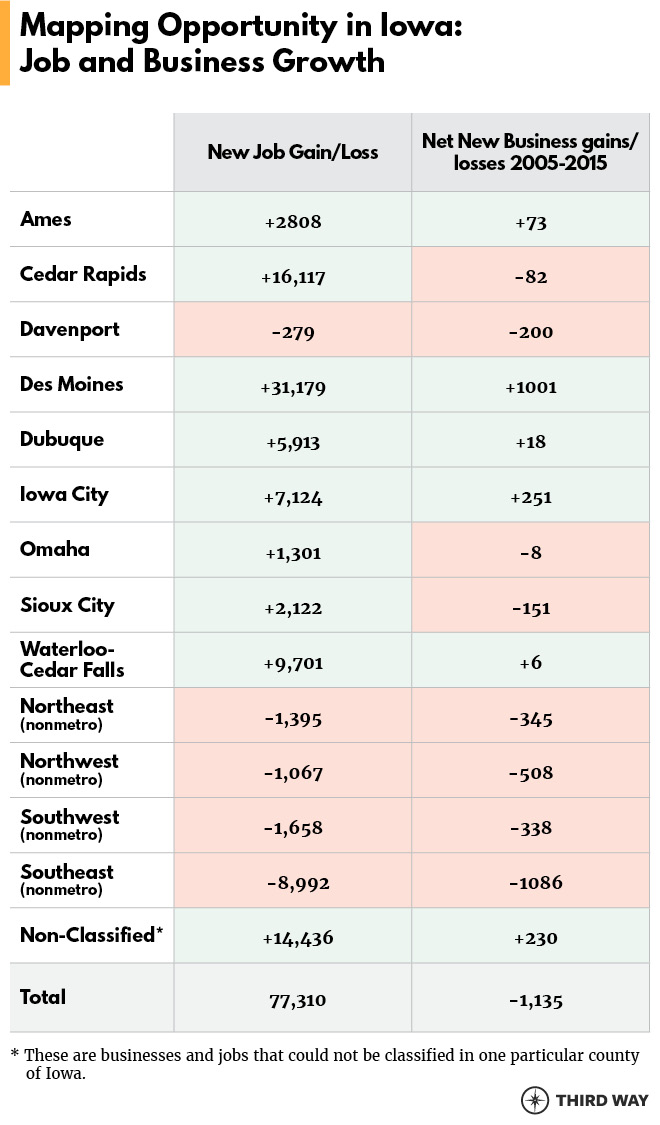