President Kennedy and Congress meant well when they passed Trade Adjustment Assistance (TAA) in 1962. They understood that trade leads to widespread consumer benefits and helps producers gain access to previously closed-off markets. But they also knew that the benefits of trade are not evenly distributed. Increased foreign competition, concentrated job loss, and industrial reorganization can severely harm workers and their communities.

Enter TAA: a program to help workers negatively affected by trade through training programs, wage subsidies, and other support. Yet, while TAA’s heart is in the right place, the old program falls far short in meeting the needs of today’s workers.1

In Fiscal Year (FY) 2017, TAA training helped just over 23,000 people—less than one-fifth of one percent of the 12 million unemployed Americans. In an economy where workers need updated skills to compete for jobs, TAA’s training component is leaving too many people out in the cold. 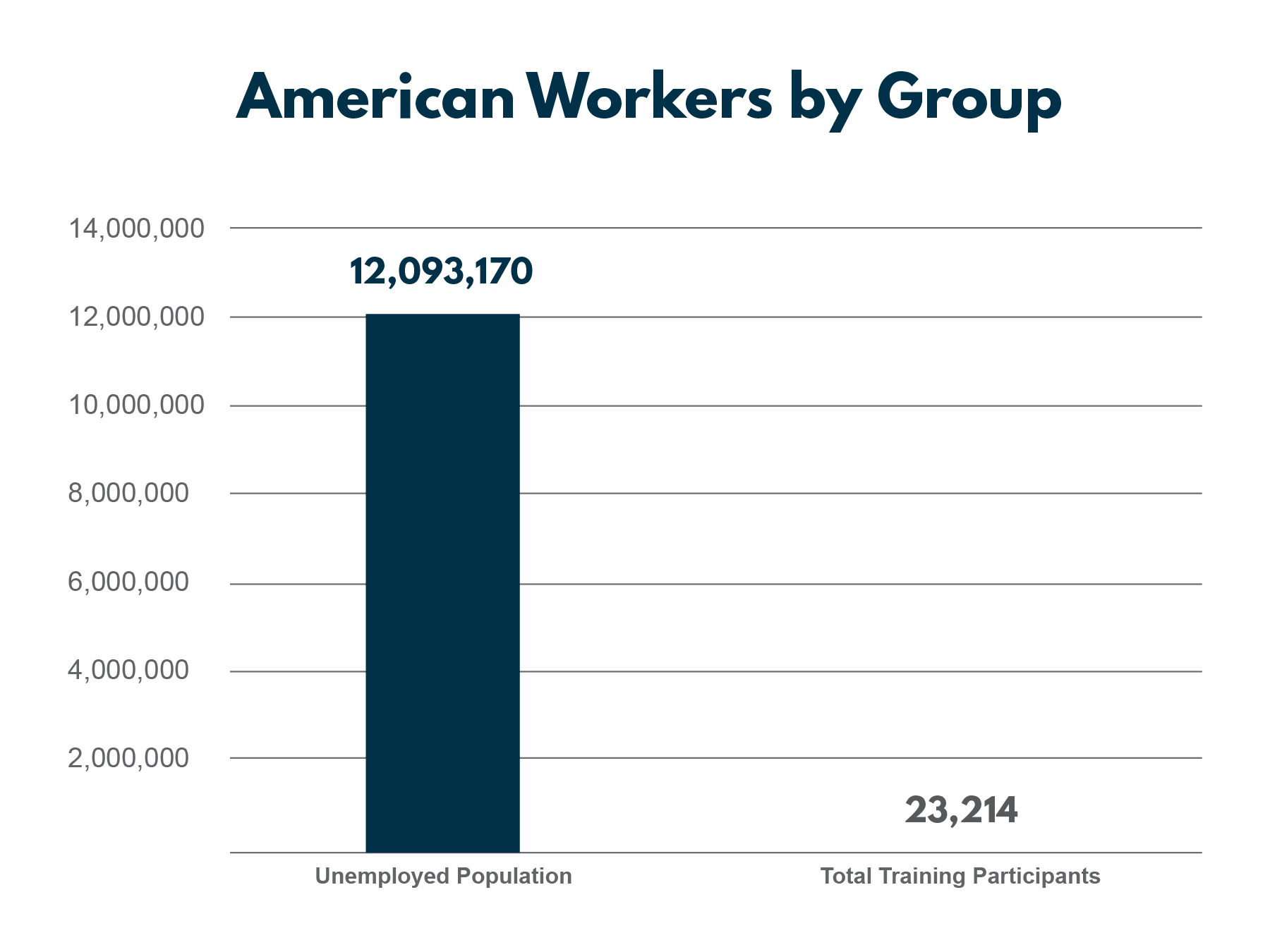 Those lucky enough to get training aren’t necessarily being served well either. The average drop-out rate for TAA training is 33.7%.2

On top of that, TAA trainings often do not lead workers to the right kind of jobs. In FY 2017, the wage replacement percentage—the ratio of the wages of new jobs to those of old jobs—was 81.3%. 3 That is, training participants on average saw a pay cut of nearly 20%.

2. TAA does not support all states equally.

Nine states in the US received a whopping 53% of total TAA funding in FY 2017, while the bottom 23 states received less than 10%. While different states see different levels of displacement due to trade, there is massive imbalance within the program. Pennsylvania alone received more funding than the combined total of 27 other states. 4

3. TAA eligibility requirements are too strict.

In order to qualify for benefits, a petition has to be filed and approved—but one out of every four workers is denied. In FY 2017, there were over 1,000 petitions filed to TAA on behalf of over 126,000 workers. Of those, 234 petitions were denied eligibility, shutting out over 32,000 workers.6 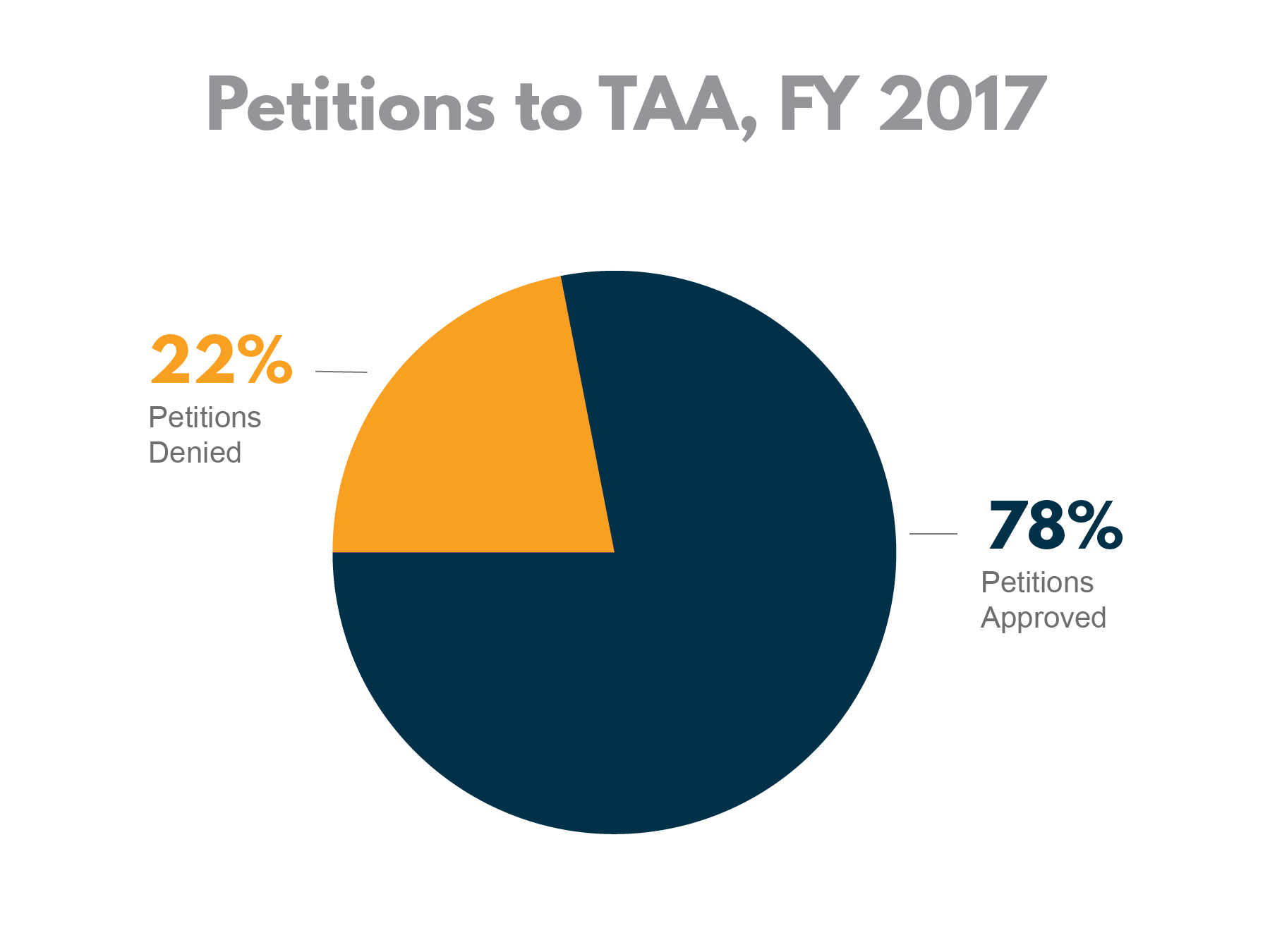 Strict eligibility requirements aside, TAA was not designed to include all unemployed workers; it was set up to combat joblessness associated with free trade. But according to a study by the Center for Business and Economic Research at Ball State University, 85% of the 5.6 million job losses experienced in the manufacturing sector from 2000 to 2010 were attributed to technological change.7 Because TAA requires proof that increased trade led directly to joblessness, it is nearly impossible for these 4.76 million other workers to claim any benefits under TAA to help them get a new job.

4. US programs to help workers adjust pale in comparison to international programs.

Canada, South Korea, Germany, and France spend twice, four times, six times, and nine times as much as the US does on programs to help workers adjust to job transitions.8 Simply put: our industrialized, developed peers are devoting far more resources to supporting their workers than we are. 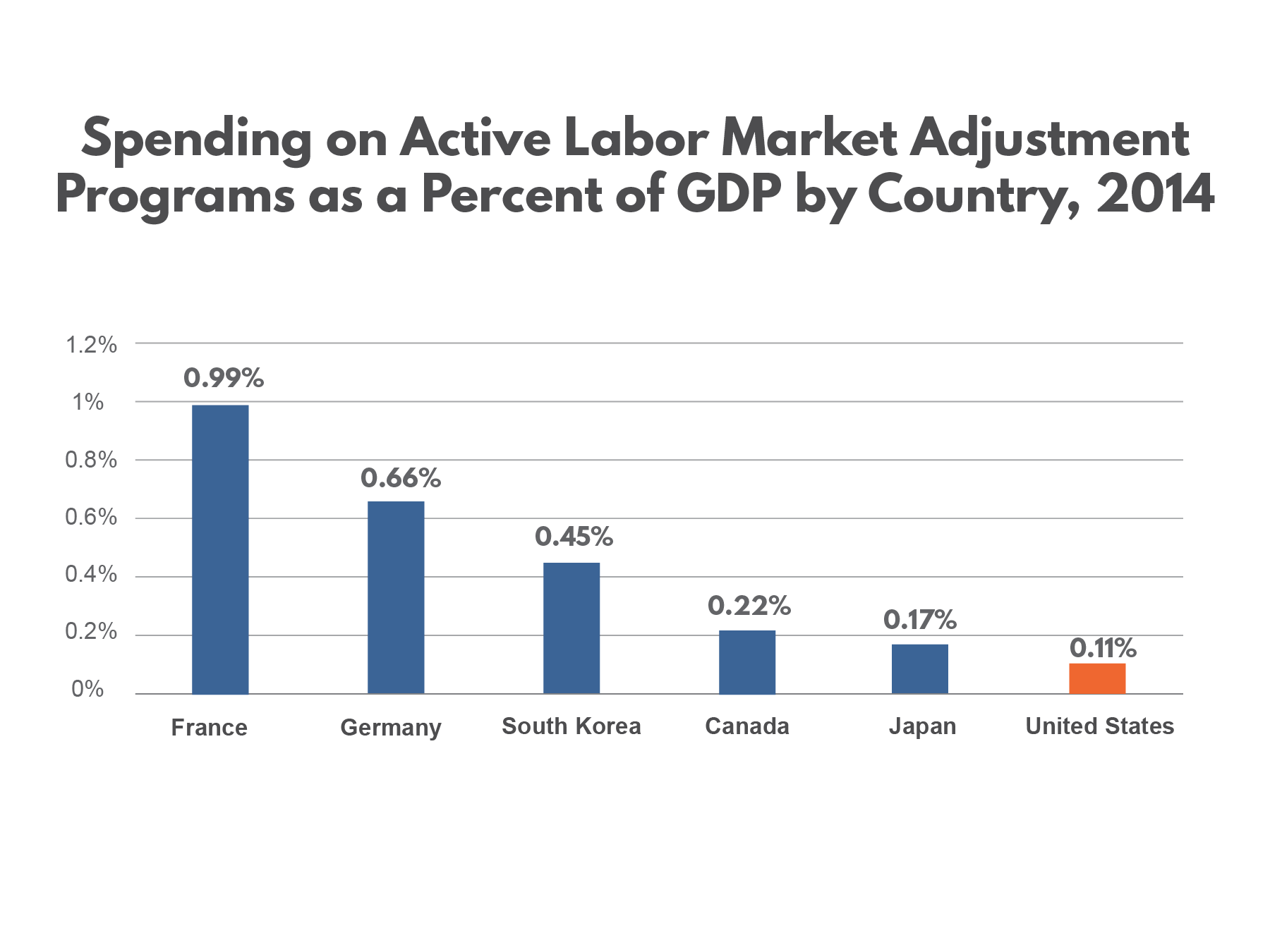 This puts us at a competitive disadvantage—dislocated workers in foreign countries can develop more relevant skills while many Americans are left to fend for themselves. This not only hurts our workers, it makes us far less competitive on the global marketplace.

For a worker who just lost her job, it shouldn’t matter whether the culprit was trade or a robot. The fact is she lost her ability to earn a good life. We need modern solutions to ensure that workers have the resources and opportunities to earn once again.

That’s why we need a Reemployment system, as Third Way has recently proposed. This modern replacement to TAA and Unemployment Insurance (UI) would turn safety net programs into a springboard back to work.

Reemployment would do this by extending eligibility to all workers—whether working on a shop floor, in an office, or on a gig platform. The cause of job loss would not affect eligibility. Workers would also continue to receive income support along with the following large, sweeping changes:

Job displacement is an unavoidable part of the new economy. Rather than give in to protectionist policies that make the United States poorer, less globally competitive, and less integrated, we should pursue a modern plan to truly help dislocated workers. TAA was a good start, but in our rapidly evolving economy, we need much more.