Competing in the global civilian nuclear energy market should be a top economic and security priority for the U.S. Leading authorities including the International Energy Agency have called for at least a doubling of the world’s nuclear capacity to help meet global emissions goals, an effort now ratified in the Paris Agreement.1 Nuclear is now particularly sought after by developing nations, which are trying to meet emissions targets while continuing to drive economic growth and meet soaring demand for reliable electricity.2 The market is booming as a result.

The U.S. Department of Commerce predicts that global demand for nuclear energy technology will total a whopping $500‐$740 billion over the next decade.3 Also of interest for the United States, nuclear deals create strong geopolitical ties between the selling country and the host country—a commitment lasting as long as the reactor life (between 50 and 100 years). In essence, where you have civilian nuclear power deals, you have long-term partnerships and cooperation.

The U.S. was the dominant force in the global civilian nuclear trade for decades, enjoying both the rewards and responsibilities that come along with that. As pioneers in nuclear energy innovation, the U.S. was able to develop world-class products and establish a successful export regime in the 1970’s and 1980’s. Today, America has a multi-billion dollar nuclear energy industry that employs a domestic workforce of more than 100,000 people.4 At the same time, the U.S. has been a leader in global non-proliferation efforts at the International Atomic Energy Agency, supplying the United Nations’ nuclear non-proliferation watchdog with top engineers, scientists, and other experts to prevent the spread of nuclear weapons.5 The U.S. government also helps other nations with regulatory, safety, security, and innovation needs. We consistently prioritize the safety and security interests of the global community. This is what being a responsible world leader looks like.

In recent decades, however, the U.S. has lost its edge as a global exporter. Our products are no longer able to compete with all-inclusive deals offered by Russia’s state-supported industry or with lower-cost Chinese reproductions.6 Losing this market share hurts more than just the bottom line for our producers and workers. It limits our ability to influence global standards. It also limits options for nations in need of nuclear technology—countries that want to purchase nuclear technologies are at risk of getting locked into one-sided deals with our competitors, or being locked out of nuclear energy use all together.

To help our domestic industry adapt to the realities of today’s market and regain global leadership, the U.S. needs a new policy strategy. The federal government must reprioritize American nuclear exports as a key element of its domestic and foreign policy, and can do so by taking the following actions:

Reactors Planned and Under Construction by Home Country Vendor 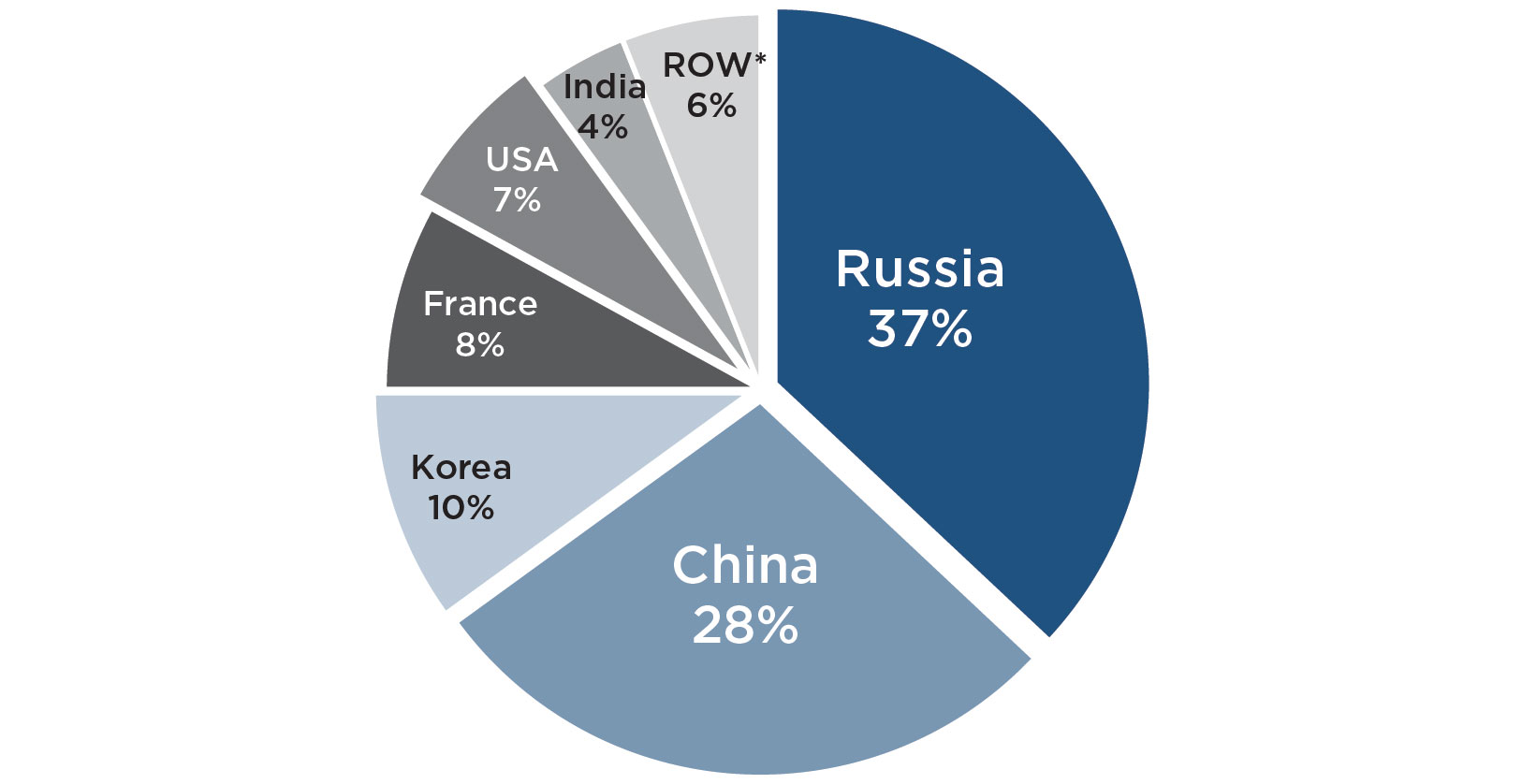 FIG. 2. Reactors Planned and Under Construction by Home Country Vendor, as of October 2015. Source: World Nuclear Association. ROW = Rest of World.7 NOTE: These totals include reactor deals that are currently being negotiated as well as domestic projects.