The New Blue interview series profiles up-and-coming elected officials from around the country doing new and innovative work in their states or local communities.

Amanda Edwards was elected to Houston’s city council in 2015. Houston is the fourth-largest city in America and it has been described as the nation’s most diverse community. As an at-large member of the council, Edwards represents a constituency larger than 15 individual U.S. states. As leader of the Mayor’s Technology & Innovation Task Force, Edwards has focused on developing Houston’s innovation economy, but through an inclusive, community-driven approach. Edwards is also a NewDEAL leader—a national network of rising state and local elected leaders who are pro-growth progressives.

Edwards is a native Houstonian. She grew up and attended public schools in north Houston, before heading off to Emory University and then Harvard Law School. After Hurricane Katrina, Edwards was inspired to move to New Orleans and support the city’s recovery. Edwards later returned home to Houston, where she decided to get involved in public service, and she has been advocating for the city that she loves and sees so much potential in ever since.

Houston’s had quite a year. The city started 2017 hosting the Super Bowl, then came Hurricane Harvey, but you closed the year as World Series champs! How’s Houston doing today? 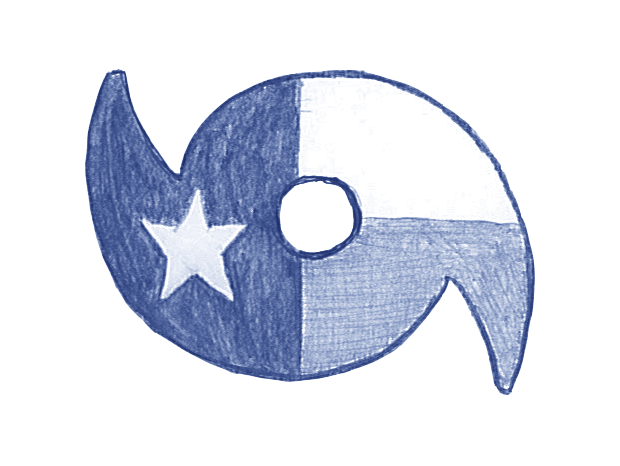 Houston has had some extreme highs and lows this last year. But the spirit of our city is visible and strong. That doesn’t mean we’re out of the woods yet, in terms of Harvey. There are many families still in disarray. What we need is intergovernmental coordination and resources in order to rebuild.

But we’re making progress. Just today, we announced the location of our innovation district—an example of this rebuilding. In spring 2016, I authored an amendment to create the Mayor’s Task Force for Technology and Innovation and in such a short period of time, today, we announced the location for our innovation district. So we’re forging full-steam ahead to build and rebuild an economy of the future and one that’s inclusive. That’s one thing I think that is unique to Houston. We’re the most diverse city in the country, but our diversity doesn’t stand on its own. We also have to be the most inclusive city in the country, and so we’re incorporating inclusivity into our efforts with tech and innovation and beyond as well.

Back to you, let’s say someone is making a movie of your life—what’s your origin story?

I’m a native Houstonian. I grew up, I went to public high school, and had a pretty stable upbringing. I did have a leveling experience when my father was stricken with cancer, and he eventually succumbed to it. His journey, trying to go through recovery, opened my eyes to the fact that public policy can be ‘life and death’ for a lot of people.

I went on to Emory University. I was very involved. I was president of my college, and I was very active on campus. I moved on to attend Harvard Law School. But while I was at Harvard, I watched on TV like everyone else as Katrina hit, and felt compelled to move down to New Orleans. I finished school, I graduated, and moved to New Orleans and clerked for federal court judge Ivan L. R. Lemelle. I also founded a program called “Project NOW: The New Orleans Writing Project,” which is a New Orleans writing project for 7th graders. I’m actually creating a similar program working with young people in Houston as we rebuild from Harvey.

I moved back home after my clerkship. It was a difficult decision for me, but I decided to come home and get involved. I started practicing law while also serving on a bunch of non-profit boards, one of which is Project Row Houses, which is an art space organization that works to transform historically underserved areas in Houston. But I knew my calling really drew me out of the private sector and into public service. I was motivated to get off of the sidelines and become a problem solver and a leader in a place that I loved and could see so much potential. And so, I ran for city council and here I am today.

If you had to describe your brand of politics in a few sentences, what would you say?

I would say that I solve problems through connections to communities and by developing innovative solutions.

You’ve got to connect with your community. There are long standing and complicated problems to erase especially in under-resourced areas. If you’re not connecting with the community on a deep level, how will you understand how to actually improve those circumstances? And I’ve worked on an innovative approach to this with our mayor called the Complete Communities Initiative. It’s a different kind of model where we are engaging the residents to create their community plan, their vision, versus us doing it from a top-down approach.

In the work you do for the people of Houston, what do you see as the primary obstacles and opportunities people encounter when trying to earn a good life?

Infrastructure is an obstacle. We need infrastructure funding. You can't say to somebody, “why do you keep living in a house that’s been flooded many times over?” Are you going to put in the investments so this area doesn’t chronically flood? That is one of the challenges we face as a city in order to make sure people are afforded opportunities to be safe, in a literal sense, in terms of national disasters.

The other piece is access to opportunities. Houston is one of the fastest growing cities in the country because there is access to opportunity, but let’s be clear there’s still much road to travel on this. Where people have a fair shot - no matter their socioeconomic status, religion, background, race, gender – to have the ability to thrive. We still don’t provide equitable access to education. It’s something we have to address.

Given Houston’s size and diversity, what is the top priority for the city and how do you balance the interests of such a diverse population?

Right now the top priority is disaster coverage. It was a big game changer for a lot of families. Harvey was an equal opportunity storm - rich and poor people. Folks had their whole lives turned upside down and so I’ll be focusing on continuing to tell the story.

You led the Mayor’s Technology & Innovation Task Force, which developed recommendations for bolstering Houston's innovation and start-up economy. What does Houston’s economy look like in 10 years if these recommendations are successfully implemented?

Houston has one of the most robust economies in the country, and yet we have very little venture capital available. So the question becomes, how do we change that? We are implementing strategies to develop a robust start-up and innovation economy that is forward thinking with new technology, new investment, new ways in which we’ll get people to where they need to go. It has to start at the education level, as well. So that people who are raised here are eligible for the jobs that will be available here as well.

2018 is shaping up to be a big election year in Texas. In addition, Democrats look to be energized; Democratic primary turnout doubled this year from 2014. What do you think explains this energy?

I think people want to see good governance. They want to bring politics back to a focus on the people. It's not about who amasses the most power. It's about making the community something that the people deserve and helping to make that type of change. People are recognizing not to be limited in terms of what the possibilities are for themselves and for their community. So I think it's great to see the big boost of enthusiasm and I hope that it's something that remains consistent.

Nationwide there’s strong discontent with leadership in Washington. What are voters in Houston looking for from Washington in 2018?

They want Washington to take Hurricane Harvey seriously. There’s an almost $89 billion package for the ‘Roadmap to Recovery’ that passed in February that had been sitting in the Senate since December. The lack of urgency is unacceptable, and moreover, there’s well over $89 billion dollars needed for Texas alone. But that package is supposed to be spread across Texas, Puerto Rico, California, Florida, we’ve got to get more serious about getting real funding in place. 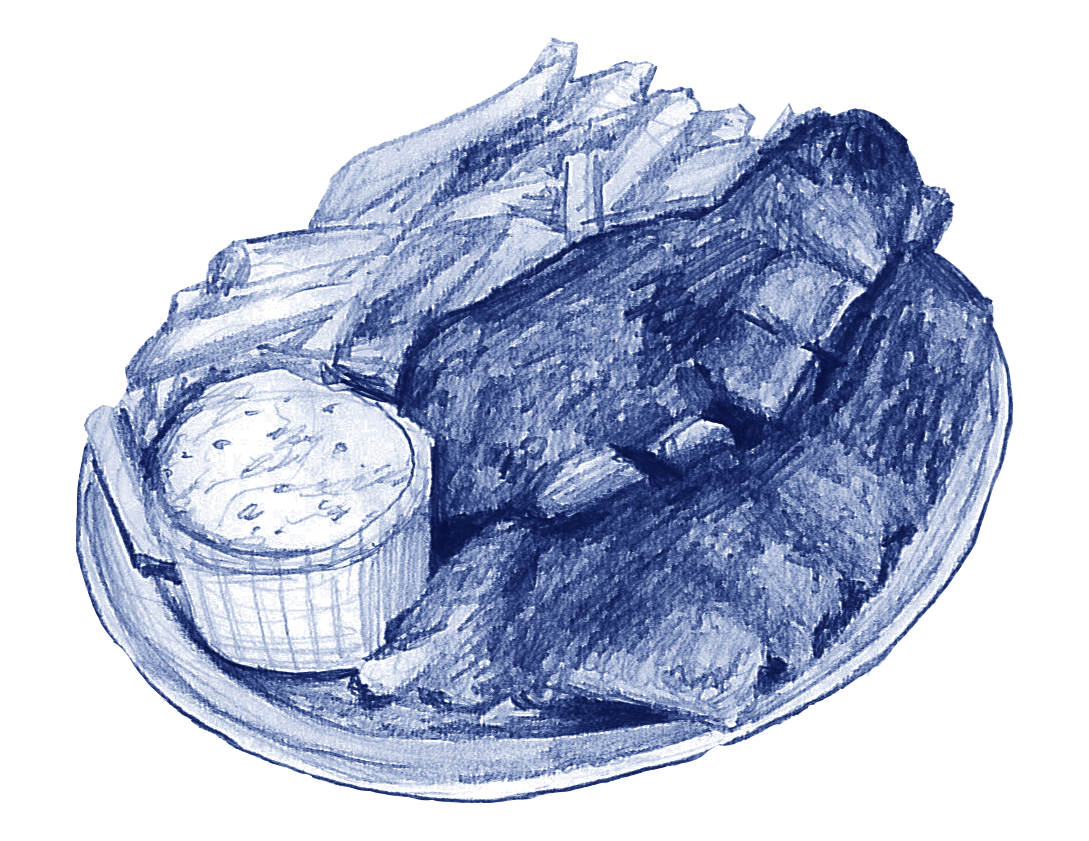 D.C.’s top food critic recently described Houston’s food scene as “If L.A. and New Orleans had a baby.” If you were recommending a few meals in Houston, what would they be?

I can’t tell you, okay I’ll tell you… if you’re into Tex-Mex, then anything Tex-Mex here is delicious. Creole food is very big, gumbo, all of it. And barbeque – I can’t believe I forgot about barbeque. It is major here. People love to eat so I would just say if you come to Houston, you better come with an appetite.

Given the choice of anyone in the world, who would you want as a dinner guest?