Since the President submitted his budget request in February the Republican controlled Congress has taken unprecedented steps to use the Overseas Contingency Operations (OCO) account as a budget gimmick to avert sequestration without fixing this underlying problem. While total Department of Defense funding under the President's plan and both the House and Senate plans is virtually identical, the Republican approach is myopic and a threat to national security in at least three ways:

The House and Senate Armed Services Committees are currently reconciling their plans in a Conference Committee. They are expected to agree on a budget that adheres to the Budget Control Act caps, thus averting sequestration, but instead uses OCO funding to match the President's request. The President has already stated he will veto such a budget for the reasons listed above and others. If he holds to his promise there could be a lapse in military funding unless a Continuing Resolution is passed before October 1. This would be a serious danger to America's security and must be avoided at all costs.

We argue here that Congress should find a solution to sequestration and adhere to the President's budget, which strengthens American security by:

While not perfect—missing opportunities to save taxpayer money on troubled programs like the F-35 and the Littoral Combat Ship—the President's budget ensures our military will have what it needs to defend America today and tomorrow.

The President’s Budget in Context

In 2016, the President’s budget would give the military $534.3 billion in base budget funding—the largest base budget in history—and another $50.9 billion for Overseas Contingency Operations (OCO) funding, for a grand total of $585.2 billion. This is $24.9 billion above total defense spending in 2015 and the base budget is approximately $36 billion above spending caps set in place by the Budget Control Act (BCA).

At $534.3 billion this is a larger base budget than any under President George W. Bush and, even when controlling for inflation, $585.2 billion is far greater than any military budget passed by Ronald Reagan.1

The President’s budget continues to move our military away from aging weapons and makes crucial investments in the troops and technologies that will be vital for winning wars in the 21st century.

Special Operations troops have become indispensable in the fight against terrorist organizations. The President's budget accordingly increases their funding and will pay for 69,000 Special Operations personnel in 2016.

Given growing cyber threats from China, North Korea, and even from the Islamic State of Iraq and Syria (ISIS), the President's budget rightly increases funding for both offensive and defensive cyber operations. For example, the Air Force alone is adding an additional 200 cyber operations personnel. The budget also provides funding for the Joint Operations Center for U.S. Cyber Command, which, when up and running in 2018, will better coordinate DoD cyber efforts.

Investing in Research and Technology

The budget also makes key investments in the weapons we'll use to win the wars of tomorrow, like electronic and laser weapons systems which receive a funding increase of more than 10%. Similarly, Unmanned Aerial Vehicles (UAVs or drones) receive substantially more funding than in 2015. For example, the President’s budget would fund 29 of the military’s most heavily armed drones, the MQ-9 Reaper, which has been essential in the fight against ISIS.3 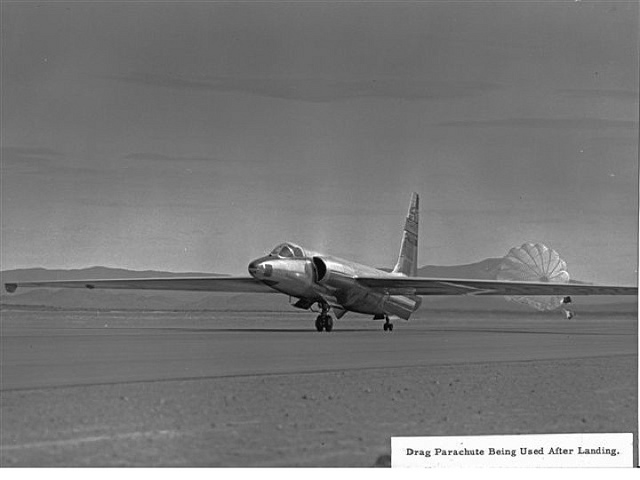 In addition to preparing for threats of the future, the President’s budget makes important cuts to aging weapons. For example:

With the increasing technological sophistication of our adversaries, it’s essential that we invest today in weapons best suited to fight the wars of tomorrow.

Given the tight fiscal environment, the President’s budget prioritizes leveraging allies and promoting stability aboard. This saves taxpayer money and minimizes the number of U.S. troops in harm’s way. A glaring example of this is in Afghanistan, where the President proposes spending $3.8 billion for the “sustainment, operations, and professionalization, of the 352,000 strong Afghan National Security Forces (ANSF).” This $10,795 cost per Afghan troop is a pittance compared to the $1.283 million taxpayers will pay per U.S. troop in Afghanistan in 2016. While Afghan troops lack the training and overall ability of their U.S. counterparts, at 1/118 the cost they’re a bargain for taxpayers and vital for ensuring long-term stability in the country. 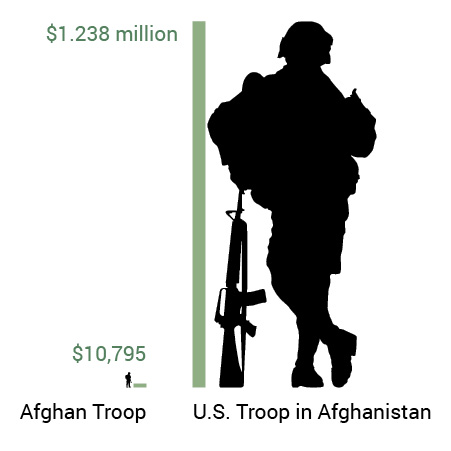 Beyond Afghanistan, the President’s budget invests heavily in other regional partners. The Counterterrorism Partnership Fund (CPF), which aids countries that are fighting terrorist groups like ISIS, grows to $2.1 billion—a 61.5% increase from what Congress approved for fiscal year 2015. The budget also offers $1.3 billion to train and equip those fighting ISIS in Iraq and Syria.

Much more work remains to reduce the large Pentagon back-office and top-heavy bureaucracy, because, as Ash Carter said in his Secretary of Defense nomination hearing, "We’ve just got to get rid of the overhead here so we can spend the money on the warfighter.”7 Fortunately, the President’s budget takes some important steps to combat this problem.

Third Way has repeatedly warned about the consequences of what we call Star Creep—the increasingly top-heavy military bureaucracy.8 Thus, we're very pleased to see that this budget reaffirms the decision to cut headquarters operating budgets by 20%.

The budget also requests a round of Base Realignment and Closure (BRAC) in 2017. While politically unpopular, the DoD Comptroller is asking Congress for a BRAC because, “The Department is wasting scarce defense resources on maintaining facilities that far exceed DoD’s needs…as the Department draws down to a smaller, more agile force, it must eliminate all areas of waste to include maintaining unneeded facilities.”9

These steps are critical to ensure that DoD isn't wasting money on the back-office that could instead go to protecting our troops on the front lines.

“Not every defense dollar is spent as well as it should be,” according to Secretary of Defense Ash Carter.10 Despite providing for a robust defense, this budget adheres to Carter’s maxim, as it wastes taxpayer money on at least three weapon programs—the F-35, the Littoral Combat Ship (LCS), and DDG-51 destroyers.

The F-35 is the most expensive weapons program in history and has been plagued by cost-overruns and performance failures. The F-35 was “estimated to cost $220 billion …now we’re going to spend more than $330 billion to buy 400 fewer airplanes," Senator John McCain (R-AZ) said during Carter’s confirmation hearing.11

The plane is simply not ready for mass production, yet the President’s budget requests 57 of the planes at a cost of more than $10 billion. What’s worse is that all of these aircraft will require costly retrofits once all of the planes' kinks are worked out. As Third Way has noted previously, the F-35 is the fighter aircraft of the future, and there’s not an operational necessity to rush it into production today.12

Similarly, since its inception the Littoral Combat Ship (LCS) has run over budget and failed to deliver the capabilities it promised. But, again, instead of cutting our losses the President’s budget opts to spend nearly $2 billion on LCS that are deemed to be not “survivable in high intensity combat” by the DoD’s own testing office.13 As Third Way has argued previously, the Navy should buy a much more powerful, survivable, and generally more capable ship than the LCS.14

As it has in previous years, this budget request pays for DDG-51 Destroyers in lieu of next-generation DDG-1000 destroyers. A DDG-51, while less expensive up front, costs more to operate in the long run and has significantly less firepower than a DDG-1000.15

Despite these missed opportunities, overall this budget takes important steps to modernize the U.S. military to address 21st century threats.

As it has been since 2011, the key question for Congress will be what to do about sequestration. This budget is well over the BCA caps and would thus trigger sequestration, prompting the across the board cuts that were so damaging to the U.S. military in 2013. To avoid repeating this mistake, Congress and the President must agree to increase or eliminate the spending caps or reduce this defense budget by approximately $36 billion, which would reduce U.S. military capabilities.

In either case, as Congress and the President move forward they must ensure that our military remains without peer and is ready to win the wars of tomorrow.