Getting Her Money's Worth: What Will It Take to Achieve Equal Pay?

On Equal Pay Day, Third Way hosted Senator Kirsten Gillibrand and Senator Heidi Heitkamp for a conversation with The Washington Post's Catherine Rampell on how paid leave and other policies can help close the gender pay gap. 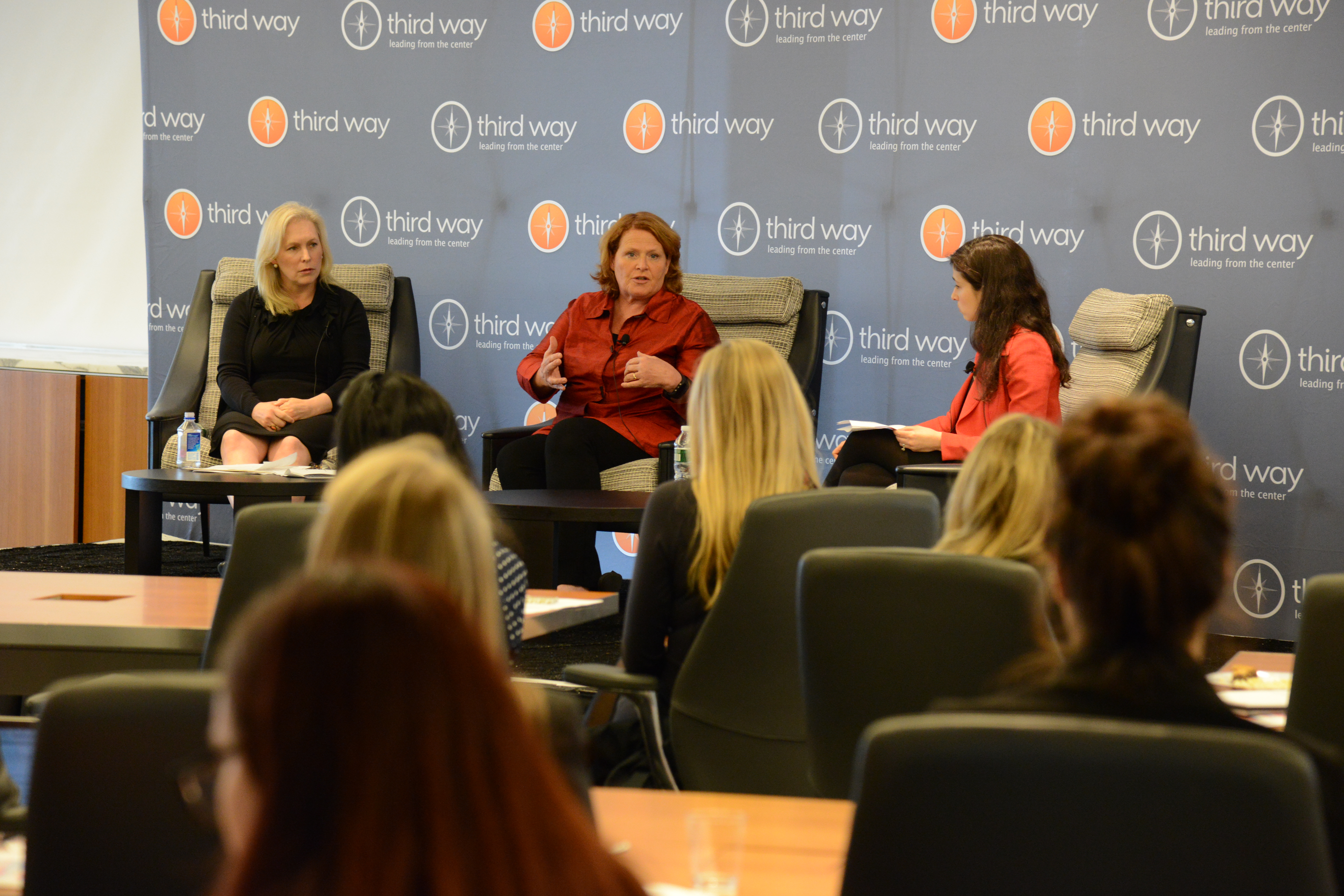 The senators told us it is a political failure that we have not yet addressed these real life issues from an empathetic and economic standpoint. Both senators advocate for a federal paid leave law. Four out of ten mothers are the sole or primary breadwinner. Senator Gillibrand explained that closing the gender pay gap isn't just a woman's issue—it's a family issue. Senator Heitkamp told the audience it's an issue of business competitiveness in her state of North Dakota. If neighboring Minnesota advances paid leave legislation, it makes it that much harder for North Dakota businesses to attract and retain workers.

There's also a baseline problem, Senator Heitkamp said, that we don't pay women who work hard enough. She pointed to the example of a certified nurse assistant who does difficult physical labor to care for patients and yet is among the lowest paid workers in America. Resolving the huge problem of unequal pay within professions is one goal. Another, Senator Gillibrand said, is getting more women into high-paying fields. She added that there are structural changes in addition to paid leave that will help women stay in the workforce. The high cost of daycare is a huge impediment for young workers and an example of a structural change that can help women better compete. 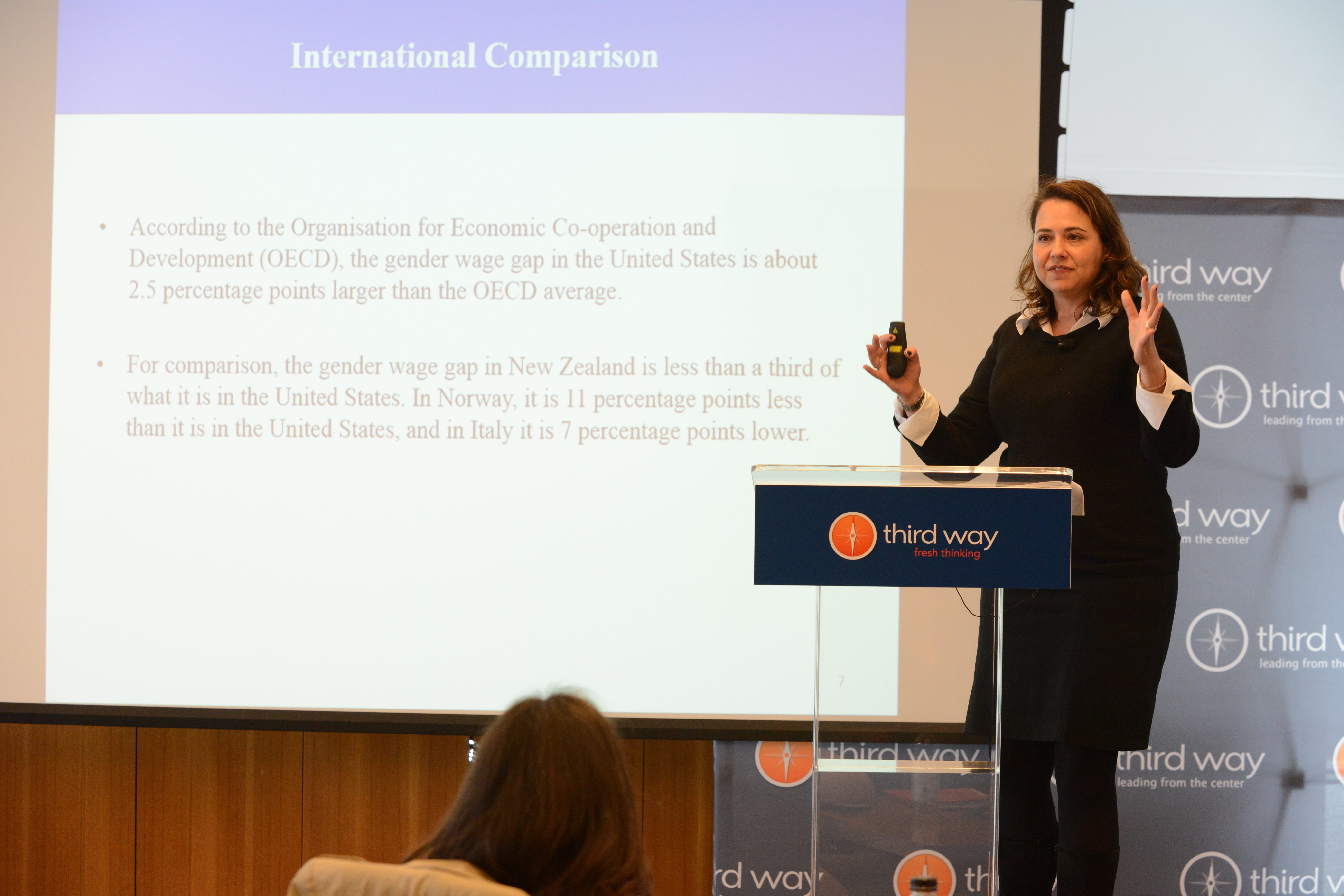 Following the conversation with the senators, Council of Economic Advisers Member Sandra Black gave a presentation on the economic forces behind the gender pay gap. U.S. GDP would be $2 trillion smaller without the increase in female employment and hours worked by women since 1970. But progress on closing the pay gap has flattened since 2001. Differences in occupation and industry play a role in the wage gap. In some industries the gap is very large: there's a 39% pay gap among personal financial advisors and a 38% pay gap among physicians and surgeons. Black told the audience that policies like paid family leave can help women stay in the labor market and increase lifetime earnings.

You can see the full CEA presentation from the event here. 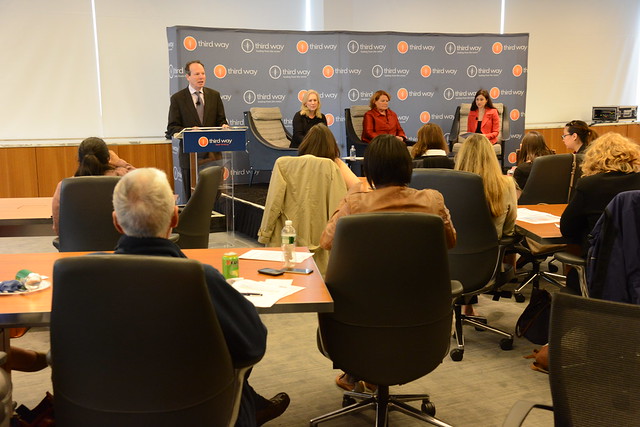