In this extraordinary moment in our politics, the stakes for 2020 couldn’t be higher. The way to end the chaos and injustice that are the hallmarks of the Trump era is to win.

That’s why Third Way, in conjunction with the Black Economic Alliance and Winston Fisher, gathered Democratic officials, strategists, constituency leaders, campaign staff, and influencers from early and battleground states to chart the way to win in 2020. The event, held in Charleston, South Carolina, built on Third Way’s 2018 strategy session in Columbus, Ohio, where Democrats coalesced around a message of economic opportunity that delivered the House majority and helped rebuild the Blue Wall. 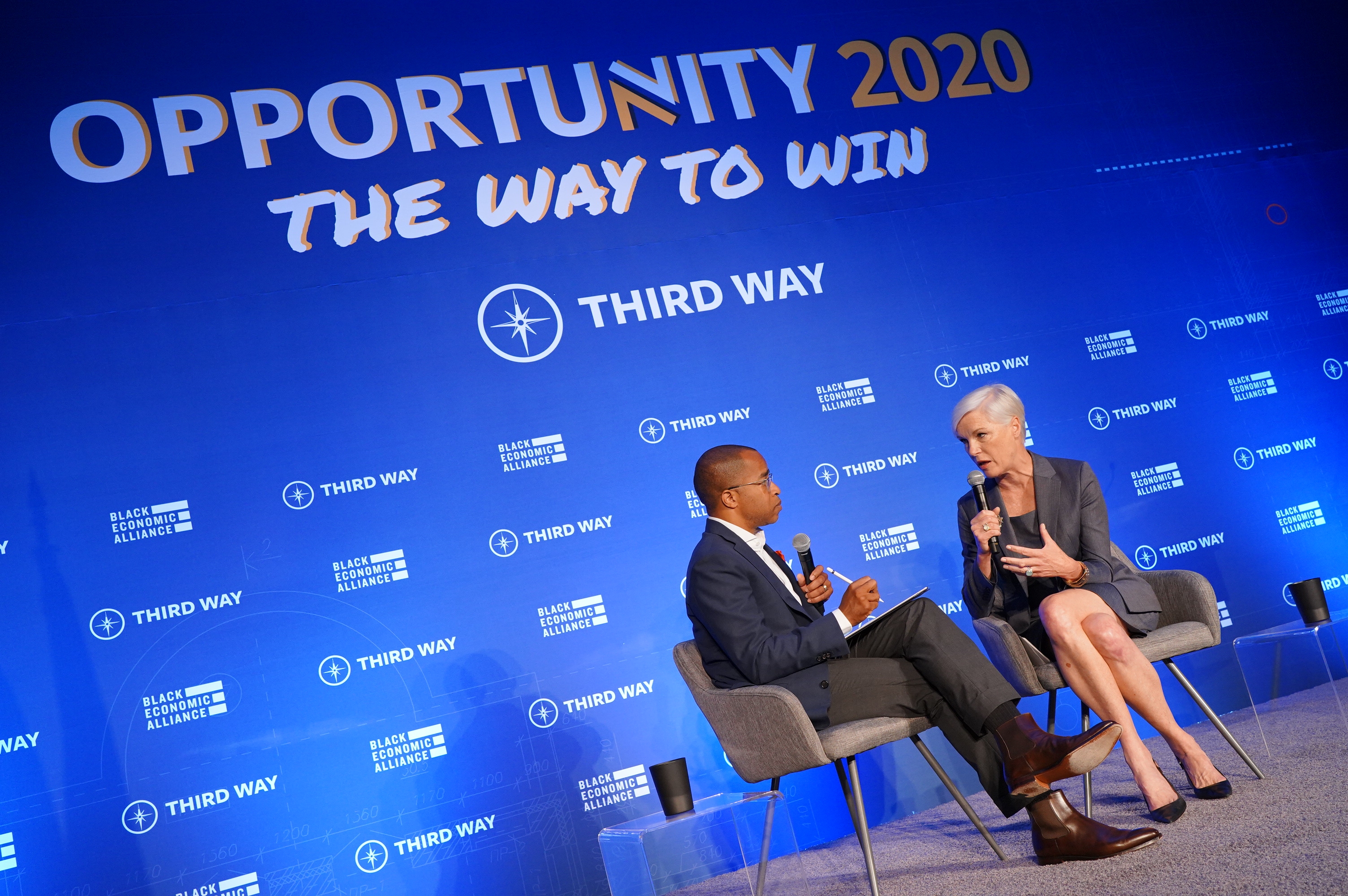 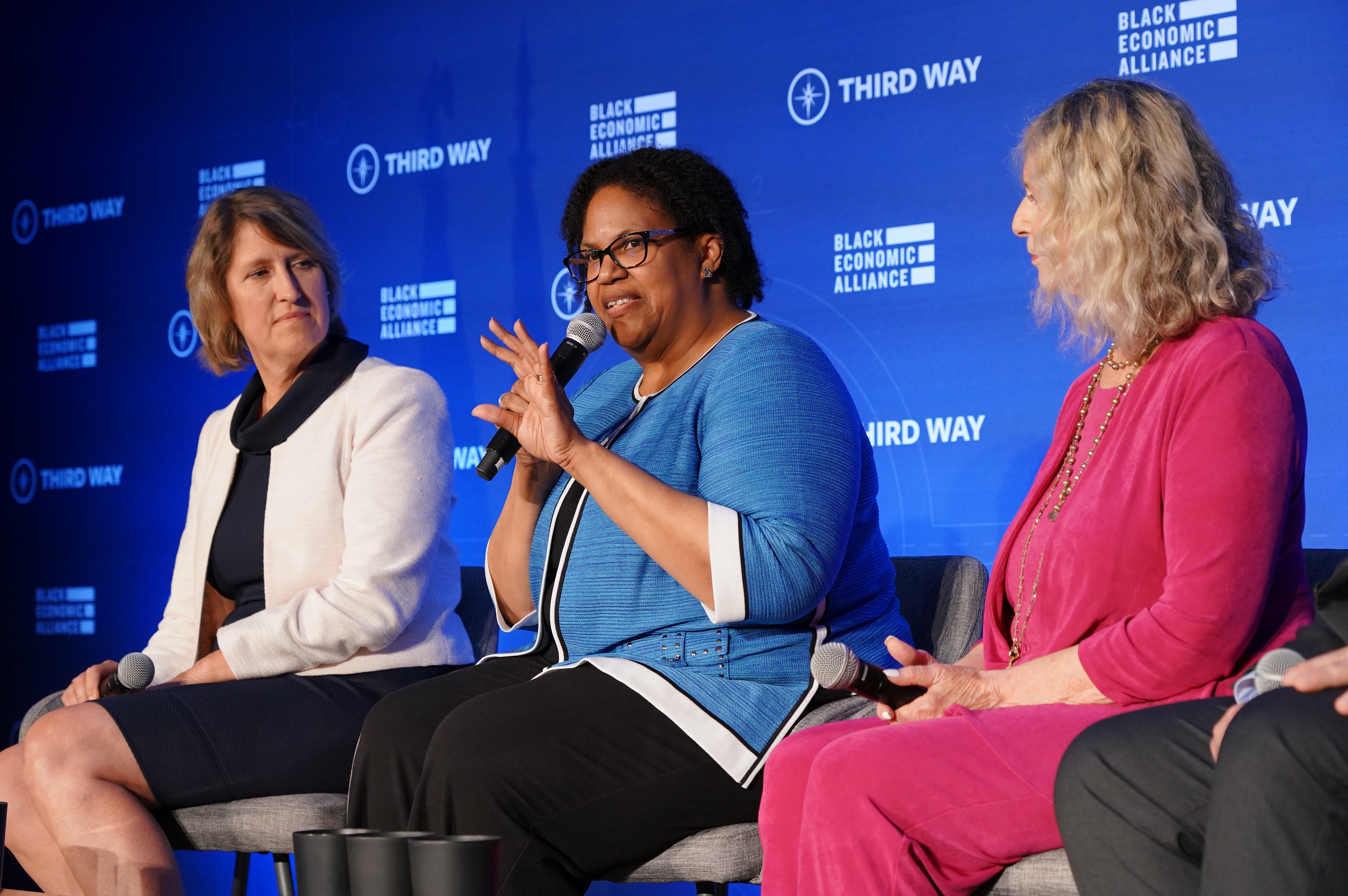 At #Opportunity2020, Democratic leaders discuss how to win everywhere—from the new South, to the Blue Wall, and in the West. We focused on the role of women in 2020, the economy and expanding opportunity in black communities, and lessons from what worked in the 2018 midterms. And participants considered how that informs a strategy to win the presidential race.

Third Way President Jon Cowan addressed the gathering about the importance of a broad coalition, a resonant cause, and the right message to win in 2020.

Democratic voters are fired up to win, but they know victory is not a sure thing. Primary voters—54% of whom wanted the Party to be more moderate in a recent Gallup poll—are taking a pragmatic approach. If candidates get too far to the left of the Democratic mainstream, we risk giving Trump a second term. Obama 2012 campaign veterans Jim Messina and Jen Psaki shared their advice to Democratic candidates about how to build a winning presidential campaigns.

Third Way's Lanae Erickson presented data from our second national poll of Democratic primary voters that illustrated the distorting Funhouse Effect of focusing too much on the views of "Extremely Online" Democrats, who are unrepresentative of the makeup and preferences of the broader Democratic electorate.

We heard from a diverse and exciting group of leaders about the way to build a broad Democratic coalition.

To defeat Trump, Democrats must build the broadest-possible coalition of voters. By offering bold, modern solutions for voters’ pocketbook concerns—affordable health care and jobs that offer every American the opportunity to earn a good life—Democrats will be primed for success in blue, purple, and red places. That’s the #WayToWin and rid ourselves of Trump once and for all.

☑️Mobilize a broad coalition of voters
☑️Offer a strong, clear economic message
☑️Listen to the stories, voices, and concerns of women

Glad to spend the morning at #Opportunity2020 talking about these ideas — and more — with @CapehartJ. 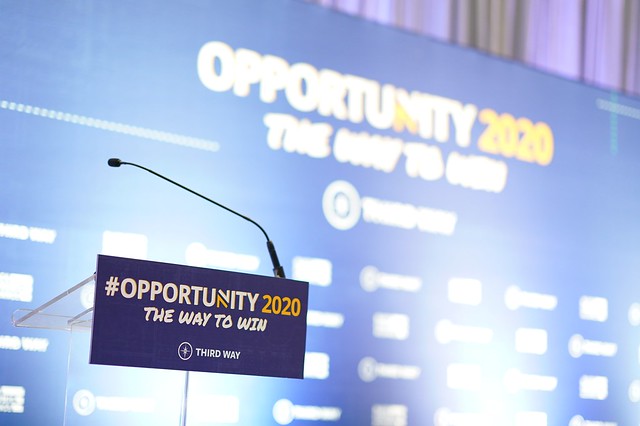