A new national poll of 1,685 likely US primary voters finds that a majority of those who responded believe it is critical for the next American president to make reducing cybercrime a top priority. The results come on the heels of recent polling that finds Americans view cyberattacks as the top security threat to the country right now. These polls make it clear that in the next presidential election, cyber threats remain a top national security concern for voters.

From August 23-26, Change Research polled 1,695 likely primary voters. With the support of Third Way’s National Security Program, the poll asked voters, “How important do you think it is for the next president to make reducing cybercrime a top priority?”

The responses show that an overwhelming majority of Americans believe that reducing cybercrime should be made a top priority. This may be driven by daily stories of ransomware attacks on US cities, data breaches at financial institutions, and foreign intrusions into US election infrastructure. The majority of Republican and Democrat respondents believed that cybercrime should be a top priority. Across other demographic factors like gender, race, and age, there was general agreement that it should be a top priority. However there were differences in the degree of importance they gave to cybercrime that are discussed in the following paragraphs. 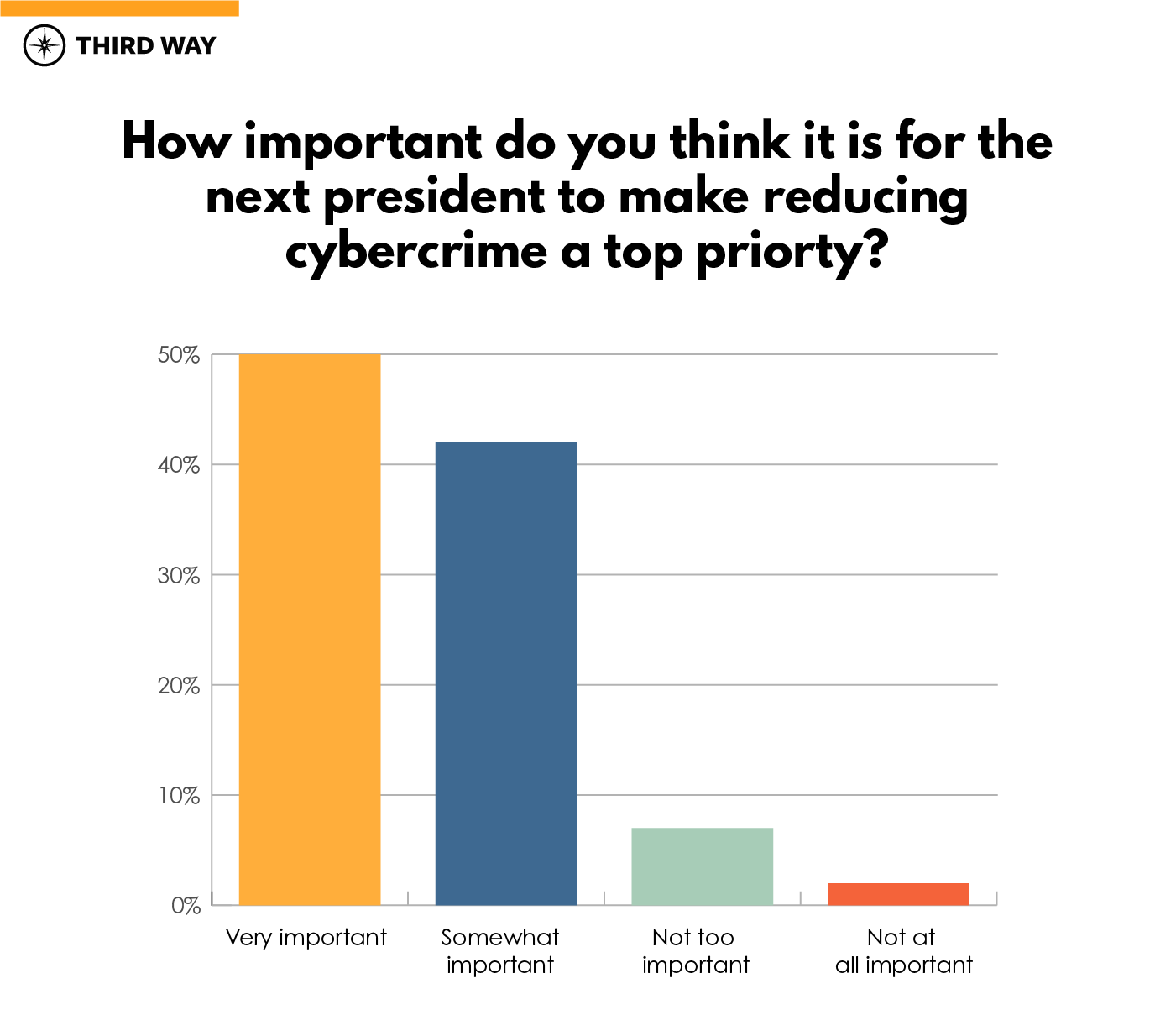 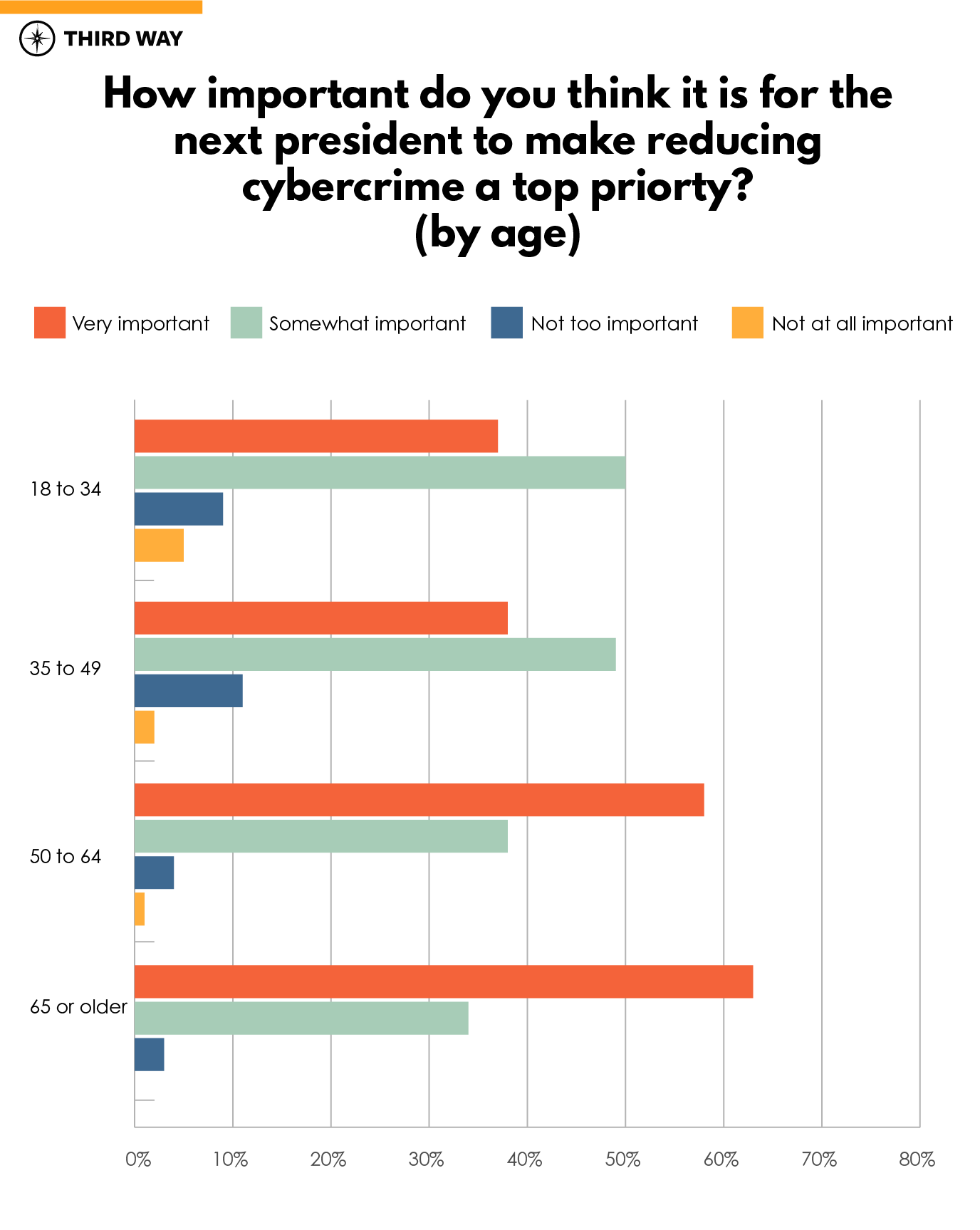 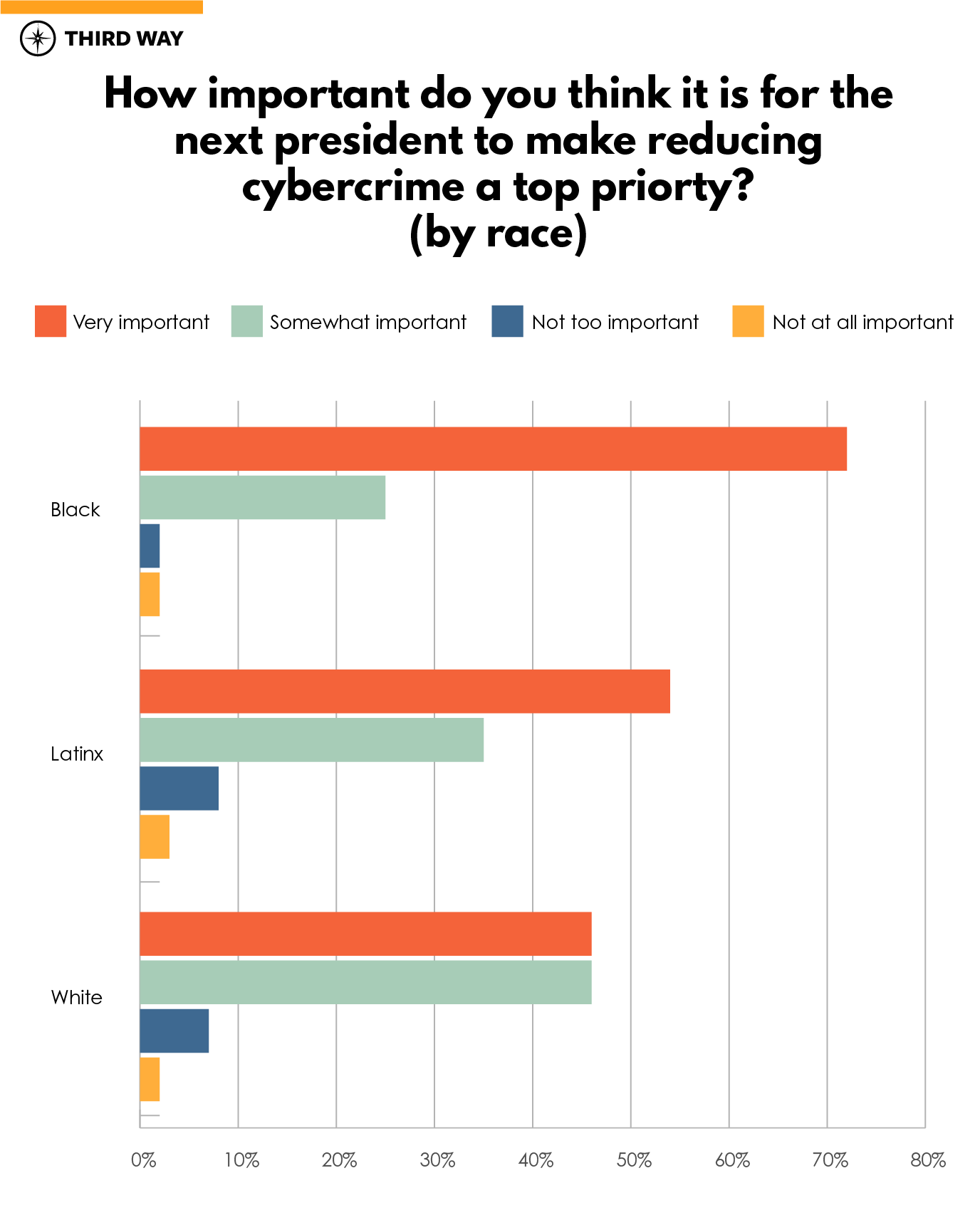 The responses are supported by recent polling on perception of national security threats to the United States. A new public opinion report released this month from the Chicago Council on Global Affairs found that the over 2,000 respondents polled rated cyberattacks on the US as the top national security threat, mirroring similar findings in a February 2019 Pew Research Center poll. More Americans experience the impact of cyber threats first-hand than many other national security threats. A 2018 Gallup poll found that one in four American households have been the victim of a cybercrime in the last year.

The bottom line remains that Americans have in poll after poll said that they deeply care about cyberattacks and cybercrime. We need a president that takes on this problem as a top national security issue and Third Way has a number of proposals to impose more consequences on the human beings behind these attacks to help them.